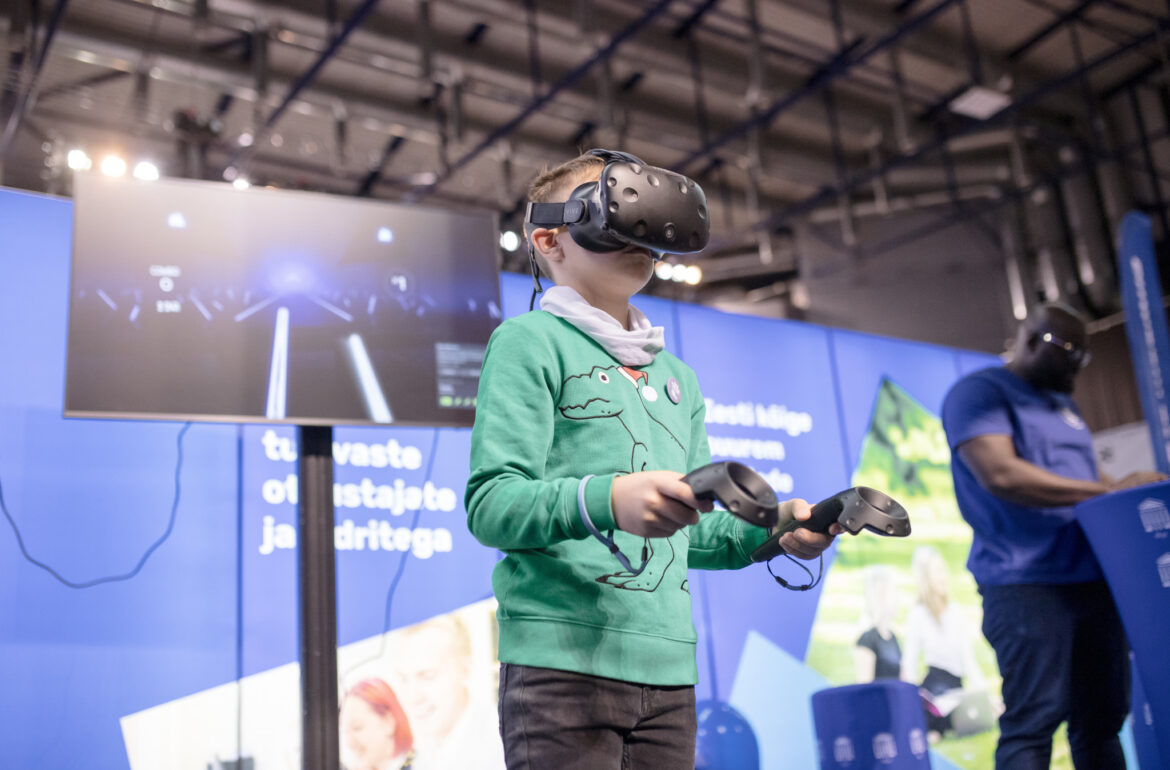 Computer-based environment and virtual reality is one of the most novel possibilities for paediatric neurorehabilitation available today. Photo credit: Renee Altrov.
Share

Use of a computer environment is a new and fast-developing field in paediatric neurorehabilitation. The first longitudinal study in Estonia on the cognitive and social rehabilitation of children with acquired brain injury was completed at the University of Tartu, confirming the efficiency of using computer-based programmes and virtual reality for improving children’s attention, visuospatial abilities and social skills.

According to a researcher at the University of Tartu Faculty of Medicine, Marianne Saard, neurorehabilitation is a systematic intervention designed to compensate for or remediate cognitive and/or behavioural impairments caused by brain injury, to improve coping with daily life, increase skills to do what is desired and required, but which is difficult due to the impairments caused by the injuries.

In her doctoral thesis “Modern Cognitive and Social Intervention Techniques in Paediatric Neurorehabilitation for Children with Acquired Brain Injury” Saard studied one of the most novel possibilities for paediatric neurorehabilitation available today: use of a computer-based environment and virtual reality. “It is a method that is engaging and safe for children and allows them to practice the skills they need, from attention, space awareness and memory, to manual skills and to develop communication skills,” noted Saard.

The positive effect of neurorehabilitation in the treatment of cognitive and social deficits in children with acquired brain injuries has been proved by many earlier studies, and was also confirmed by the first longitudinal study in this field in Estonia conducted by Saard. Within the doctoral thesis and under the supervision of dr Anneli Kolk, an associate professor in paediatric neuropsychology at the University of Tartu, Saard and the research team developed research-based intervention protocols and new technology-based rehabilitation methods for the specific treatment of impaired functions in children.

The study involved 59 children with a diagnosis of epilepsy, traumatic brain injury or tic disorder and a control group of 47 healthy children, all children aged 8 to 13 years. The children in the study group completed 10 training sessions, and were tested before and after each of the sessions.

For the rehabilitation of attention and visuospatial impairments, intervention protocols were created based on the ForamenRehab computer programme. A structured social rehabilitation model was developed for improving children’s social skills, and to test the efficiency of the model, a rehabilitation process was conducted in a virtual reality environment and on two multitouch tables: the Snowflake Multiteach Tabletop and the Diamond Touch Table. “During ten training sessions, children developed their cooperation skills by solving complex situations in a virtual environment and improved their social skills through analysis and role play,” described Saard.

According to Saard, feedback from the children and their parents showed that the skills acquired through training carried over to every-day life – children’s academic performance and behaviour improved. “100% compliance indicated that children were motivated to participate in trainings and that computer-based rehabilitation is suitable for the treatment of children’s cognitive and social deficit,” confirmed Saard.

The supervisor of the doctoral thesis is an Associate Professor in Paediatric Neuropsychology at the University of Tartu and a Child neurologist and Lecturer at Children’s Clinic of Tartu University Hospital, Department of Paediatrics and Neurology , dr Anneli Kolk.

Notice forwarded by:
Virge Ratasepp
Communication Specialist at the University of Tartu Faculty of Medicine
+372 5815 5392
virge.ratasepp@ut.ee