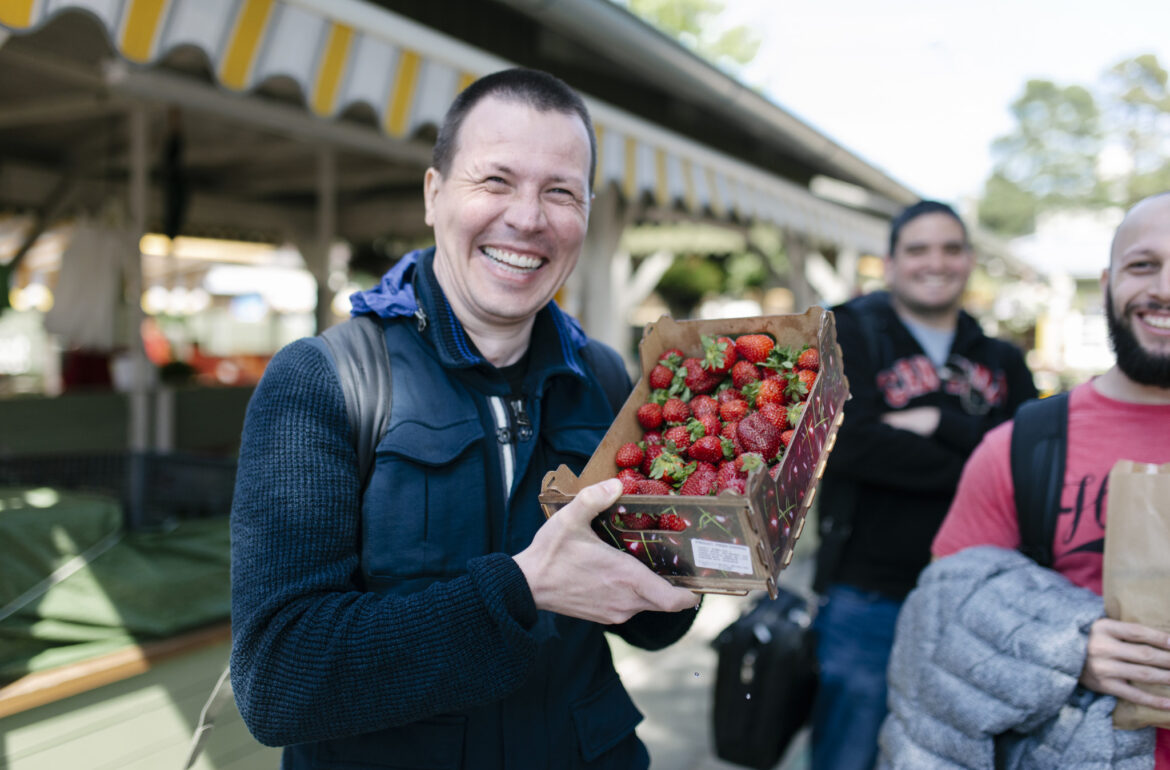 For normal gut and body function, the diet should contain sufficient amounts of (at least 25 – 35 grams) various dietary fibres. Fibres are a type of carbohydrates forming a big group of molecules of very different structures and sizes that have different functions in our body.

In their recent study, the Center of Food and Fermentation Technologies in cooperation with the National Institute for Health Development and scientists of the Microbiomics Research Group from TalTech Department of Chemistry and Biotechnology analyzed the links between the dietary fibres in common Estonian diet, the body mass index, the content of blood lipids and the faecal microbiota.

The head of the research carried out by the Center of Food and Fermentation Technologies, Senior Researcher of TalTech Division of Food Technology, Kaarel Adamberg says, “The volunteers participating in the study filled out a food frequency questionnaire and completed dietary records in the days prior to the analysis. The blood and faecal samples were collected at the beginning and end of the two-month study. The goal was to map Estonians’ eating habits in more detail, with a focus on fibre intake.”

A significant innovation compared to the previous dietary studies was that the fibres were divided into seven categories to differentiate the variety of fibre profiles consumed. The categories were based on the chemical composition of fibres that require similar enzymes for degradation. The categories were as follows: the fructans, pectins, arabinoxylans, beta-glucan, lignin, cellulose, and others. In addition, the content of other nutrients in the daily diets was analyzed on the basis of the dietary records.

Kaarel Adamberg says, “Our findings confirmed the results of a previous survey conducted by the National Institute for Health Development indicating that Estonians eat less fibre than recommended in the dietary guidelines (a daily intake of dietary fibre of 25–35 g, i. e. at least 13 grams per 1000kcal). Categorizing of the fibres helped us to determine the fibres and the related foods that are most often absent or underrepresented in the common diets.”

Based on the total fibre intake, the study subjects were divided into high and low fibre intake groups, with intakes of above 30 grams and below 19 grams per day (normalized for a 2000 kcal diet) respectively. Several differences were seen between these groups, in particular the fact that the average body mass index (BMI) of the high fibre intake group was lower than that of the subjects of the low fibre intake.

In high fibre diets the main sources of fibres were arabinoxylan rich cereals (such as rye and whole wheat), fruit (especially apples), β-glucan rich oats and pectin and cellulose rich vegetables (carrots, cabbages). Bacteria from the groups of Roseburia, Bacteroides xylanisolvens and Oxalobacter formigenes were found in the gut microbiota of people eating high fibre foods. In the low fibre intake group, however, the consumption of refined cereals (white bread), meat and confectionery products was considerably higher. The low-fibre diet contained proportionally more fructans, which is implied also by the characteristic composition of their gut bacteria dominated by Collinsella, Coprococcus and Dorea. These bacteria have been associated with overweight also in other studies and it is assumed that may be involved in the activation of inflammatory processes in the gut.

“The study indicates that our eating habits are closely related to the composition of our faecal microbiota and health indicators and that a proper diet (e.g. high-fibre diet that provides the necessary dietary fibres) could support health by improving the intestinal microbiota,” Kaarel Adamberg says.

The findings of the research were published in the Journal of Food Sciences and Nutrition in the article “The composition of faecal microbiota is related to the amount and variety of dietary fibres“.