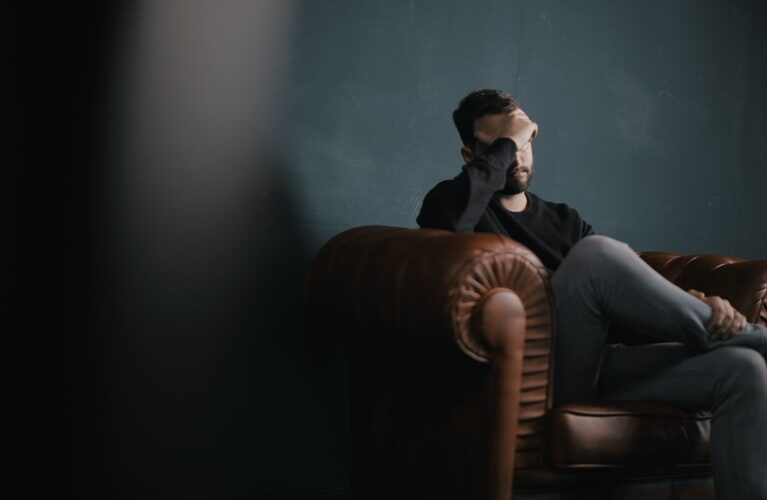 Schizophrenia spectrum disorder is characterised by significant impairments in reality testing and behaviour, which may involve a decline in functioning. Photo credit: Unsplash.com
Share

Studying the inflammatory and metabolic markers in the different stages of schizophrenia spectrum disorders is of great importance. At the University of Tartu, a study on this topic was completed and the results will help diagnose the disease, and monitor and avoid the manifestation of side effects of the treatment.

A psychotic episode significantly decreases a person’s ability to adequately sense the surrounding world, analyse their feelings, thoughts, behaviour and surroundings. The first psychotic episode may remain the only one, but most of the time, the attacks recur and exacerbate over time – in which case it is a chronic psychotic disorder or a schizophrenia spectrum disorder.

Schizophrenia spectrum disorders are severe and chronic psychotic illnesses that have a strong biological basis. The illness usually manifests in young adulthood and lasts one’s whole life. It is characterised by significant impairments in reality testing and behaviour, which may involve a decline in functioning.

For more than a century, researchers have tried to understand the mental processes in humans and their deviations. Based on the accumulated knowledge, anomalies in psychological functions have been increasingly linked to disturbances in the interaction between the various brain neurotransmitters, which in turn is strongly influenced by the general condition of the body’s metabolic and immune system.

To contribute to research on this topic, a doctoral student in neurosciences at the University of Tartu Faculty of Medicine, Roman Balõtšev, focused in his doctoral thesis “Interaction between the immune and metabolic systems in different stages of schizophrenia spectrum disorders” on the shift in the profiles of inflammatory and metabolic markers measured from blood serum in patients with a psychotic disorder, and compared the results with those of the control group.

The study led by Balõtšev included 38 participants with first-episode psychosis who were included in the study before starting the antipsychotic treatment, and who were monitored over 7 months. The study included a further 105 patients in the chronic stage of the illness. The control group comprised 185 subjects of the same age without any psychotic or other severe psychological disorders and with unaffected close relatives.

The doctoral thesis showed that in the case of first-episode psychosis, an increase can be seen in the patients’ blood serum levels of markers indicating the existence of low-grade inflammation, which recedes during the 7-month treatment. However, the 7-month treatment caused, as a side effect of the treatment, a significant rise in body weight and a shift in an unfavourable direction in the serum levels of biomarkers indicating the metabolic balance (incl. C-peptide, resistin, adiponectin, and leptin).

With a chronic psychotic disorder and ongoing antipsychotic treatment, persistent unwanted increases in the levels of metabolic and inflammatory markers can be seen in the organism, which are linked to a higher risk of developing metabolic disorders and cardiovascular diseases.

Based on earlier scientific results, studying the inflammatory and metabolic specificities in the different stages of schizophrenia spectrum disorders continues to be of high importance. Such studies provide new information for understanding the nature and development of the disease, and enable to avoid unwanted side effects that may occur with antipsychotic treatment.

The results of Balõtšev’s research can be used in the future in clinical work for making more evidence-based diagnoses and for monitoring and avoiding the development of the side effects of antipsychotic treatment.

Roman Balõtšev is defending his doctoral thesis “Interaction between the immune and metabolic systems in different stages of schizophrenia spectrum disorders” 22 May at 10 am, room 1006 at Biomedicum (Ravila 19, Tartu).