Algorithms run the Estonian government, and people trust it 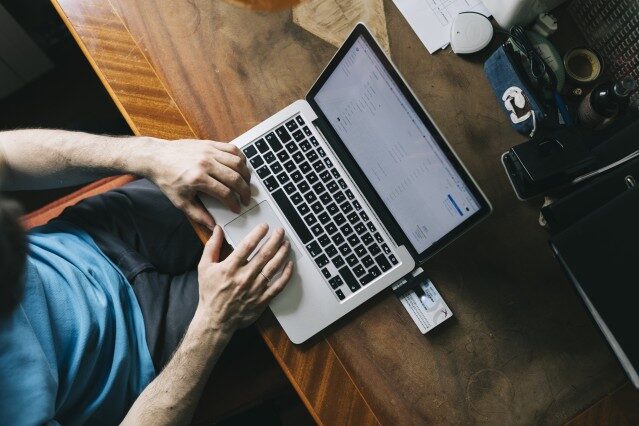 Identity in Estonia can be verified online either by connecting an ID-card with the computer or via mobile phone. Photo credit: Rasmus Jurkatam
Share

A good e-government is built on good math, not just good people, according to cyberlaw scholar and legal philosopher Helen Eenmaa-Dimitrieva.

Every Estonian citizen has an ID number written on a card that they use to communicate with the government. They slip their piece of plastic in a reader, or type in a code on their smartphones, to sign documents, apply for a driver’s licence, pay taxes, vote in parliamentary elections, start companies, even name their children. They can do almost anything online except for getting married or buying real estate.

Instead of queuing up in public institutions, wondering whether the grumpy guy behind the desk will hear them out this time, or hoping the absent-minded lady won’t make a mistake when marking down their email address, Estonians can use their laptop or smartphone to speak to the government while having their morning coffee.

Their ID is their direct line to their state. This is how Estonia’s public administration speaks to its citizens without any actual human encounters.

And there aren’t any specific politicians or officials behind the system that the citizens have to know and trust. It often suffices to rely on the standard procedures and algorithms.

As Eenmaa-Dimitrieva, researcher in informational technology law at Tartu University showed in her latest article (soon-to-be-published by the Max Planck Institute Luxembourg https://www.mpi.lu/home/), people don’t always need to place their blind trust in other people in order to accept new technologies. It’s the mathematical certainty that they should be able to count on. A good solution will sell itself.

For example, counting paper ballot votes usually brings a different result every time. With e-votes, the answer can be mathematically demonstrated to always be the same, no matter who or how counts them. Estonia was the first nation to hold legally binding general elections over the internet in 2005.

The latest European Commission’s “Digital Economy and Society Index Report” lists Estonia as a top performer when it comes to digital public services. More than 90% of internet users choose to submit filled forms to the public administration online.

Trust is usually something that people bring up when speaking about digital services.

According to Eenmaa-Dimitrieva, in many other European countries, it’s not common to speak about mathematical certainties and trusting the machine when it comes to e-governance.

The discussion usually revolves around how much a certain politician is trusted by the public. In Estonia, it’s more common to speak about the technology itself, not about the people introducing it.

Estonia’s story is different, since the very beginning.

It turns out that relying on the machine and its algorithms has been embedded in Estonia’s state since its rebirth, in 1991.

Andres Kütt is a former architect of the Estonian Information System. He started working as a programmer in the early 1990s when Estonia had just regained independence from the Soviet Union.

“I am convinced that Estonia’s success story grew out of a generation of IT experts and their ability to understand what was happening in the society,” Kütt said.

From scratch, these IT experts built banks, telecommunications companies and other services that later played an important role in the foundations of the e-government.

“They showed incredible ability to find technological solutions to problems and to implement those solutions in such a young country,” Kütt said. It all happened in close cooperation with officials and politicians. “The IT experts never betrayed the trust they were given,” Kütt proudly concluded.

Estonians can now reap the fruits of their hard work. Their e-governance system is built in a way that the citizens themselves can control their own data.

In mid-August, an Estonian policeman and a medic were brought to court because they looked at data they didn’t have authority to access. The policeman had checked his future wife’s criminal records and the medic had logged in to see why an ambulance was called as a favour to a nosy neighbour.

Both violations were caught, and the wrongdoers fined because every citizen can check who has looked at their data. Every move is recorded, cannot be deleted, and this is something that is programmed in the Estonian e-governance system.

After heavy cyber attacks in 2007, Estonians created a KSI blockchain technology and deployed it in Estonian government networks. Thanks to this technology, no-one – not even the government itself – can manipulate the data and get away with that.

Hence people themselves are given control over their own data and they can make sure of it anytime they log in.

Taavi Kotka, entrepreneur and first CIO for the Government of Estonia, has seen that the trust issue is often used as an excuse in other countries. At the same time, when you look at other services, like those provided by Facebook or LinkedIn, people rarely have concerns over their privacy. “In reality, people are usually quite willing to give up their personal freedoms in exchange of comfort,” Kotka pointed out.

“People need to be given a chance to test and try new technologies, only then can trust be built,” he said.

In the long run, societies benefit from well-executed and observable automated processes because, as Eenmaa-Dimitrieva concluded, technologies that rely on mathematical certainty, when applied in governance, can “enhance both, the sovereignty of the state applying the technologies, and the personal autonomy of individuals in the state.”

When people have more certainty, they can make better decisions and be more in control of their lives. And keep the government officials in check.

Or in short, good math can make everyone’s lives a little more pleasant.