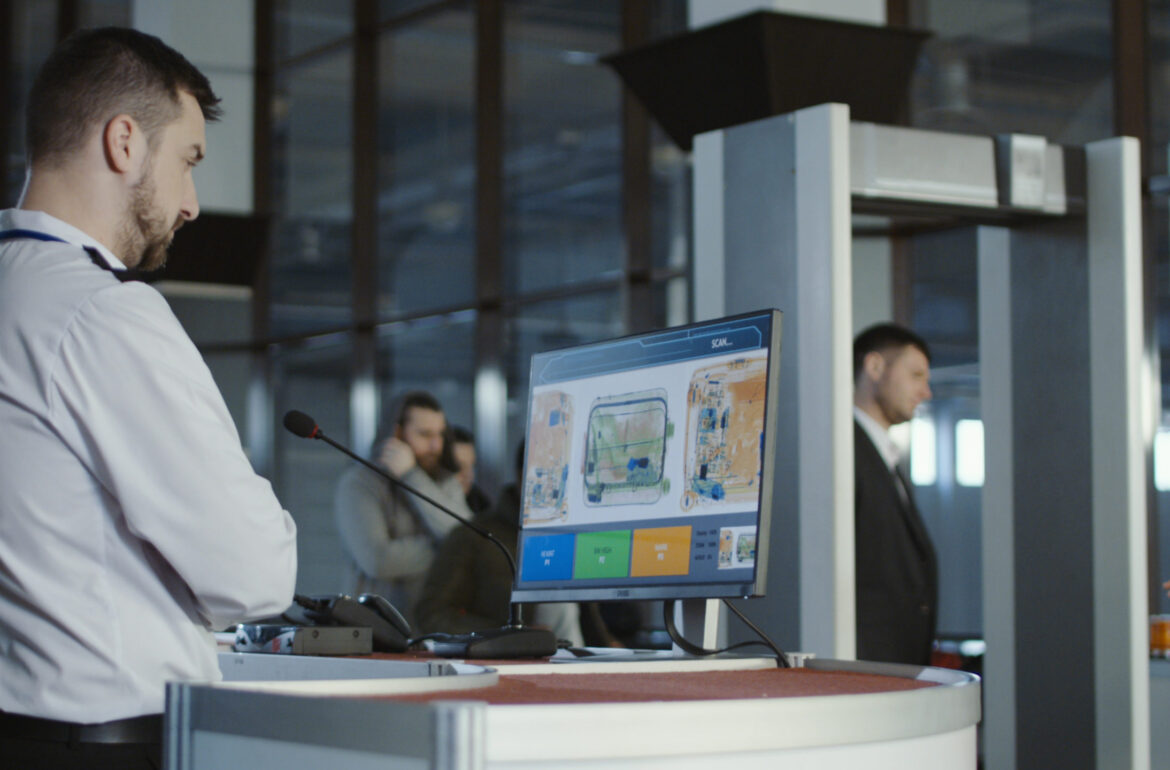 Many airport security rules may disappear soon thanks to this new muon tomography scanner.

Remove liquids from your bag. Toss away bottles of water. Take off your shoes and belts. Ever wondered if all these airport security instructions really are a must? It’s stressful enough to catch a flight – especially during covid-19 times. Relocating your belongings after waiting in long lines does not make it all safer and easier for travellers.

Considering the amount of trouble, the advantages of these rules are surprisingly small.

X-rays can only detect the density and not the composition. It couldn’t tell explosive liquid from water if the liquid had the same “thickness”.

Studies show that the current X-rays used at security checks can detect only about five to ten percent of explosives and banned weapons – presuming the wrongdoer is a bit of an expert. Most of the dangerous substances are actually discovered because the person carrying them has a suspicious background. The scanning process itself has little to do with it.

The checks are more about deterrence.

It is no wonder then that the security services have been asking for alternatives to X-rays for years now.

Estonian scientists came up with one called a muon tomography scanner.

This spring they proved their solution works.

Muon tomography is something the world will hear about a lot in the coming years, so remember this name.

This technology can separate water from explosives. It can find weapons from a truck full of fruit. It could even be helpful in medicine one day. The panels could scan people in metro and train stations to find explosives. It could make everything a bit safer.

“We were laughing at the idea first.”

About five years ago thousands of illegal migrants tried to hide in trucks and freight to get to the UK from France. It made the news all over the world.

A team of Estonians from GoSwift, a company that manages a virtual border queuing system, heard about it and wondered: is there a way to accurately count people in vehicles, including the ones that are hiding? How could we look inside cars and trucks and see what was really going on there?

Their project manager, Märt Mägi, proposed that maybe muon tomography could be an answer. “We were laughing at this crazy idea in the beginning!” said the company’s CEO Hannes Plinte.

Muon tomography is a technique that uses cosmic rays to measure the thickness of the materials crossed by the muons. While X-ray is dangerous for people, muon tomography uses natural radiation that already exists around us anyway. Muons are created in the upper atmosphere, reaching us on Earth and even go many kilometres deep into the earth.

Muons don’t lose as much energy as they travel, allowing them to penetrate more deeply into materials than other forms of radiation. They help us see the chemical composition of things.

Until then, muon tomography had mainly been used for exploring gigantic objects like finding minerals beneath the earth, mapping pyramids or even scanning volcanoes. It isn’t a cheap technology. But muon technology is improving and becoming more affordable, driven by advancements in detector technology, machine learning, more accessible materials and the increasing demand for a safer scanning in medicine.

Back then, using muon tomography to scan cars or hand luggage was quite a novel idea.

Why not try? GoSwift’s team turned to scientist Madis Kiisk, who took a couple of months to look into the matter and came back with a positive answer.

Now the real work began, partly with the support by the Estonian government and the European Union.

Andi Hektor, another Estonian physicist and a senior researcher at the National Institute of Chemical Physics And Biophysics, jumped on board. He had worked for CERN, the European Organization for Nuclear Research, and had kept good contacts there.

In order to build their first prototype, they went to ask for help from CERN’s scientists – knocked on their doors, emailed and called. They reached out to electronics companies, and gathered information from simulations. They pieced the picture together like a puzzle, combining knowledge from experts from different fields.

“The particle people are quite helpful,” said Hektor smiling. “They just never have any time.”

This spring, Estonia joined CERN as an associate member. Being the official member will give the Estonian scientists access to more knowledge. “It’s much easier to go and speak to CERN scientists now,” said Hektor. “We’re not just anyone there anymore. The membership gave us a certain boost.” He hopes that in return, Estonian scientists can bring their start-up culture to the science centre.

The GScan’s team of scientists came up with their own algorithm. “We took the cosmic radiation into parts and looked at it in a different way,” Kiisk said, without revealing too much about their real secret, the uniqueness of their scanner.

“I thought making the first lab prototype would take four to five years, but it was ready in a year,“ said physicist Hektor. “And it worked too!”

There are only a handful of companies doing something similar, but GScan is the only company that focuses on scanning objects used in traveling and transportation. For now.

The company has a co-operation agreement with Tallinn Airport, and Istanbul Airport has been interested in working with them. When the first industrial muon detectors are ready, the airports could start testing them.

“There’s certainly a lot of potential to change the aviation as a whole,” said Tarvi Pihlakas from Tallinn Airport. “It could replace the current technologies and working processes.” It could lead to queue-free airports, he added.

In the future, we may be walking through a corridor that automatically scans us. No unpacking, no tossing away bottles. And maybe the world will have less queues and safer borders.

And hopefully one day, we can tell our children how we once had to stand in line until our belongings were scanned at airports. And then they will be the ones to laugh.