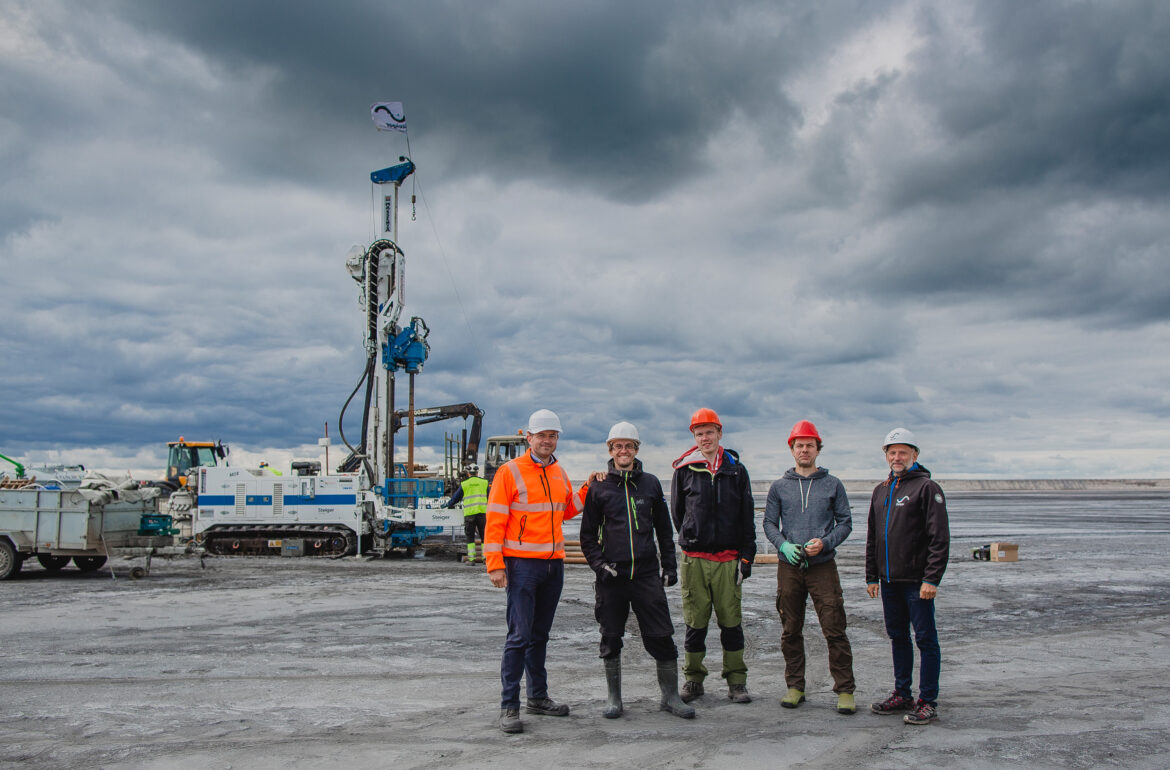 Less than a year ago, the environmental and recycling company Ragn Sells started a cooperation project with two Estonian research institutions. The collaboration has led to a technology that allows producing precipitated calcium carbonate from oil shale ash.

“If there is anyone who knows something about the oil shale ash, then they are our own scientists who have accumulated and developed decades of knowledge,” says the Ragn Sells circular solutions Project Manager Alar Saluste.

The aim of the collaboration project between the research institutions and Ragn Sells, was to create environmentally neutral or positive production processes and to avoid creating new problematic waste streams while finding a solution for existing ones. “The oil shale ash beneficiation plant must have an environmentally neutral operation – free of noise and dust pollution, generate minimal waste products and have a closed circuit water system,” explains Saluste.

The technology was initially developed by the research group at TalTech and now the technology is significantly expanded and put into rigorous testing by the collaboration of TalTech, the University of Tartu and Ragn Sells laboratories within the framework of a joint project. “Us here in Tartu are in charge of the analysis of the source and intermediate and end products, and colleagues at TalTech are responsible for the experimental part, the development process, as well as testing,” explains researcher at the University of Tartu and the coordinator of the oil shale ash analysis Riho Mõtlep.

In fact, Ragn Sells’ initial idea wasn’t to start producing calcium carbonate, but rather dealing with the question – ‘What is worthy about waste generated in large volumes in Estonia?’ The answer to that question led to the oil shale industry as approximately 7 million tons of ash is generated by the oil shale industry a year solely in Estonia, of which only about 2 percent of the waste is recycled.

“If we can reduce the amount of deposited oil shale ash by waste reuse, it would be a great step forward for Estonia from the point of view of both waste and circular economy,” says Saluste. But not only that, as the rest of the world would benefit through the calcium carbonate that would break into the market by which the need to produce it through resource intensive conventional processes are reduced. “As unbelievable as it may seem, it is a project that has no losers, and the biggest benefit is the reduction of negative environmental impact,” notes Saluste.

Uibu notes that the use of precipitated calcium carbonate is wide-scale. For example, it could be used in industries like paper, plastics, or construction. It could even be used in the food or pharmaceutical industry, but it all depends on the properties and purity of the product. “In the paper industry, the requirements for quality are higher than in the plastics industry,” explains Uibu. According to the senior researcher, with the technologies they have developed, the end product has a 98-99 percent purity rate. “What matters is the size and shape of the particle. Our aim is to learn how to synthesize calcium carbonate with different properties, so that it would match with the needs of different industries,” says the TalTech researcher.

So far, however, only the so-called ‘fresh’ oil shale ash has been tested. Hence, it is not certain yet, whether it is feasible to extract calcium carbonate also from the ash that has been deposited in ash depositories for the last 50 years. In order to test it, a 52-metre long drill core was obtained from one of the ash depositories and researchers from the University of Tartu have already made the initial characterization of deposited ash material after which selected samples were turned over to Uibu’s research team for experimental testing.

Uibu hopes that the most outstanding discovery is still ahead. “At the moment we have reached the most exciting part – we are studying the effect of operating conditions on product properties. Therefore, I believe that any day, there might be surprises how precipitation conditions affect the end product. It has been very exciting to receive SEM images from our colleagues at the University in Tartu to see what we have actually achieved,” says Uibu.

“Such technology which enables industrially produced calcium carbonate from the oil shale ash doesn’t exist anywhere in the world, yet,” says Saluste. Therefore, Ragn Sells has also filed a patent application. Plastic, paper and paint manufacturers have already shown interest in the potential product. Saluste believes that the circle of interested parties will definitely become even wider as the project progresses.

Both of the research institutions will have finished the project by spring of next year, which should also be the time when they have the final results and the certainty for Ragn Sells to move forward with the project.

In order to start producing the industrial calcium carbonate, Ragn Sells’ initial plan is to open the plant in 2025. According to Saluste, it would be one of the biggest investments in the company’s history.