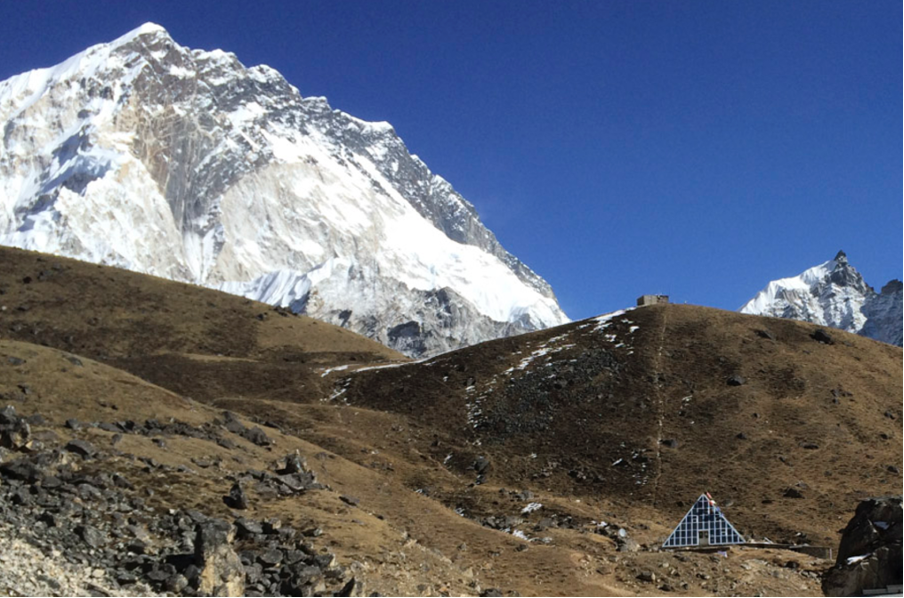 Large amounts of new particles can form in the valleys of the Himalayas from naturally emitted gases and can be transported to high altitudes by the mountain winds and injected into the upper atmosphere.

The emitted particles may eventually affect climate by acting as nuclei for cloud condensation. These new findings about particles’ formation and sources will contribute to a better understanding of past and future climate.

“To evaluate the human role in climate change it is crucial to understand the natural factors in climatic balance before the industrial revolution,” says Professor Heikki Junninen from the University of Tartu Institute of Physics.

For that, scientists are looking for pristine locations around the world where human influence is minimal. An international group of researchers has now completed a comprehensive study at the Nepal Climate Observatory at Pyramid station, located in the proximity of the Everest base camp at 5050 m above sea level. There, they were able to investigate the formation of atmospheric particles far from human activities. The role of researchers from the University of Tartu is related to accurate measurements of chemical and physical properties of freshly formed atmospheric particles, using the instruments developed at the University of Tartu and its spin-off company Airel AS. The results have been published in the prestigious journal Nature Geoscience.

The study shows that up-valley winds bring vapours emitted by vegetation at the Himalayan foothills to higher altitudes. During this transport, these gases are transformed by photochemical reactions into compounds of very low volatility, which rapidly form a large number of new aerosol particles. These are then transported into the free troposphere, a region of the atmosphere with very little human influence.

“You can think of the whole Himalayas as an ‘aerosol factory’ that continuously produces a large number of particles and then directly injects them high up into the atmosphere above the Everest,” says Associate Professor Federico Bianchi from the University of Helsinki’s Institute for Atmospheric and Earth System Research (INAR). Based on these measurements it was calculated that the transport of particles may increase present-day particle concentration above the Himalayas by a factor of up to two or more.

It is the first time the scientists consider mountain venting as a major potential source of atmospheric particles in the free troposphere.

Additionally, the freshly formed particles have a natural origin with little evidence of the involvement of anthropogenic pollutants. This process is therefore likely to be essentially unchanged since the pre-industrial period and may have been one of the major sources contributing to the upper atmosphere aerosol population during that time. These new observations are therefore important to better estimate the pre-industrial baseline of aerosol concentrations in this large region. The inclusion of such processes in climate models may improve the understanding of climate change and predictions of future climate.

Future studies will focus on a better quantification of this phenomenon and investigate it also in other high-mountain regions.