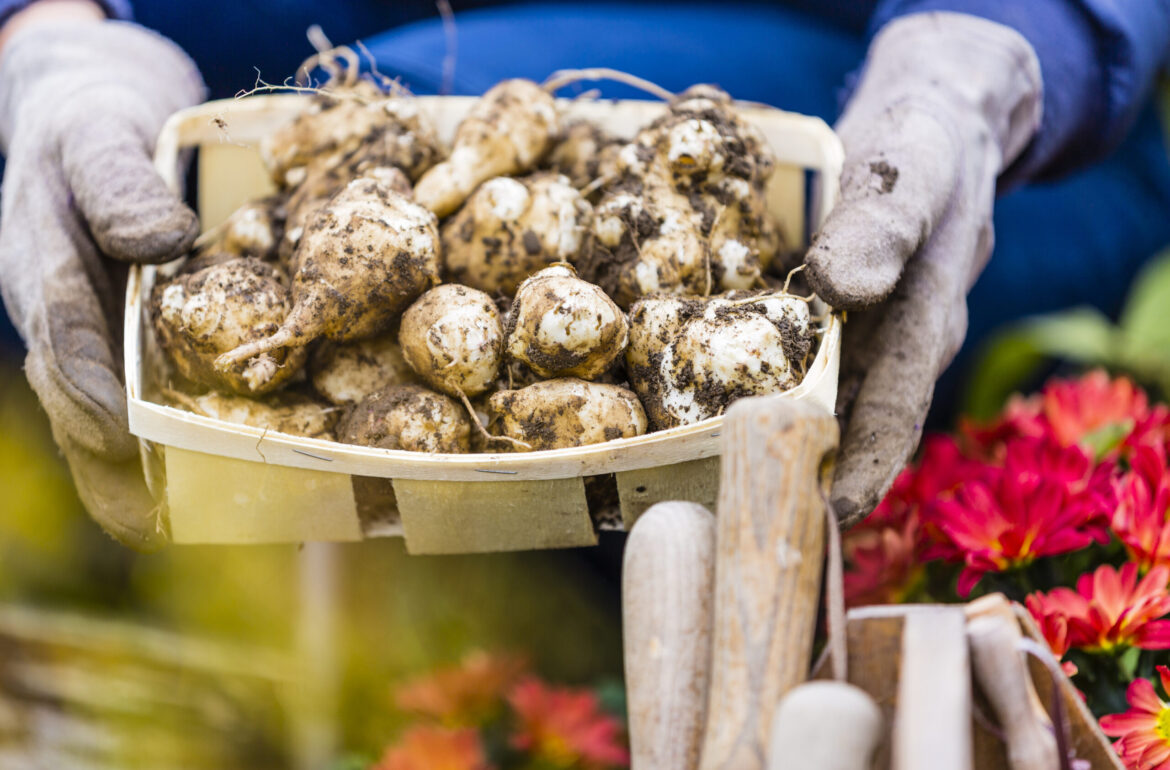 University of Tartu researchers Viia Kõiv, Tanel Tenson and Elin Org have found a new way to improve the health of the immune and nervous system and support the metabolism. After several years of research, the scientists developed chips from Jerusalem artichoke at the University of Tartu spin-off company RootBioMe.

Microbiologists Viia Kõiv, who has researched the bacteria in the vegetables and more specifically in root crops, found that the microbial diversity in the vegetable is higher in the ones that grow naturally compared to the ones from the supermarkets. In addition, many of the bacteria growing in the roots, are also part of a healthy human gut. The more bacteria there are in the vegetables, the more they produce necessary substances that support our immune and nervous system, but also our metabolism.

In the research of the best root crop, the researchers found that Jerusalem artichoke due to the fact that it contains a large amount of fiber and very rich microbial community, human digestive enzymes are not able to break inulin. However, inulin helps the bacteria living in our intestine to produce short chain fatty acids, which are very beneficial for our health. Microorganisms can cleave inulin into fructooligosaccharides that consist of fructose monomers that act as a food for several beneficial bacteria in the gut. Therefore, inulin is an important prebiotic and acts as a functional food.

The benefits of inulin is widely researched and therefore it has been produced as a purified supplement. Inulin makes up to 60% of the Jerusalem artichoke dry matter. The diversity of human gut microbiome has decreased mainly caused by processed food, urbanized environment and the increased use of medicine. According to Professor Tanel Tenson, the research has shown that the prebiotics such as inulin, is more effective as a natural ingredient compared to the purified version. This is the reason why researchers developed a functional food of natural origin.

The benefits of the inulin in Jerusalem artichoke chips has been shown by a study conducted with volunteers. The microbiome analysis using faecal samples showed that after the consumption of the artichoke products, the microbial community in the volunteer´s gut had changed. According to Associate Professor Elin Org, the results showed that the amount of bacteria that consume the inulin increased that improve the metabolism. Org adds that surprisingly, the results appeared within just two weeks.

The researchers confirm that the inulin is a good prebiotic, but despite that, it is not a miracle cure. It is important to consume different fruit and vegetables. When consuming antibiotics, the good bacteria are being killed among with the bad bacteria that might cause a disease. Therefore, consuming the inulin rich prebiotic as an Jerusalem artichoke chips before and during the course of antibiotics, promotes the growth of the good bacteria.

The need for functional food has also risen from the coronavirus pandemic. The monitoring study of the coronavirus has brought out that the infected patients had as many gastrointestinal symptoms as respiratory symptoms. The Jerusalem artichoke chips encourages the gut microbiome that directly affects our immune system and the virus infection itself is directly connected to the immune system.