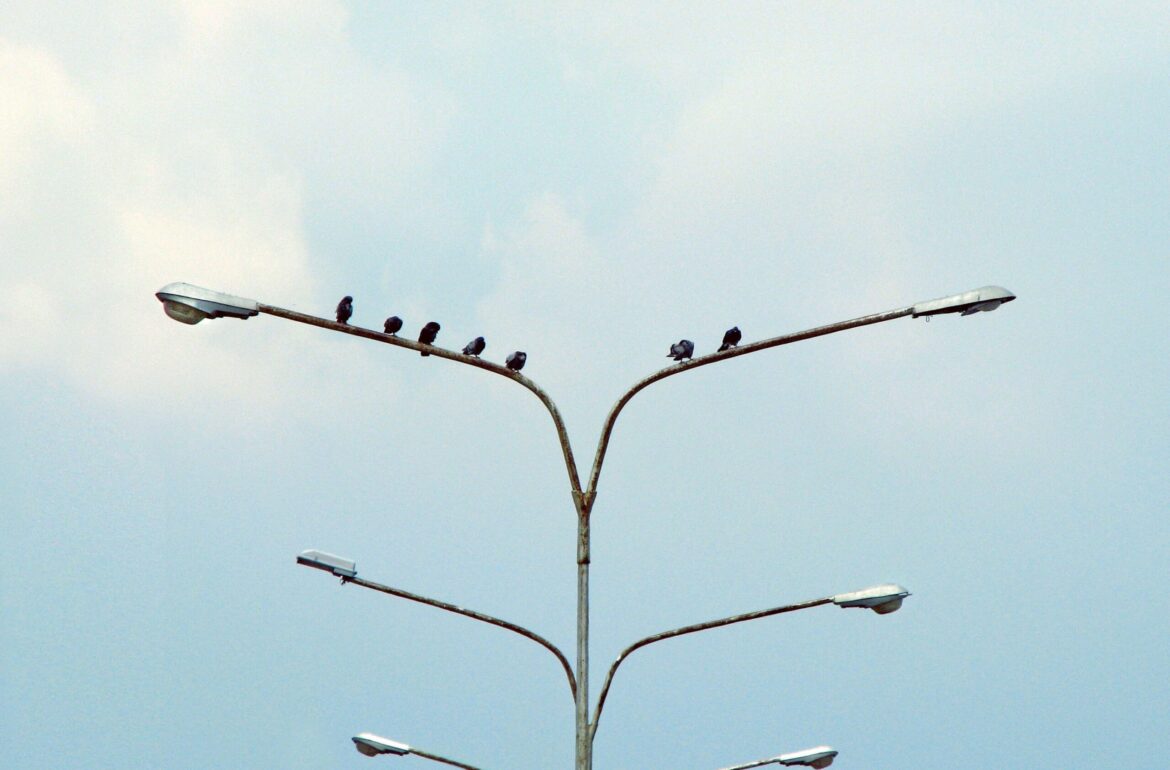 An experiment conducted with king quail chicks showed that even slight levels of light pollution during the night lowers the efficiency of the digestion in birds. According to animal ecologist at the University of Tartu, Tuul Sepp, this means that birds might have to eat more to survive.

“Our research question was that if during the night, there is weak light comparable to street lights, then what might urban birds experience and how does it affect the efficiency of digestion in growing chicks,” said Sepp. In 2017–2018, Sepp and her colleagues conducted an experiment in which they raised king quail chicks in two identical rooms. During the night, in one room, a soft light resembling street lamps was lit, and the other room was kept dark. The efficiency of digestion was measured in the birds, i.e., their ability to obtain nutrients from food.

According to the animal ecologist, all birds grew at the same rate because food was always available to them throughout the test. Therefore, birds with less efficient digestion could compensate their digestion with additional food. “In the wild, however, food is not always freely available: just go and peck from the feeding cup,” noted Sepp. According to her, urban birds who are exposed to night-time light pollution forage longer than birds in natural habitats, which may be related with lower efficiency of their digestion.

“This is a new small piece of information we did not have before,” said Sepp, “that the efficiency of digestion in birds is affected by light in this way.”

To reach conclusions, the ecologists collected samples of droppings, put them into thin capillary tubes and processed them with a special acid solution. With the solution, the fat left in the faeces separated and rose to the top layer in the capillary tube. By measuring the length of the fat layer, scientists got an idea of the digestion of birds. The longer the fat layer in the faecal sample of the quail, the worse their digestion was according to Sepp.

“It may be presumed that the birds, who are not able to absorb fat through the intestine as efficiently, are left with less nutrients, as the useful stuff is probably passed through from where it is not supposed to,” she noted.

“Many studies have already shown that the nestlings of the great tit, for example, have worse health if they grow up under artificial light. For example, they have elevated stress levels or weaker immunity,” said Tuul Sepp, describing the other effects of night-time light pollution.

According to the ecologist, it is important to talk about urban birds as they have been caught in a so-called ecological trap. At night, the illuminated city looks attractive and safe to birds: predators are easier to spot and food easier to find.

“When I was conducting my research in Arizona, I found, for example, that the small finches there preferred to build their nests on parking lot lights, directly on top of the lamp. Considering the detrimental effects of light on the chicks, this is quite a sad sight,” recollected Sepp. Namely, birds live in the knowledge inherited through evolution that they are better protected against predators in light, but they have not yet adapted to the adverse effect of light on their chicks.

According to Sepp, the other effect of light pollution is that it disturbs the seasonal rhythms of the birds. In nature, birds know, based on light, when the right time is to occupy a territory, attract a mate, build a nest or hatch chicks. When it is lighter in the city during winter and early spring, the birds begin their breeding season earlier. “This may lead to the sad event of the chick hatching when it is not the time of spring or early summer yet with the highest number of insects. The time of the chicks hatching should actually coincide with this,” said Sepp.

According to the ecologist, scientific literature offers several solutions to this problem. People should primarily remember that any urban light illuminating all kinds of living creatures also affects people themselves. “A street lamp shining through the window is in no way good for our health,” she noted.