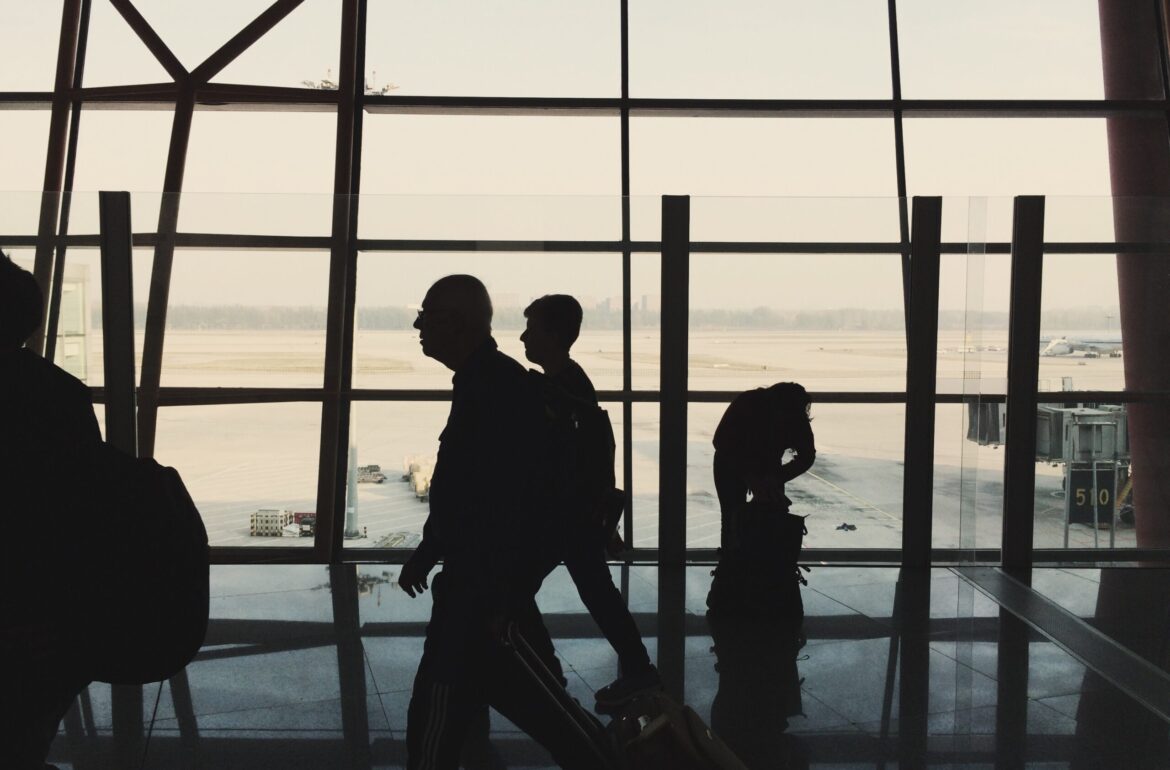 Currently, cargo at ports and suitcases at the airport security gates are scanned with X-rays. Using these machines requires a radiation practice licence, its operators must receive special training, and due to the harmfulness of X-rays, this technology cannot be used for scanning people. Now, a scanner using natural radiation that is already passing humans anyway is being developed in a cooperation between University of Tartu scientists and a start-up company GScan.

A laboratory prototype of the new scanner is ready, but there are plans to build a full-scale prototype and move on to manufacturing the devices. The research project SilentBorder received €7.5 million for development works through the H2020 calls. According to Gholamreza Anbarjafari (Shahab), Professor of Computer Vision at the University of Tartu, the coordinator of the project, it is a groundbreaking technology that will increase the security of the whole society. “The project is a good example of a long and fruitful collaboration between a university and start-ups that brings laboratory science to society.”

“We want to make travelling, and being in public spaces in general, safer,” said Märt Mägi, co-founder of GScan. For example, according to the US Department of Homeland Security, in the USA, about 95 per cent of concealed weapons and explosives get past security. “The actual impact is only five per cent and the rest is deterrence, but we want to reverse it,” said Mägi.

According to Madis Kiisk, an associate professor in ionizing radiation physics at the University of Tartu and a co-founder of GScan, there is currently no technology that would be sufficiently cheap and fast for scanning through large amounts of cargo. In the European Union, but also in international trade, only a small percentage of cargo can be scanned through. “This is the other thing we would like to change – to develop technology, which is cheap enough and capable of increasing throughput,” noted Kiisk.

What do the particles hit?

According to Madis Kiisk, the prototype uses cosmic radiation. More specifically, the detector measures the direction of movement of charged particles, or muons, in space. To understand the mechanics of the machine, Kiisk suggests first imagining a detector, through which muons can move freely, and then, imagining a body being placed inside the detector, which disturbs the trajectory of the particles. “By measuring the muons before and after, we can begin calculating what was in front of the detector. What was the object and the material it was made of, and how big or small it was,” described Kiisk.

“If the particle passed straight through the space, it is highly likely that there was nothing in front of the particle’s trajectory,” explained Märt Mägi.

“When measuring with X-rays, we are actually only measuring the density of the object,” explained Mägi, adding “but if we use a flux of charged particles, such as muons, we get a lot more information on the chemical composition of the object.”

“This device makes things easier: a person can walk through it with their suitcase without taking anything off. They just go through and are scanned on the go,” explained the chairman of GScan, Andi Hektor, and added that this is still a solution for the future. At the same time, the new solution makes life easier at border crossing points, as scanning large lorries currently requires the driver to leave the vehicle. “This will no longer be necessary. While the scanner is working, the boarder guard can already deal with the driver,” said Hektor.

Secondly, a radiation practice licence is necessary for operating tomographs, or devices creating images of objects using X-rays, and people using the X-ray devices must undergo special training. The new tomograph, which is based on the natural muon radiation, does not require any permits or safety training, as it uses cosmic radiation already present in the atmosphere.

According to Hektor, the radiation being measured has been produced as a result of cosmic radiation and atmospheric nuclear reactions. Making such radiation artificially is complicated. Märt Mägi explains that it is precisely the origin of the radiation that separates the new approach from X-rays. “This flux is natural, as we are not creating any fluxes ourselves,” he said. “For the person being scanned, there is basically no difference whether they are inside the scanner or out of it. The natural background level is exactly the same.”

The third advantage of the tomograph based on muon radiation is that it penetrates tens of metres of materials, including thick metal and fluids much more sufficiently than X-rays.

Furthermore, the new tomograph reduces the possibility of human errors by the operator. “Our ultimate goal is to have the scanning system make all the decisions, identify the materials, and automatically find all explosives and weapons,” explained Mägi.

According to Andi Hektor, the new technology will probably find application in other fields as well. In addition to security applications, it can also be used for scanning buildings and large industrial devices, but also in medicine.

The idea for the muon radiation tomograph is becoming a reality. The laboratory prototype has been completed and the corresponding major H2020 project has now received a formal funding announcement. The goal of the cooperation project lead the University of Tartu and the start-up company GScan is to build a tomograph based on natural radiation suitable for customs and security control for scanning cars and sea containers.

According to Ants Kutti, head of the border control customs department at the Tax and Customs Board, the project and its success are very important for the Board. “This is the world’s most innovative development project in the field of customs control technology in the last decade, which in the future, will make the capacity of customs control significantly more efficient with less time and resources spent, and will cover other needs for ensuring surveillance and security,” he says.

Kutti specifies that the Tax and Customs Board is cooperating with the scientists and GScan, and a cooperation agreement has been signed. “This means that the customs office is contributing to the development of the device by providing input, and we are also interested in testing prototypes,” he explains. “Finnish and Turkish customs authorities have also been involved in the project, which shows how important this technology is for the development of the customs field.”

The cooperation project SilentBorder brings together research institutions, companies and public sector institutions from Estonia and abroad. In addition to the Institute of Technology of the University of Tartu and GScan OÜ, the project involves the Italian special electronics manufacturer CAEN, the German space technology agency DLR, the international consultancy company SGS, KU Leuven from Belgium, the University of Sheffield from the United Kingdom, and the customs offices of Estonia, Finland and Turkey. Invent Baltics OÜ helped to compile the project proposal. The project ends in April 2025, when the first full-size prototype has been tested under real conditions and is operational.