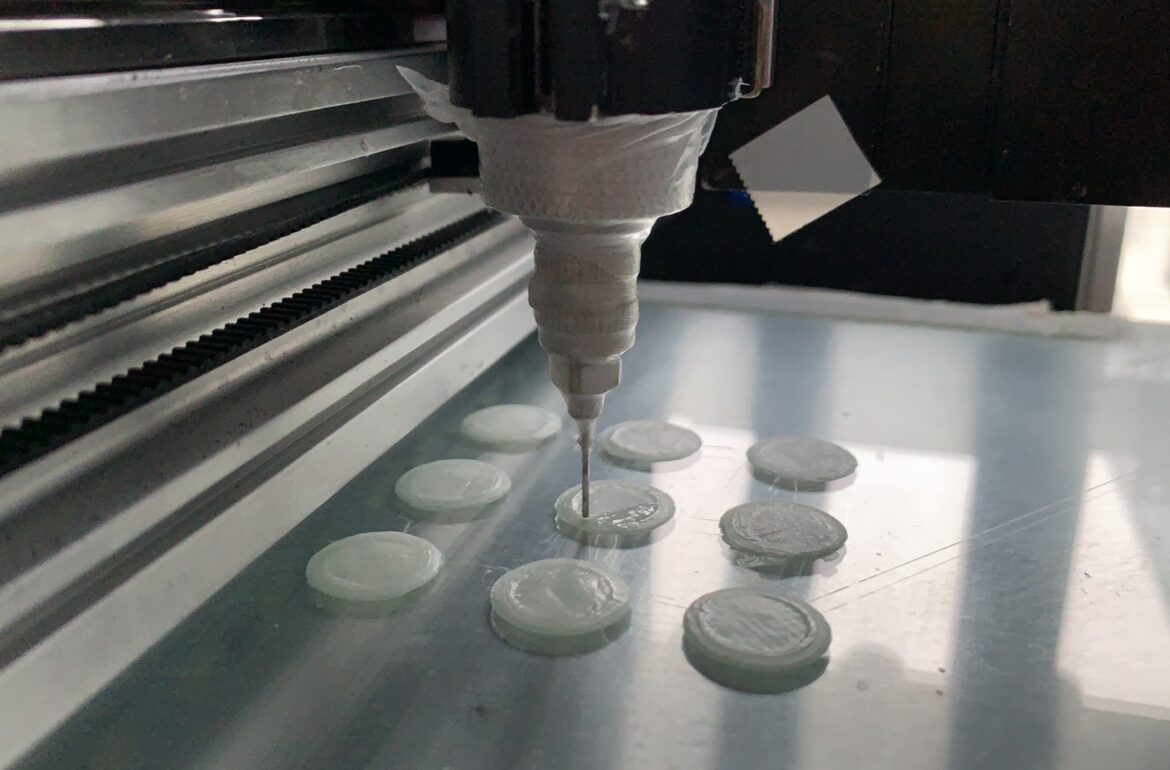 Tartu University scientists are looking for the perfect tablet that could be 3D printed at a pharmacy.

We all have different bodies, but the pills we’re swallowing are often identical. An elderly lady, an obese middle-aged man and a teenager could all be prescribed the same medicine. Does it make sense? Estonian scientists don’t think so. They are working towards the future where a patient could ask their local pharmacist to print out, let’s say, a specific painkiller, their doctor has prescribed specifically for them.

3D printing could make this happen one day.

“3D printing pills is the future of medicine,” said Tartu University Pharmaceutical Nanotechnology Professor Jyrki Heinämäki, who was honoured with the highest award for his scientific work by the Faculty of Medicine, University of Tartu last year.

“We can make pills with different shapes, sizes and structures,” Heinämäki continues. “We can design the pill on the computer beforehand and then just print it out. It allows us to personalise the production!”

At the Estonian lab, the scientists are looking for new materials for this futuristic scenario. There are limited choices of materials for 3D printing because of the special requirements. For instance, they need to be biocompatible and resistant to high temperatures. Heinämäki: “We need to find new materials, not just work with the ones that are already used for the traditional tablets.”

The more choices scientists can find, the more tailored treatment they will be able to offer.

Although 3D printing was patented in the mid 80s, research in pharmaceuticals only caught on within the last decade. For now, there is only one 3D-printed pill sold on the market and approved by the US Food and Drug Administration – an antiepileptic drug: Spritam.

Pharmaceutics is a conservative and slowly changing field, but that doesn’t stop the scientists, who are already working on the future.

Laura Viidik, Heinämäki’s colleague and a Junior Lecturer in Pharmaceutical Technology at Tartu University, spends most of her time in a lab experimenting with those new materials and shapes to make 3D printing pills more efficient and personalised.

“I want to find the perfect algorithm!” she says. There are still many unanswered questions when it comes to 3D printing pharmaceuticals. She is looking for a way to evaluate how suitable a material is for 3D printing and how to find the optimal recipe for it.

Viidik explains that, in addition to the actual drug substance, these tablets are made up of other excipients such as fillers, binding agents, and coatings.

When in a traditional factory pills are made in various stages, 3D printing skips many of the steps. In a way it makes the process easier, but also more unpredictable.

Besides the one-pill-fits-all approach, according to Heinämäki, current tablets sold on the market have another major issue: the release and dissolution of poorly water-soluble drugs.

To put it simpler, the drug substance inside tablets don’t always dissolve well in water. Heinämäki explains that the current conventional tablets are not excellent for the drugs that are poorly water-soluble. It limits their ability to absorb and therefore be fully effective.

To tackle this, the scientists at Tartu University are aiming to develop completely new kinds of pills.

For instance, for her PhD thesis, Laura Viidik, Heinämäki’s colleague, invented a 3D-printable honeycomb-shaped pill and discovered that it dissolves in the water much better than a traditional pill.

And because the field is so new, the perfect recipe still needs to be found. 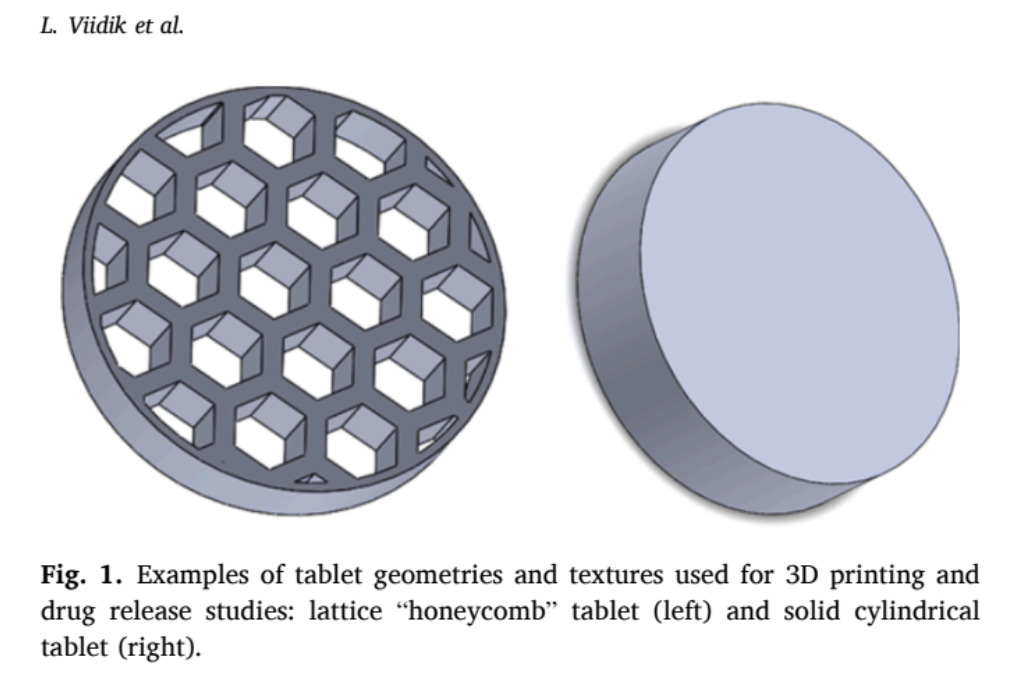 Big Pharma is not going anywhere

The overly regulated pharmaceutical industry is slow to change. There is too much investment involved, and it’s too risky to experiment with new technology. Even though the benefits are clear.

There are a couple of pharmacists in Estonia, who have already received some training in 3D printing of pills. Dagmar Seera works at Pärnu Hospital pharmacy. “When you speak about new technology in any other field, people get excited about it. But when it comes to changes in the health sector, it makes people wary.”

Only just introducing a new medicine is difficult. But to say it will be printed in the back room of the pharmacy can understandably sound scary to some.

In any case, Estonia has a good base for implementing the new system. The government has a well-functioning e-system in which all medical prescriptions are now already digitally sent to pharmacies. There is an effective communication between patients, their doctors and pharmacists. Why not add 3D printing to the equation?