In the Future, Marine Pollution Could Be Monitored by Drones Looking Like Seaweed 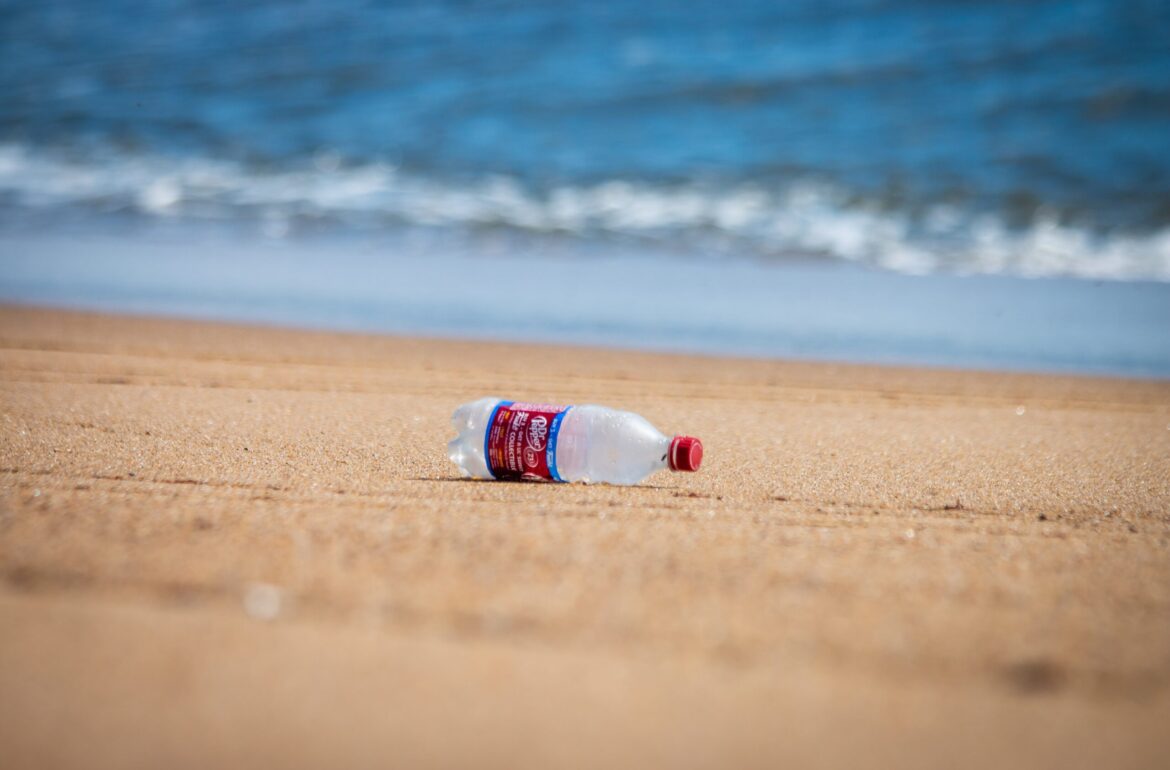 The reader is probably familiar with the garbage island drifting in the Pacific Ocean that is the size of France. While it is quite easy to study and measure debris floating on the surface of water, scientists have little idea of ​​the pollution that has reached deeper layers of water or the seabed. In an international study, Estonian scientists are now proposing a possibility for successfully monitoring debris accumulated on the seabed with autonomous drones.

“It is very difficult to distinguish and monitor marine debris that has sunk deep into the water and is drifting with the current because over time, marine fungi and bacteria invade the debris and it blends into the environment,” says Huber Flores, Associate Professor of Pervasive Computing at the University of Tartu. According to him, the investigation of marine pollution is also complicated by the fact that when the debris is floating in early stages, and then it is exposed to sunlight for long periods of time, it will break apart into tiny pieces. Plastic becomes microplastic. “Microplastic is no longer visible, and what is worse, it is almost impossible to separate it from the sea to clean up the environment,” explains Flores.

In their new article, Flores and Mohan Liyanage from the University of Tartu, together with their Finnish, Italian and Egyptian colleagues, propose a possibility for studying and monitoring marine pollution more effectively in the future, despite the complexity of the project.

“We suggest introducing autonomous underwater vehicles, or drones, that detect and classify pollutants in the oceans as well as in all other underwater ecosystems,” says Huber Flores.

In the research team’s vision, such drones are equipped with sensors that would collect samples and describe both debris floating deep in the water and debris sunk to the bottom. The drones’ algorithms and working methods would allow them to identify the type of debris, even if it is decomposed, covered with aquatic bacteria or hidden in the environment.

“One of the major benefits of our proposed solution is that it makes it easy to look at large areas of water,” says Flores. The researchers imagine that this way, the health of the ocean could be monitored by a whole swarm of drones at once. According to Flores, the drones would transfer the data they have collected to a research station on the surface of the water, where human experts would decipher the data and make decisions based on it. For example, researchers could use the data to decide which areas of the sea should be cleaned to prevent debris from breaking down into microparticles.

“We imagine that our approach could also be used to monitor the health of rivers and lakes,” adds Flores. “In these cases, the possibility of leaving drones permanently in the water for monitoring the ecosystem could be considered.” According to the associate professor, permanent drone monitoring is currently unavailable due to the lack of an energy solution, but there are already mature technologies for implementing the plan. For example, according to Flores, drones could be charged with solar panels and mechanisms harvesting tidal energy.

According to Huber Flores, his and his colleagues’ ambitious plan will not only remain on paper, but they have already started testing the prototype. For example, they tested the underwater drones in River Emajõgi in Tartu. According to the associate professor, however, many more challenges need to be overcome before the proposed solution can be launched. “For example, if we want to use the new technology in a river or a lake, we still have to find a way to integrate the technology into the environment in such a way that the biota and human activities there are not disturbed,” notes Flores.

According to Flores, one solution would be to draw inspiration from the freshwater bodies themselves when designing the drones, and to build them to look similar to the flora and fauna of the environment. However, for use in the oceans, the communication and better coordination between the drones still needs development. Also, the casing of the drone parts must be designed to be as strong as possible, so that it could withstand strong water pressure, but would also allow information exchange with people on the surface of the water.

“Of course, we cannot rely on traditional technologies here because they will not work in water. That is why we need to research and analyse new technologies. For example, acoustic, electromagnetic and laser-based communication solutions are promising for overcoming some of the problems,” says Flores. At the same time, the research team can envision their technology being used already in the near future, and according to Flores, they are currently focusing on working out the issues of concern.

According to Huber Flores, it is not easy to say how serious the marine pollution concern is right now because mapping has mainly concerned the debris floating in surface water. For example, the Great Pacific garbage patch has been studied extensively. “We know quite well that the surface area of ​​the patch is 1.6 million square kilometres and it is expected to grow even further in the coming years,” says the associate professor. “At the same time, we know this precisely because the patch floats on the surface and can be observed from a ship, an air drone or even from space.” However, scientists cannot state the full extent of the pollution with certainty due to the pollution that has accumulated on the seabed. “We have no idea what’s going on down there,” says Flores, but adds that the situation in the deep sea is certainly bad.

Currently, marine pollution is primarily monitored using methods based on visual inspection and manual labelling. “For example, a person on a ship visually examines the debris drifting around the ship and notes its various properties, such as size, material, location coordinates, and so on,” describes Flores.

In more complex cases, the investigator first identifies the type of debris by visual inspection from a ship and then attaches a GPS sensor to the debris. This way, scientists can monitor the route of marine debris and discover possible accumulation sites. In rarer cases, divers are lowered to the seabed, who will determine the location of the debris that is there. According to Flores, however, using divers is expensive, requires careful planning and does not cover very large areas of water.

“The biggest shortcoming of current methods is that they don’t give us a good idea of ​​what’s going on underwater,” he says. Even though mapping is laborious and costly, Flores considers it important that the general public be more aware of marine pollution. “We have reached a point where some of the damage done can no longer be repaired and will have a major impact on future generations,” he says. According to him, awareness would help slow down the impact of pollution on marine ecosystems, but prevention and cleaner waste management would also be of help.

Huber Flores and his colleagues write about monitoring marine pollution in the IEEE Internet of Things Magazine and in the collection PENGUIN: Aquatic Plastic Pollution Sensing Using AUVs.