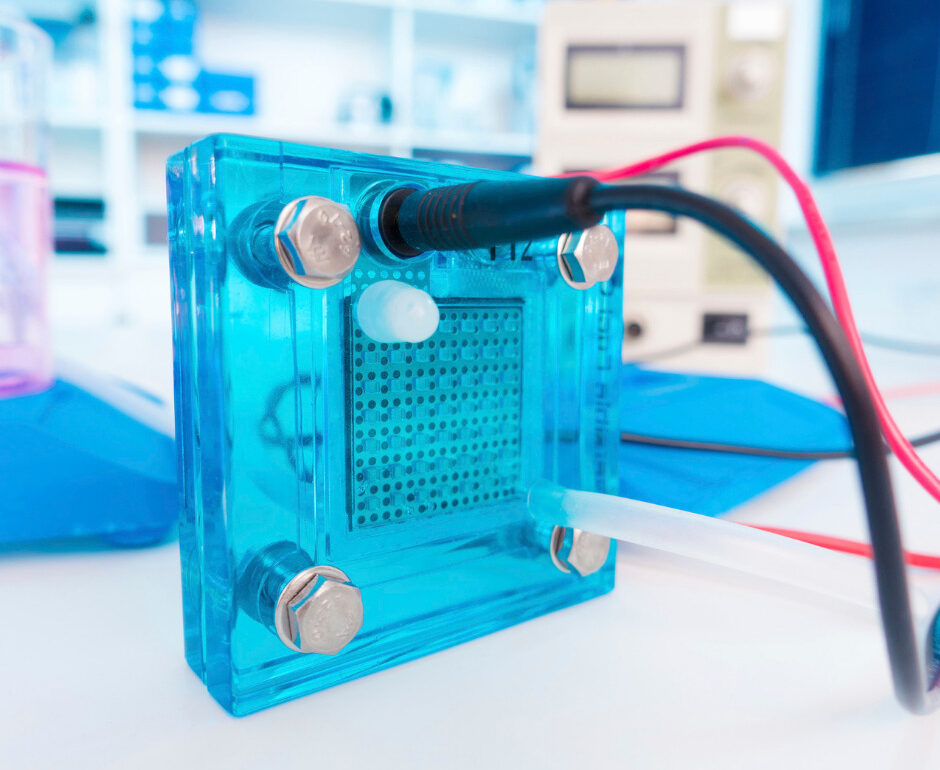 A team from the University of Tartu in Estonia is working on an innovative energy technology platform that could find use in diverse applications in the future. It recently received €154,000 from the European Union to support the project, called “Microtubular solid oxide fuel cells finally in microscale,” or FIMS. FIMS is set to officially commence on August 1 and will run through the end of July 2023.

Glen Kelp, a University of Tartu researcher, is leading the project under the supervision of Tanel Tätte. Kelp has an extensive background of working with metasurfaces and sensors, and studied at the University of Texas at Austin, as well as at Cornell University in Ithaca, New York. While his previous work had focused on technologies such as sensors for the detection of cancer cells, this new project will see him turn his energies to energy-generating fuel cells, an area where there is an acute need.

“Fuel cells in general have breached a new barrier,” says Kelp. “Energy usage itself is hardly going down any time soon, and current technologies are not viable if you just keep burning coal and petrol.” There is also political support for new energy innovation- Kelp cited the EU’s Green Deal, a set of policies to make the region climate neutral by 2050, as an example of this backing.

“These things are all connected,” says Kelp. He noted that a fuel cell can use fuels like hydrogen, a somewhat ignored energy source that is making a comeback as an alternative to coal and gasoline. “To turn hydrogen into energy, usually electricity, you need to use a fuel cell,” Kelp says. “It will directly convert the energy available in hydrigen fuel into electrical energy.”

The application areas are far ranging. Even transportation — automotive, sea, train — could rely on electricity generated by hydrogen fuel cells in the future. Energy from hydrogen can also be generated in an environmentally friendly way. “We can not only reduce pollution, we can get rid of pollution,” says Kelp. Meantime, using fuel cells, one can attain energy efficiency not possible using sources like coal or petrol. “A fuel cell can increase efficiency enormously, and you go straight from chemical to electrical energy,” he underscores.

Yet there are problems, mostly related to size. The fuel cells needed to power transport or one’s home can be as large as a refrigerator. Obviously something like that cannot be contained in a mobile phone though, or an unmanned aerial vehicle such as a drone. “The problem is if you go for smaller scale solutions,” says Kelp. “It’s not a viable technology if you want to put it inside something like your phone or smaller.”

Scientists have been working on this issue to develop miniature tubular solid oxide fuel cells. An issue has been to reduce the current diameter for SOFC tubes by an order of magnitude. Current state-of-the art SOFC tubes are about 1 mm in diameter. The team at Tartu has been working to fabricate yttria-stabilized zirconia microtubes with diameters of less than 100 micrometers and wall thickness of between 5 and 10 micrometers. During the course of the FIMS project, porous electrode deposition on the microtubes will be refined, Kelp says, and a stack of SOFCs capable of use in commercial applications will be tested.

“Recently our team managed to get somewhere with tube structures and the material used is a common material in fuel cells,” Kelp notes. “They managed to make it into a really small tube electrolyte,” he says. “I am convinced this is worthwhile to pursue, it definitely is ambitious and already has enormous applications.”

A concrete goal will be to develop SOFC tube bundles that can generate 1 watt of energy by the July 2023 project end date. A power source with such capability could be used in drones, for instance, or to power environmental monitoring devices, used for tracking weather or in agricultural applications.

“Because this project is specifically concerned with miniaturization, the first beneficiaries that could use these small fuel cells are definitely small area vehicles,” says Kelp. “The use of drones outside of the military has increased a lot, and civil applications are widespread.” Remote applications are also a potential use case. “These are devices that gather information, talk to each other related to agriculture and to other surveying tasks,” says Kelp. “A lot of the time, these devices sit in remote locations, where you don’t have a permanent electrical connection.”

According to Kelp, the university is keen to make knowledge available to commercial partners.

“The University of Tartu seems to be heavily investing in intellectual property rights protection and I think this project fits in with the general university goal of producing such technologies with commercial potential,” Kelp says. He notes the team will be collaborating with Fiaxcell, a Swiss manufacturer of ceramic fuel cell components. “I really hope this will not just stay in the lab,” he says. “We are determined to lay the foundation for this to make it to the masses.”