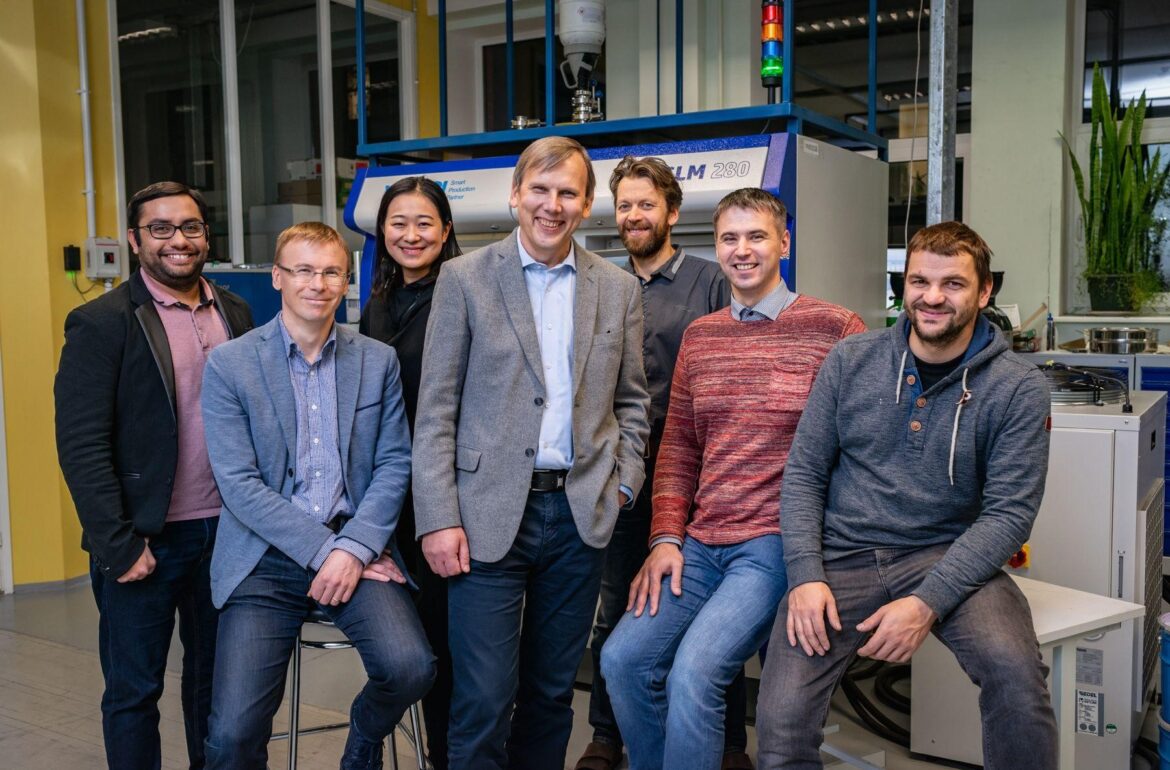 Scientists from Tallinn University of Technology (TalTech) will take part in I.FAST, a new project led by CERN, the European Organization for Nuclear Research, that aims to develop a new generation of particle accelerators and related technologies.

Particle accelerators rely on electromagnetic fields to propel charged particles to high speeds. Such machines are used for research in particle physics, enabling the study of matter and radiation. CERN operates the world’s largest accelerator at its headquarters near Geneva on the Swiss-French border. Founded in 1954, the organization this year added Estonia as an associate member state prior to full membership, and its participation in I.FAST is an opportunity for Estonia to both develop new technologies as well as network with longstanding CERN members.

“CERN is a very closed environment, and Estonia only became an associate member this year,” noted Tauno Otto, Professor of Production Engineering at TalTech. “For us, I.FAST is primarily an opportunity to get our foot in the door.”

Estonia’s journey to associate membership in CERN has been long. It linked initial agreements with the research organization in 1996 and has undergone years of assessments and evaluations before qualifying for associate membership in February, along with Slovenia and Cyprus. As CERN members, Estonians can apply for research positions and interact with other experts with whom they previously had more limited access. “It is a life changing experience,” said Otto.

Yet as prestigious as CERN is, it is also a 67-year-old organization that is seeking to spur a new round of innovation and stay competitive globally. The I.FAST project is central to that ambition, not only looking to keep Europe in the lead when it comes to particle physics, but provide European companies with a portfolio of advanced accelerator technologies that could create new jobs and support long-term economic growth.

I.FAST is backed with an EU budget of €10.6 million, and involves 8 research infrastructures, 12 research organizations, 12 universities, and 17 companies. It commenced on May 1 and will run through the end of April 2025. It has 14 different work packages, ranging from particle accelerator development to superconducting magnet research to social applications and ethics requirements.

TalTech is participating in a work package focused on developing advanced accelerator technologies. Specifically, it will work on metal 3D printing technology to modernize CERN platforms, as well as to parlay its discoveries into medical applications. Otto said that the 3D technology under development at TalTech could be used to build medical devices for computed tomography, for instance.

“We are currently preparing a case study using accelerator technology for medical applications, to build copper-based 3D printed medical devices,” says Otto.  “I very much hope that we achieve something usable in our economy and in healthcare,” added Otto, “so that the technology is not only for science, it is applicable in public life for everybody.”

TalTech can take part in I.FAST in part because of previous investments by the Estonian government. In 2017, the Estonian Research Council supported the acquisition of a metal 3D printing system at TalTech as well as a corresponding computed tomography system at the Estonian University of Life Sciences. The investments created a virtual research unit called the Smart Industry Centre, or SmartIC.

As a new associate member of CERN, Otto calls TalTech’s participation in I.FAST an “honor and a responsibility.” It could also lead to future collaborations between Estonian researchers and other consortium members. “We are partnering with very strong research partners,” noted Otto, “including companies with a long history of developing medical devices,” he said.

The work done within I.FAST could therefore have an impact for years to come.

“We are undertaking research about manufacturing at a high level,” said Otto. “We will learn what is needed in Europe for scientific research and industry,” he said. “It will pay off later.”

‘Technology at a turning point’

Maurizio Vretenar, project lead at CERN, is leading I.FAST. He said that TalTech will take part in applications related to additive manufacturing of components for particle accelerators, with the goal of producing a small prototype of a compact linear accelerator for medical and scientific applications.

“People usually know CERN as a place where new particles are discovered, what they usually don’t know is that behind these discoveries there is a huge technological effort, mainly directed towards building new and more powerful particle accelerators,” said Vretenar. “At the moment, particle accelerator technology is at a turning point,” he said.  “On one hand, physicists ask for higher particle energies, but on the other hand we cannot keep building larger and larger accelerators spanning across the entire region.”

Because of this, CERN is working toward developing a newer, smart generation of accelerators that are smaller and more powerful. He noted that CERN is unable to undertake such an effort on its own, and in I.FAST has set up a consortium of 48 research laboratories, universities, and companies across Europe.

“The goal is also to go across scientific and cultural boundaries, to exploit the huge European potential coming from our different cultures and approaches,” said Vretenar. He called TalTech a valuable partner and noted its participation could lead to future collaborations. “The main goal is to create a network and to exchange ideas, which could materialize in a larger contribution to one of the next projects,” said Vretenar.

Vretenar noted that Estonia is working within a CERN Baltic Group alongside researchers from Riga Technical University and others in the region. “For us, it’s nice to see that the three countries are working together,” he said.