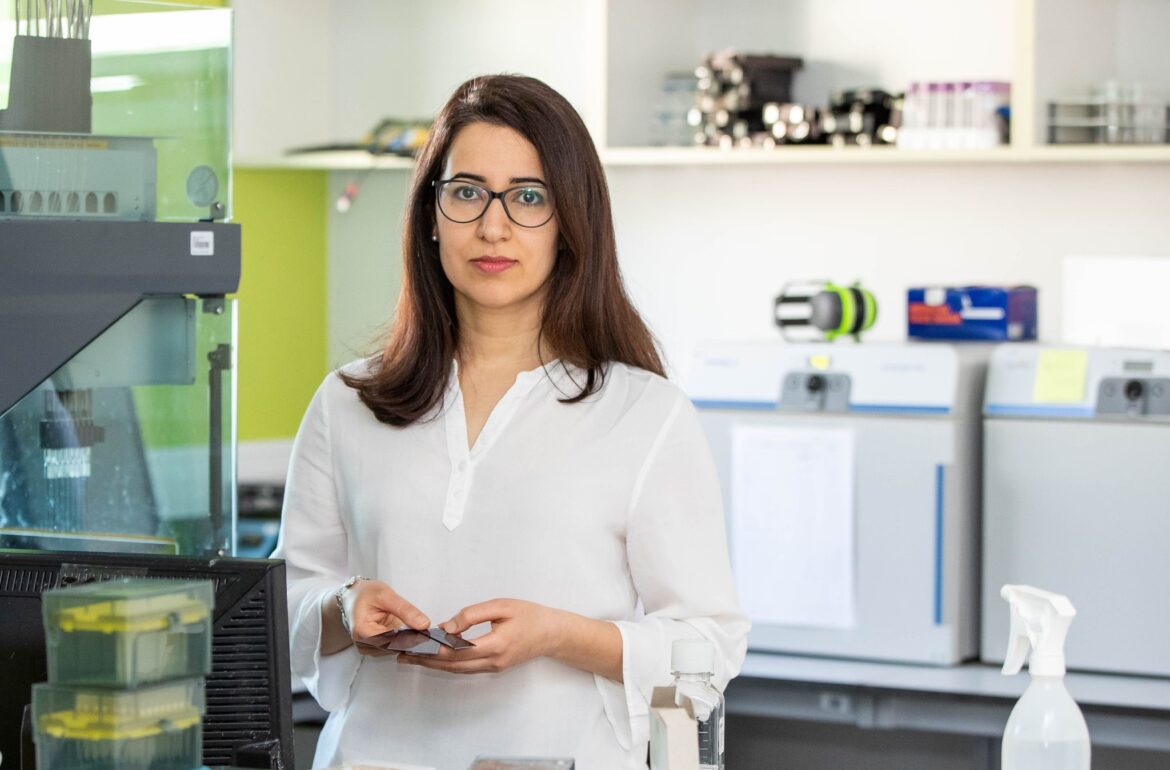 Scientists from the University of Tartu’s Estonian Genome Center are taking part in new precision medicine initiatives that involve collaborators from across Northern Europe.

The two projects, CoMorMent and Realment, are both funded through the European Union’s Horizon 2020 program, and are part of a concerted effort to tap into vast genomic data reserves and extensive electronic health records of Denmark, Estonia, Finland, Iceland, Norway, and Sweden. The six countries are part of the Nordic Society of Human Genetics and Precision Medicine, which was founded in 2017 to provide a framework for collaborative genetic research as well as to support the translation of findings into precision medicine to improve public health.

Such collaborations were already underway when the society was founded, noted Lili Milani, head of the Estonian Genome Centre and a Professor at Institute of Genomics, University of Tartu, but the organization has only helped to further advance joint efforts.

“It’s a bit of chicken and egg, in terms of which came first,” said Milani. “The society was formed because these partners were already working together and have similar valuable datasets, but these projects come about because we talk to each other in the Nordic Society and exchange information about what data different cohorts have,” she said. She noted the Nordic Society deserves credit for bringing the Nordic countries together and pooling longitudinal health record data, some of which goes back decades in some countries.

Estonia has long been a sought after collaborator in part because of its electronic health records, accessible via its digital e-Health system, plus its population biobank housed at the center’s facility in Tartu, 200,000 samples of which have been genotyped using multiple generations of the Global Screening Array sold by Illumina, a San Diego life sciences vendor.

The core premise of the Realment and CoMorMent projects is to combine that data with similar large cohorts, such as those held by Iceland’s DeCode Genetics, or Finland’s FinnGen project. Rather than generating more data, investigators want to use the data they have to make new scientific findings.

“We are looking at why people with depression are affected by shorter lifespans and more cardiovascular events, whether it is due to the psychiatric medications they take or due to nonadherence to prescribed cardiovascular medications, or due to lifestyle,” said Milani. “With all these different layers of data we can try to find the links,” she said. “That way clinicians will be better informed of what patients can do to reduce their cardiovascular disease risk.”

In addition to the University of Oslo and the University of Tartu, DeCode Genetics in Iceland, the Karolinska Institutet in Sweden, and the Capital Region of Denmark are taking part, as is the University of Edinburgh in the UK. Two imaging firms, Amra Medical and Multimodal Imaging Service, are also participating. Up to a million genotyped samples will be harnessed as part of the effort, plus national health registry data, enabling the study of a cohort size of 1.7 million people.

The researchers will use analytical tools to discover variants linking mental disorders and cardiovascular diseases. They also will craft stratification tools to predict who might be at increased risk of developing cardiovascular issues.

The second Nordic project, Realment, follows a similar approach of pooling resources across the region to run a more powerful study. Researchers at the University of Oslo are also leading this effort, heading a consortium of 13 partners. The project has a €6 million budget and starts this month. It will run through May 2025. One aim is to develop a platform to help clinicians select and manage patient therapies, as it’s currently difficult to gauge how a patient will respond to antipsychotic drugs without a lengthy and expensive trial-and-error process.

The dataset includes randomized clinical trial data on 10,000 people, with genotyping data on 1.9 million people, plus electronic health records data, which records how patients have reacted to different antipsychotic therapies. “We have over 10 years of medication use data in the Estonian Biobank,” said Milani, “so we can figure out a lot of different effects of long-term medication use, or the discontinuation of medication use and how it affects health outcomes,” she said. Investigators will also be looking at how therapies might reduce the occurrence of other conditions that might guide future drug repurposing strategies.

The goal of Realment is to develop a set of machine-learning tools that will help clinicians pick the best therapies for patients, and according to Milani, both projects might generate findings that could be eventually implemented in the Estonian healthcare setting. “A lot of the work in both projects is focused on discovery but also some validation or clinical studies,” noted Milani. “These should allow us to turn predictions into decision support tools for clinicians so they can choose the optimal treatments.”

Milani noted that Estonia has as a whole prioritized translating genetic findings into everyday healthcare practice rather than trying to genotype more participants at the moment.

“We are working with several partners on getting the data back to people, so that they start to see the benefit of these genetic findings,” she said. The center is already involved in pilot projects that use polygenic risk scores for increased coronary artery disease and breast cancer risk to identify and contact patients, so that they can undergo screening or take precautions to mitigate their risk of developing those diseases. The University of Tartu is also involved in building the IT infrastructure necessary for disseminating genetic information into the e-Health system, as well as a server for running different algorithms on patient genetic data, Milani said.

“A lot of focus has been on implementation and getting the maximum value out of the 200,000 that have been genotyped,” she said. “We hope to resume broader recruitment in a year or so.”