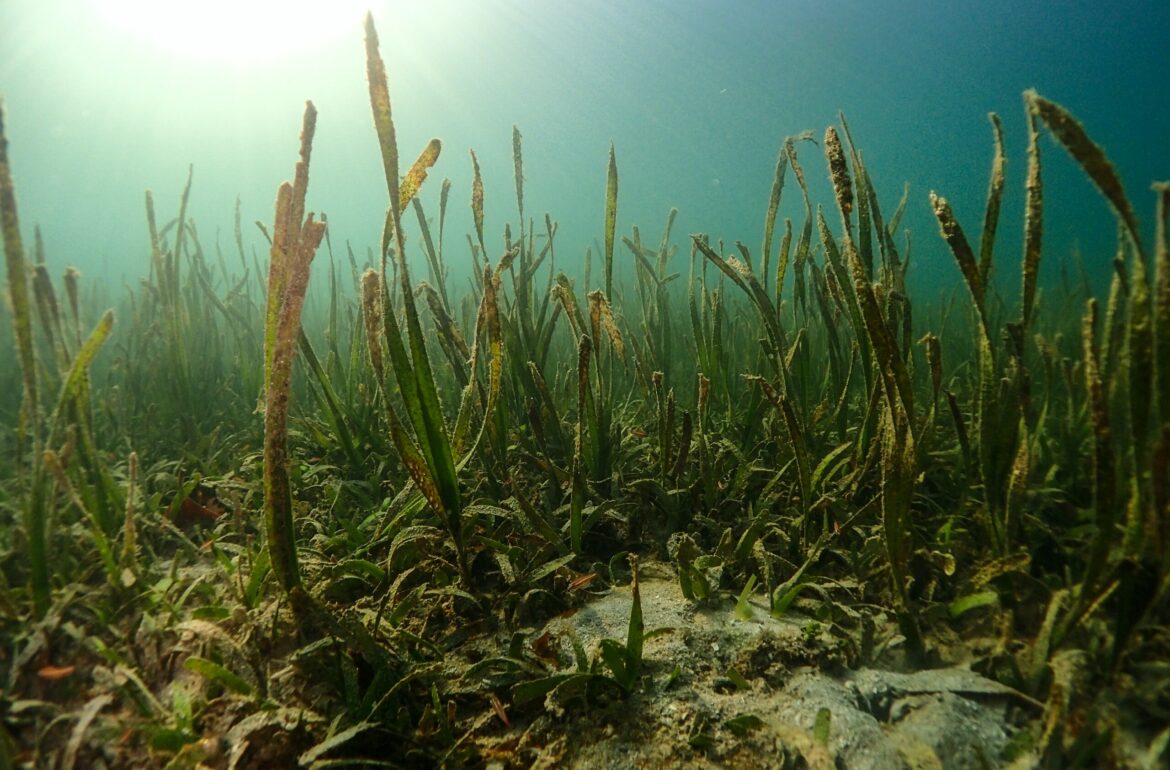 The recent study, published in Marine Pollution Bulletin and led by the University of Tartu, studies microplastics (MPL) in seagrass-beds of the Baltic Sea. Microplastic contamination in the marine environment is extensively studied yet little is known about the extent of MPL abundance in seagrass beds. With only a few studies in this field around the world, this study emphasises an important point – the environments ability to accumulate pollution in hotspots. In the case of microplastics in a coastal sea, seagrass-beds of Zostera marina seem to be this hotspot.

“More importantly, although being mainly pristine natural areas, we found plastic at every sampling point,” says Randel Kreitsberg (University of Tartu), lead author of the paper. “It is amazing how beautiful and green these seagrass-beds are – they truly are hotspots for life: small fish fry, macrofauna, and now also microplastics.”

The study was focusing on the Eastern Baltic Sea, the archipelago of coastal Estonia, where samples were collected from water and sediments at 15 locations. Surface water was pumped through a 40 μm plankton net, and sediments were sampled using a trowel. MPL were extracted with NaCl, identified by microscopy and ATR-FTIR on selected samples.

High microplastic abundance was determined in the surface water and in most of the sediments of the seagrass beds. Seagrasses strongly influence sedimentation by slowing water velocity as a result of drag from the canopy, thus increasing settling and promoting vertical accretion. The identified microplastics were predominantly blue and fibrous, in line with the bulk of microplastic research in the marine environment.

„In coastal sea areas we found high heterogeneity of sediment samples. Although the Baltic Sea is relatively stable in case of tides and currents, there is considerable underwater hydrodynamics,“ says Kreitsberg. “You notice it as soon as you dive the waters yourself.”

Surface water in the seagrass beds had 0.04–1.2 (median 0.14) pieces of microplastic per litre, similar to other areas of the Baltic Sea. Sediments had up to 1817 (median 208) pieces per kilogram (dry weight), much higher than previously recorded from adjacent unvegetated and offshore sediments – thereby suggesting a strong ability of the sediments in seagrass beds to retain microplastics.

Land-based sources, including wastewater treatment plants (WWTPs) are one of the main routes for microplastics to reach the sea. WWTPs do capture a significant proportion of microplastics, but due to large processing volumes, treated wastewater still makes a considerable contribution to aquatic microplatic pollution. Blue and fibrous nature of the majority of microplastics hints towards marine and fishing tackle, although there is little evidence to that.

“The truth is – nobody knows exactly where it all comes from,” says Kreitsberg.

The study provides a better understanding of an ecosystem, which is amongst some the most productive in the world, offering a multitude of ecosystem services, including nursery and spawning habitats, carbon sequestration and storage.

The authors highlight the need for future research to target the transportation routes and accumulation patterns of harmful microplastics. In addition, unified methods in studying the abundance of microplastics, especially the collection of samples and minimizing the internal contamination, is desperately needed.