Estonians are fighting the pandemic with cow’s milk 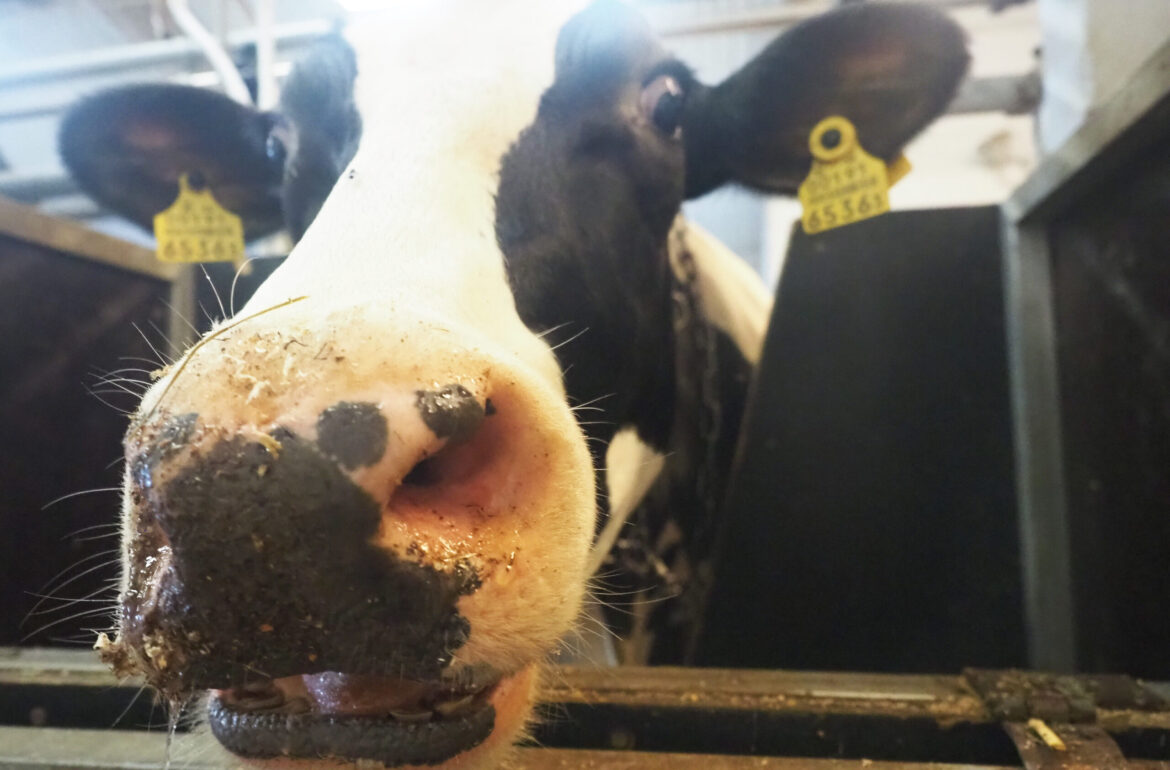 Sanna, one of many cows who help to produce the anti-SARS-CoV-2 antibody nasal spray at the farm of Estonian University of Life Sciences. Photo credit: Marian Männi
Share

A surprisingly effective anti-COVID19 nasal spray could become a game changer during the next pandemic wave.

The best superfood any newborn can wish for is their mothers’ first milk. Among many benefits, colostrum helps build a strong immune system as it is packed with antibodies, so that babies can get a good kick-start for life. The same goes for cows. Bovine colostrum, the cow’s milk during the first days, can fight viruses like nothing else.

Then why not use the antibodies in cow’s milk to keep the viruses away from humans?

For many years, this idea haunted Mart Ustav, a professor emeritus at the University of Tartu Institute of Technology and the founder of the biomedicine company Icosagen. He originally intended to use this idea to block the flu virus, but couldn’t cut through the red tape with animal testing.

Once the COVID19 pandemic hit the world, the officials were less adamant about new ideas. Actually, bovine colostrum has already been used in medicine – as food supplements and to treat diarrhoea and other GI tract infections. However, it doesn’t become systemic and is cleared rapidly from the human body.

Antibodies in cow’s milk can indeed block viruses, it turns out. To alter the composition of antibodies in colostrum, Icosagen’s scientists immunized third trimester pregnant cows with non-infectious SARS-CoV-2 spike protein, which is similar to the one used in the vaccines for humans. As expected, most of the antibodies developed went into the cows’ colostrum. The lactose and most of the milk proteins were separated from the substance, and then sterilised to get rid of other viruses and bacteria.

About 20 cows have been involved in the production of BioBlock. Credit: Marian Männi

This innovation, now filed for patenting at the U.S. Patent Office, has not only made cows more appreciated, but also made the Estonian company Icosagen a bit of a sensation in the medical world.

The nasal spray BioBlock, already sold in pharmacies all over Estonia and in some online shops, creates an environment of SARS-CoV-2 neutralizing antibodies on nasal mucosa. Since the topically administered antibodies in BioBlock belong to cattle, they don’t enter the user’s bloodstream. That’s why BioBlock cannot be considered as a medicine according to the inventors of the product. The first clinical trial indicated that it stays on the nasal mucosa at relevant concentrations for at least 4 hours. However, additional clinical testing is still ongoing to precisely evaluate the efficacy of preventing infections in households.

Icosagen’s scientists were congratulated during many online conferences, but at the same time, people are puzzled by the product. “Is it a food supplement or a medicine, they ask,” said Heilika Leinus, Icosagen’s product manager.

Whereas the Estonian scientists and authorities are determined that BioBlock is not a medicine, but a milk-like natural product, the authorities in several other countries are not sure yet, as it can be viewed as a borderline product in different aspects.

Nobody knows the final answer yet.

More than vaccines needed to stop the pandemic

Why even waste time creating nasal sprays if we have the vaccines? As Mart Ustav Jr. explained, vaccines don’t prevent people from getting the virus, they simply help it pass more easily. The virus still has the freedom to storm around and mutate.

Therefore, only vaccines won’t be sufficient to stop the virus. “Treatments, vaccines and virus-repelling mechanisms would have to be combined if we wanted to get rid of the pandemic once and for all,” said Ustav Jr.

Before the substance hits the pharmacy shelves, lactose and most of the milk proteins are extracted from it, then it is sterilised to get rid of other viruses and bacteria.

The advantage of BioBlock spray is that it can quickly be altered and adapted to the new variants. For now, the antibodies could fight all the WHO determined virus variants of concern, including the currently circulating Delta strain of the virus.

As many scientists are working on COVID-19 treatments, the main obstacle is the changing nature of the virus. When one remedy is ready, the virus may have already changed.

“With this solution, we are able to race the virus,” Mart Ustav Junior said. “We can make a new batch of sprays within two months and quickly react to the changes.”

Growing fast in the midst of the crisis

In the outskirts of Estonia’s university city Tartu, lies a modest building hidden behind trees. Nothing gives away that ground-breaking innovation could be happening here. Mart Ustav Jr. gives me a tour around.

The pandemic changed everything here. Most of the focus was suddenly shifted to SARS-CoV-2; many other projects were put on pause. The company hired about 25 more people last year.

Every third employee has a PhD here, and half of them women.

Icosagen has quickly become Eastern Europe’s biggest and most successful biomedicine company. “Our expertise lies in producing proteins: antibodies, vaccines, antigens – everything that the body can produce and that can be used in diagnostics,” said Ustav Junior.

Besides the nasal spray, they are working on a COVID19 treatment that the patient can inhale. Within about ten minutes the infected patient could have their dose and could return home. The testing on macaque monkeys has already been successful in France; clinical human testing is still to be done.

Ustav Jr. said it’s more realistic to have patients inhaling the treatment rather than keep hundreds of infected patients under the IV infusion for hours in clinics. In the future, there could be drive-through COVID-19 treatment centres, for instance.

Icosagen’s story proves that at least something is clear during these confusing times: to beat the constantly mutating virus, scientists need to be thinking out of the box.