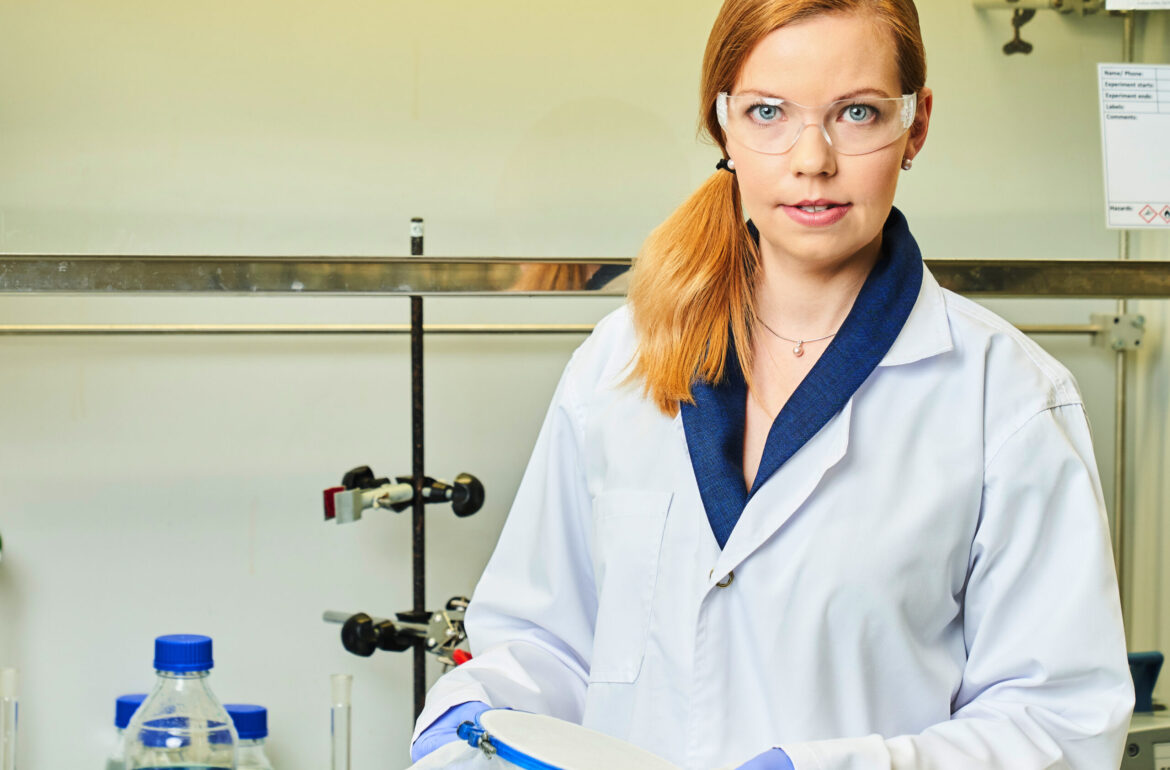 Estonian and Italian researchers have found a way to print micro-sized supercapacitors using completely biodegradable materials. This technology could prove to be useful in various applications such as medicine and the development of new environmental monitoring devices.

Supercapacitors are needed for storing electricity in order to release the accumulated energy in large quantities at the required time. The tiny supercapacitor created in a collaboration between researchers from the University of Milan and the University of Tartu has a thickness of 10 micrometres, which is more than ten times thinner than one stronger hair. At the same time, the supercapacitor can withstand voltages above 1.5 V, which is usually required to operate the most common electronic devices.

However, researchers at the University of Milan have developed a special technology for printing incredibly thin electrodes, i.e., supersonic cluster beam deposition. This allows for the very precise deposition of metal or carbon particles of controlled size in desired locations to produce very thin and uniform coatings.

“In Tartu, we had found a way for spraying a mixture of polymers and ionic liquids on a substrate to form a film. A technology for printing electrodes was known in Italy. Now the question was whether it would be possible to make a supercapacitor by combining this knowledge,” said Põhako-Esko.

A thin film of cellulose acetate was used as the substrate for printing. Alternating layers of carbon electrodes and an ion gel containing cellulose and an ionic liquid separating the electrodes were printed on the film. Choline lactate was used as the ionic liquid acting as an electrolyte in the device. The cation of this salt, which is liquid at room temperature, is choline. The same biomolecule is important, for example, in the construction of cell membranes and is also found in vitamin B. The anion, however, is a lactate known from lactic acid. Thus, both ions are of natural origin and are biocompatible, biodegradable as well as water-soluble.

The production of a printable supercapacitor is in many ways comparable to creating an image on paper using an inkjet printer. The major difference with capacitors being that researchers must first also find suitable materials for making “paper” and “printing ink”.

“In terms of materials technology, it will be interesting to see how the components work together. Finding the right combination of materials requires a lot of experimentation. Not all materials are compatible with each other and the printing technology is not applicable to each of them in the same way. For example, there are solubility problems, the viscosity of the solutions is not suitable for printing or the necessary layers do not stick together,” Põhako-Esko described the challenges the researchers are facing.

With this experiment, the researchers proved that printing a completely biodegradable and also flexible supercapacitor is even possible. Further research is needed to determine its service life and the time for complete degradation.

One day, when the technology is ready for use, it may have bright prospects in the development of medical implants and in various environmental monitoring devices, for example. Such biodegradable capacitors could be used if they only needed to operate for a certain period of time and the device should continue to decompose safely later.

The group described the supercapacitor in a paper published in the journal Advanced Functional Materials.