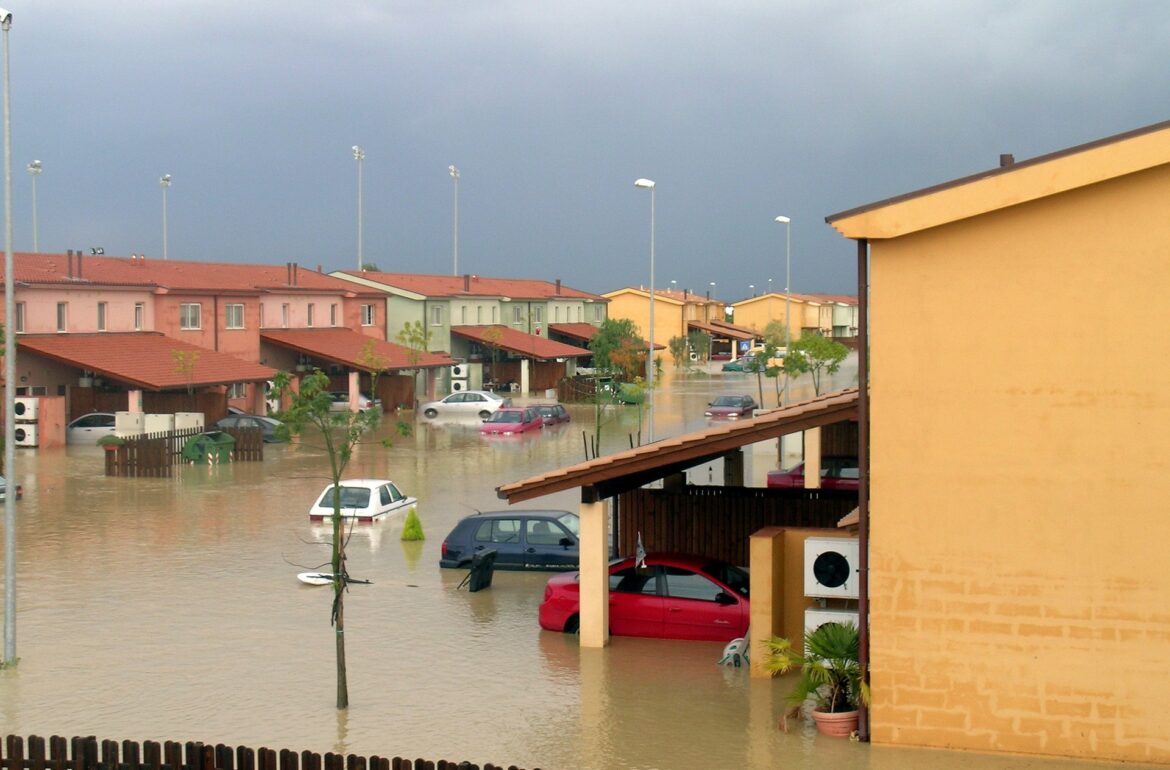 In the light of increasing urbanisation and frequency of extreme weather conditions, it is impossible to expand the current rainwater redirection systems. The algorithm, which was developed as part of a doctorate thesis defended in the Tallinn University of Technology, shows that at least a part of the solution may lie in smart and adapting water piping.

Man cannot stand against nature, but a rainwater system which can predict and prevent flooding in regions where systems will be overburdened during rainfall may be the key to saving city streets from flooding. Nils Kändler, who defended his doctorate thesis in the University of Technology, states that an overburden on piping can cause floods, as well as an overflow of combined sewers; both of which can damage the city and living environment, which citizens would also suffer.

Quick urbanisation, climate change, as well as the deterioration of the technical condition of infrastructure can affect the functioning of city water systems in the coming decades. Until now, the solution has been to expand or enlarge existing rainwater systems. For example, new piping and containers have been installed or the throughput capacity of existing piping has been expanded. However, this kind of approach is unreasonable in the long term.

The concurrence of the aforementioned factors is so large that the systems cannot be adapted to the changing circumstances by conventional means. So, new smart solutions are being explored which would incorporate the above cityscape surface, and would allow for the control of the amount of water that is directed into piping.

Using existing directing systems in such a way caused severe aggravation because as the systems are centralised, their behaviour cannot be predicted fast enough and they are difficult to apply the control of inflows which are located across a large area throughout the entire catchment area.

How to change the situation?

Here, we may find help from Kändler’s doctorate thesis which concentrated on creating a control algorithm with model-based prediction capabilities. The created algorithm is able to predict rain or the effects of other interferences to the rainwater system piping discharge and provide settings for limiting peak flow amounts. Additionally, this will lead to a decreasing risk of floods in the entire city system.

Another important fact is that the algorithm is a decentralised construction which allows inflow to be directed independently and makes the system more reliable in relation to failures.

Kändler’s algorithm has an important advantage when compared to other similar algorithms. A dynamic model is used to find the actuator settings, but this does not require real-time modelling of the entire system, nor computationally extensive optimisation. The decentralised algorithm with model-based prediction capabilities, which was created in the doctorate thesis, is free of the previously described flaws and is suitable for controlling any kind of rainwater inflow.

The supervisor of the doctorate thesis, Ivar Annus, confirmed that with the increasing frequency and intensity of rain, it is neither possible nor effective to continue with the current control logic of rainwater systems. Primarily, the current procedure is to quickly direct water from the streets down to underground collectors due to their limited throughput capacity.

“In the course of the doctorate thesis what was also researched, among other things, was how much, where, and for how long should water be kept on the streets to ensure that the system would function across the entire catchment area. For this purpose, in addition to the control algorithm, a method was developed for how to map areas in city environments which could be and (deriving from the functionality of the system) should be flooded in a controlled manner,” explained the Director of the Tallinn University of Technology’s Laboratory of Fluid Mechanics.

The investment requirement for the proposed decentralised solution is not large. According to Annus, to apply the system, there needs to be a digital turn in the water sector which would allow the creation of digital twins for the currently existing systems and equipping critical wells with sensors which would be used to manage the entire system. “The first smart solutions for rainwater systems have been built in Haapsalu an Rakvere as part of the NOAH project which we are leading,” Annus noted.

As part of the ongoing DEPART project, there is a plan to implement the developed control algorithm in one Estonian city.

As part of the thesis, the algorithm was tested in three pilot areas to direct regulatable curb inlets, underground control wells, and accumulation containers located in street surfaces. The results showed that the control algorithm is capable of reducing peak flow capacities by up to half. Simultaneously it consistently maintained the water inflow in the piping below the given limit, and reduced the number of overflowing wells by up to 30 per cent.

The algorithm was faster than most existing solutions. For example, the calculation of 18 street reservoir settings took 0.11 seconds per one minute time increment. Based on the analysis, in addition to the technical advantages, the developed solution is financially cost-efficient. Taking into account both investments and the size of fixed costs, the solution is approximately one fifth cheaper than conventional flood risk reduction systems.

Although the direction solution of the rainwater system which was presented in the thesis was tested in three pilot areas, they are designed to be universal. In other words, they can be used in every city district where there is a risk of overburdening rainwater systems. An important circumstance is that surface structures, such as permeable surfaces, are part of the city rainwater system.

Usually, the water undertaking is liable for the functioning of underground piping in cities while landlords are liable for the ones above ground, that is the maintenance of influx surfaces. However, the distribution of liability hinders the implementation of both smart and natural solutions because new and effective solutions require comprehensive maintenance to ensure the long-term functionality of the system.

Nils Kändler’s thesis shows however, that the co-ordination of different parties is crucial in order to improve the drainage of rainwater in cities.

Read the doctorate thesis in the Tallinn University of Technology digital collection.