A TalTech researcher took the first photos of the satellite Hämarik 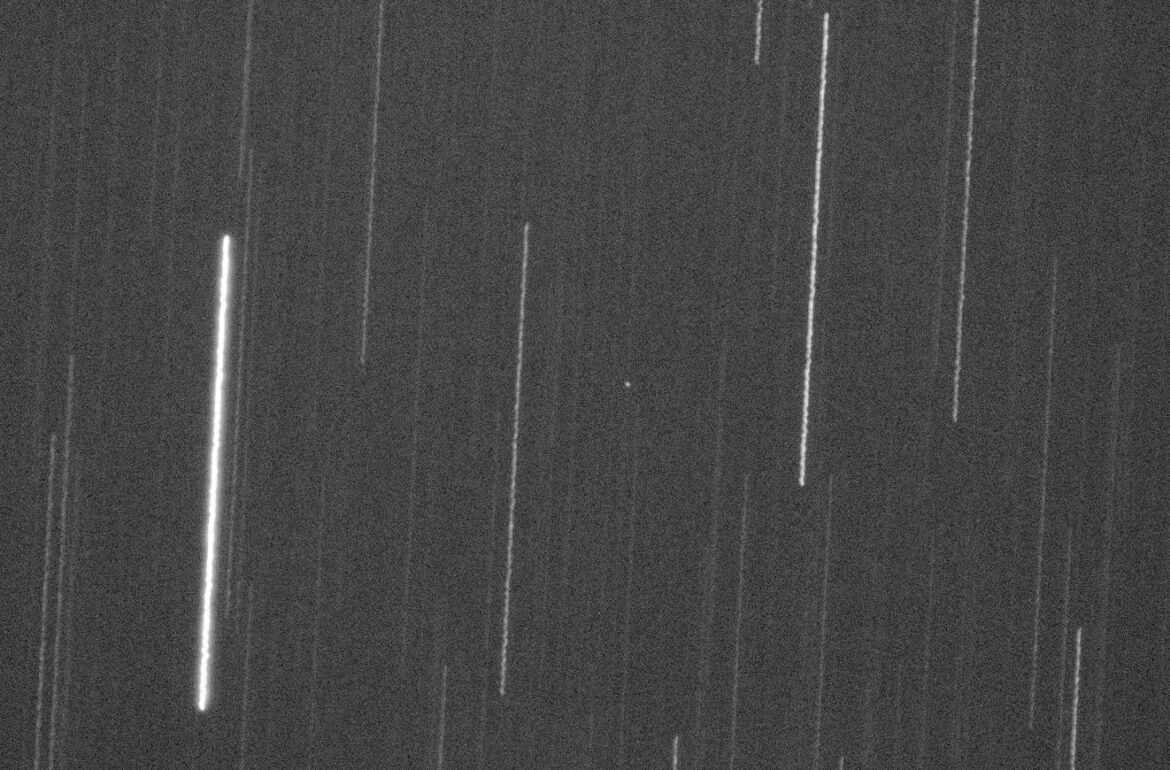 The little dot in the center is the Estonian satellite Hämarik. Photo credit: Dzmitry Kananovich/TalTech
Share

In the late evening of August 17, Dzmitry Kananovich, a senior researcher at TalTech, sent a message to his friends and colleagues: “Good evening! 30 minutes ago I noticed that the sky was clear. And… TTU100 will very conveniently fly by at 22:55!”

“Here it is. Time 22:56:55, distance from the satellite is about 792 km. The brightness is ˜10 magnitude. Of course, I have more pictures,” he announced Kananovich in his message, which also included some photos.

The little dot in the middle of the picture was TTU100 – TalTech’s satellite Hämarik, which was launched into orbit by an ESA rocket on September 3, 2020. The long lines in the image are traces of stars in the sky formed during a 2-second exposure.

Seven years ago, at the very beginning of this project, the team – led by Rauno Gordon and operating at the TalTech Mektory space centre – which developed the satellites Koit and Hämarik was already planning to test optical communication. This meant that the satellites would flash lights, while a small telescope on Earth could be used to observe their fly-by and also see the flashing. The same method would allow data to be sent to Earth.

Although several students have covered this topic in theory during the project, a fly-by of the satellite had not yet actually been observed.

A little over two years ago, Dzmitry Kananovich, who works as a senior researcher at TalTech’s School of Science and has studied many telescopes as a hobby, decided to start working on this topic in his spare time. It turned out that several telescopes which he managed to test in Tallinn could not observe objects that were quickly flying by. There were various problems; some did not have the required software, some had shortcomings in their hardware and were not able to observe the fly-by as smoothly as was necessary.

Finally, Dzmitry Kananovich found a solution in the form of a specific little tracker that could be fitted with camera systems weighing up to a few kilos. A consumer camera lens was chosen as the telescope. It turned out that with this technique, an object flying by in the sky can be observed over 10 minutes so smoothly that even a subject with very low brightness can be viewed if the shutter speed of each frame is set to 2 seconds on the camera.

The team continues to be in contact with the Hämarik satellite and its software has also been updated, though software with wider functions is still being developed. The main goal is to get the feature of taking pictures of the Earth to function. According to Kerstin Äkke, software engineer in Datel, an IT company with long-term experience in the space field, the team’s work plan includes several tasks, including achieving quick data connection, so that pictures of space taken by Hämarik could be sent back to Earth. “So far, we have already managed to download a few thumbnails. Our next goal is to determine the exact position of the satellite and point the satellite’s cameras towards the Earth to send whole images taken in space to the Earth,” the software engineer explained plans for the future. Then the data received from the position control system’s sensors can be displayed – there is an optical sensor on each side of the satellite that acts like a small camera.

How long have the satellites been in space?

The construction of the satellites in TalTech began in 2014. Initially, students planned to launch one space satellite into orbit, but then it became possible to send two. The satellites were named Koit and Hämarik. Koit was launched into space on board a Soyuz rocket on July 5, 2019, and Hämarik on September 3, 2020.

First contact was made with the satellite that was second to be launched into space. On the evening of 15 November of last year, they managed to capture an information package from Hämarik with the antenna of the Tartu Observatory in Tõravere. Only a few days later, on 21 November, at 10:27, they also managed to receive the first information packages from the satellite Koit, which had reached orbit in the summer of 2019.

In total, three satellites have been launched into Estonian orbit, and a connection has been established with all of them. In addition to the Koit and Hämarik satellites, ESTCube-1 is also in orbit. Similar to Hämarik, the mission of the satellite Koit is ground surveillance, using RGB and NIR cameras. Koit orbits at an altitude of 530 km at a speed of 7.6 km/s.

The article was initially published in English by Tallinn University of Technology.