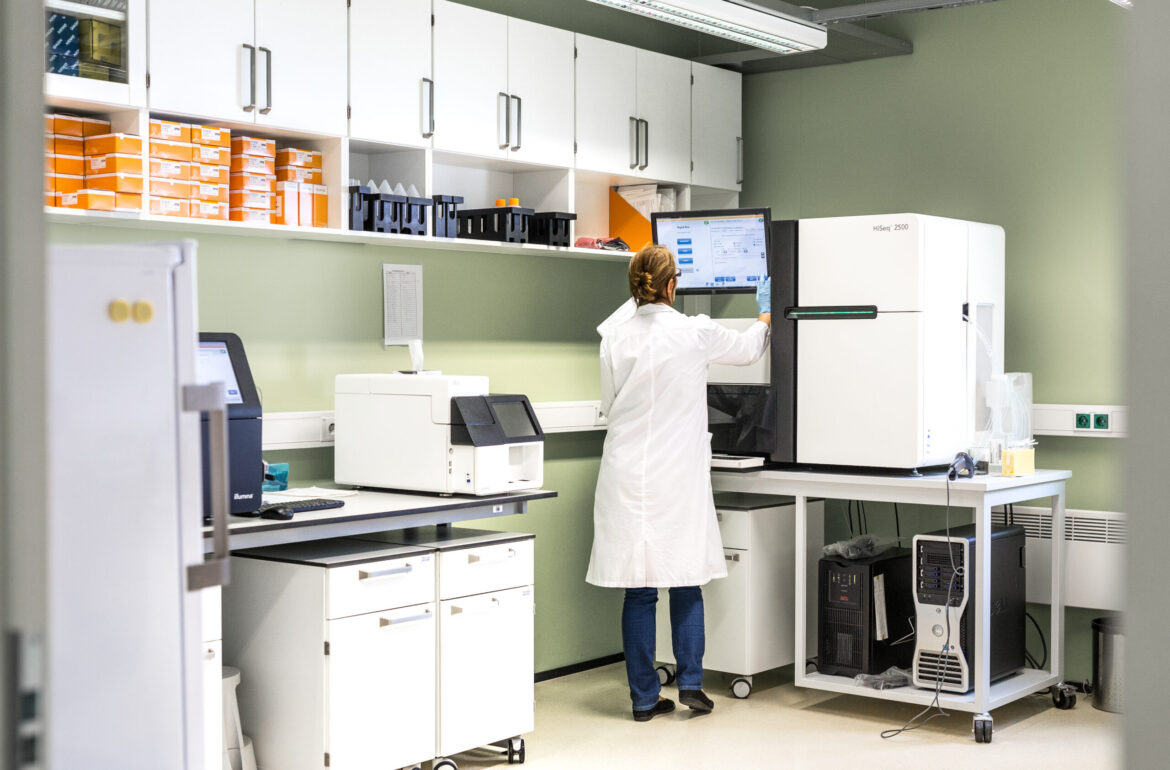 A recent article published by researchers at the Institute of Genomics of the University of Tartu in the journal Human Reproduction described new links between polycystic ovary syndrome and genetics.

Polycystic ovary syndrome is the most common endocrine disorder in women, characterised by irregular periods, high levels of androgen hormones and/or enlarged ovaries with many follicles containing the eggs (known as polycystic ovaries), which might affect fertility and the risk for other metabolic disorders. “It is a multifactorial condition, meaning both genetics and environmental or lifestyle factors increase the risk,” said Triin Laisk, Associate Professor at the Institute of Genomics.

To search for these variants in polycystic ovary syndrome, genome-wide association studies can be conducted. “This technique compares the genetic material (DNA) sequence in women with polycystic ovary syndrome, for instance, to women without the condition and allows the identification of sequence changes which are more frequent in the group with the trait of interest,” said Laisk.

Using a similar approach, a previous study including a large number of women from diverse European populations, identified genes involved in DNA repair, maturation of the ovarian follicles that contain the oocytes, cell growth and division, and synthesis of androgen hormones, amongst others, to be linked to polycystic ovary syndrome.

In this study, using the same approach but only including Estonian and Finnish populations, two new rare genetic variants that increase the risk for polycystic ovary syndrome are described, which likely affect the gene CHEK2. “Due to differences in demographic history, the enrichment of some variants in Finnish and Estonian populations provided a unique opportunity to capture novel rare genetic variants associated with polycystic ovary syndrome when focusing only on these populations”, explained PhD student Natàlia Pujol Gualdo, who is co-first author of this work.

CHEK2 encodes for a protein which is an important factor in the quality control of cells and the repair of damage in the DNA. CHEK2 has been also linked to ovarian reserve and variation in age at menopause, which goes in line with the observed later age at menopause in women with polycystic ovary syndrome. “Further research is needed to explore the role of CHEK2 variation in polycystic ovary syndrome and we hope this study serves as a base for further experiments that can clarify their interplay. At the same time, this study highlights the importance of population-specific biobank initiatives as unique means to seek into the genetic landscape of complex diseases,” said Laisk.

The study, co-led by colleagues from the University of Oulu, forms a basis for collaboration to study the genetic underpinnings of diverse female reproductive conditions leveraging unique data from Estonian and Finnish populations. Thanks to all biobank participants in the project, the authors were able to analyse genetic data of over 233 000 women from the Estonian Biobank and the FinnGen study coordinated by the University of Helsinki – which enabled the identification of novel genetic risk factors in polycystic ovary syndrome.