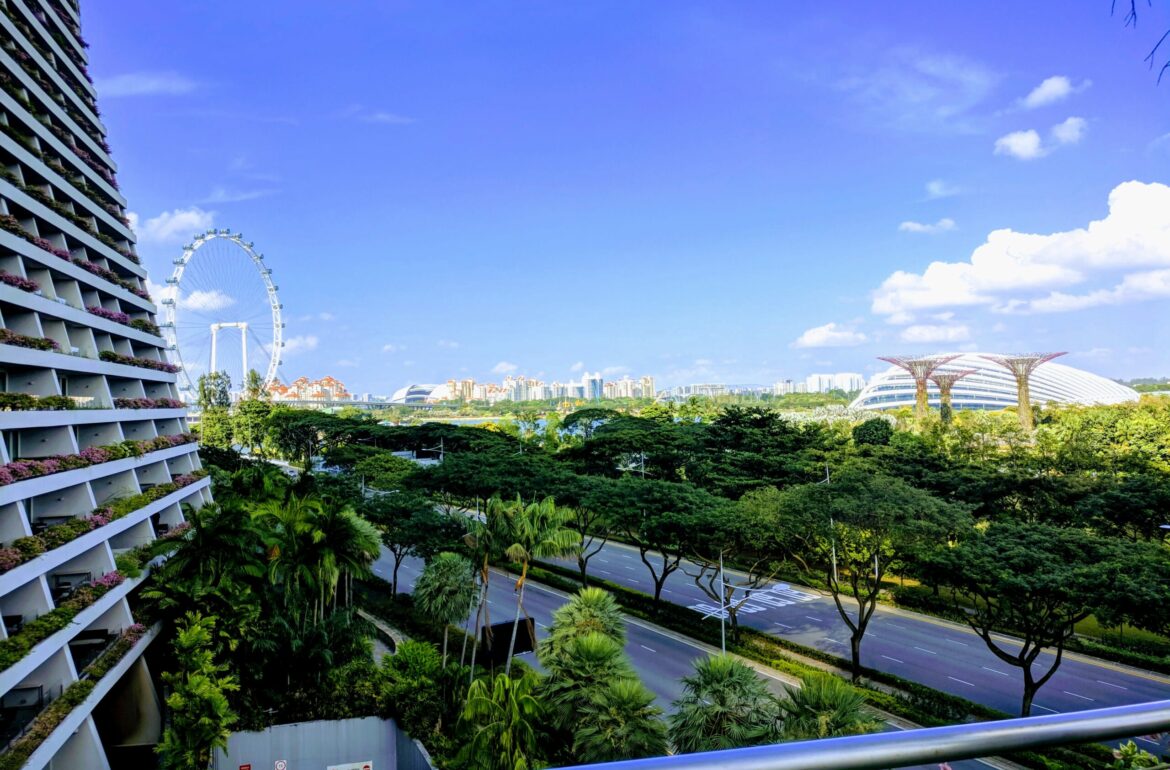 Researchers from the FinEst Centre for Smart Cities have described several new applications that could help city planners make more informed decisions about green spaces in the future. The scientists discussed their work during a research and innovation seminar held on November 11.

The applications are being developed as part of the GreenTwins project, which seeks to address issues around urban greenery and how to take green spaces into account in the city planning process. The project commenced earlier this year and is led by Fabian Dembski, a research professor in Tallinn University of Technology’s Academy of Architecture and Urban Studies.

Funding for GreenTwins has been made available through the EU and Estonian state-supported Smart City Centre of Excellence project, which is overseen by the FinEst Centre and has an overall budget of €8.6 million. It commenced in January 2020 with an end date of 31 August 2023, which is also when GreenTwins will end. The funding for GreenTwins alone is about €1.3 million. The FinEst Centre, based at TalTech, aims to develop and test new technologies focused on urban environments. The centre also involves Aalto University in Espoo, Finland, Forum Virium Helsinki, and the Estonian government.

Dembski joined TalTech earlier this year from the High Performance Computing Center Stuttgart in Germany, where he led projects focused on developing digital twins of cities. Since coming to TalTech, he has led the digital twins project GreenTwins. Digital twins are virtual copies of an urban environment. Using them, researchers and others can make forecasts, for example, related to development projects, or forecast seasonal impacts on greenery. To create digital twins of Tallinn and Helsinki, the researchers are relying on high-performance computing to craft models, simulations, and algorithms that can describe their real counterpart, its properties, and behavior.

“I think a digital twin can be described as a container of models, simulations, different data, analysis, and so on, from the real world,” says Dembski. “It can help to predict or forecast future developments or predict future scenarios,” he says. In the case of a green digital twin, researchers can use the tools in these digital containers in the future to make predictions about the impact of climate change on the green environment, for example. They can also predict how the expansion of green spaces could mediate urban heat islands and thus play a role in future development plans.

“Those are the things we are interested in,” says Dembski, “how does the built environment impact the urban green environment and vice versa.”

Digital twinning is a relatively new international phenomenon, as far as urban environments go, but projects are underway around the world. In Stuttgart, Dembski himself worked on a twinning project involving the neighboring city of Herrenberg. The development of the digital twins of Tallinn and Helsinki is underway, and GreenTwins will add a layer of green infrastructure to it.

“This is important because people are working on many topics related to digital twins, but few are working on the green environment,” says Dembski. “But this is important for the future of cities, which are facing enormous challenges.” For example, he says the city of Paris has embarked on an extensive program to green the city, and envisions turning the Champs-Élysées into “forest-like structure.” Such efforts could thus make urban life more enjoyable and liveable.

There are several outputs to the GreenTwins project, one of which is a CityHub that will be built to host citizens, planners, researchers, and city leaders. The envisioned hub, which will be located in downtown Tallinn, will encourage more citizen participation in urban planning, while making visualizations of proposed developments more realistic and simulations more accurate.

“We see this as a participatory space, a human-computer-human interface providing access to citizens and stakeholders,” says Dembski. Optimally, the hub could be ready for demonstrations by the time that Tallinn assumes the title of European Urban Green Capital in 2023, he adds.

The CityHub will make use of several applications, including one called Urban Tempo, which Dembski’s colleague Antti Kauppi from Aalto University showcased during the seminar earlier this month. The Urban Tempo app will enable simulations and visualizations both within CityHub but also on desktops. An inventory of plant species and their characteristics will also be added to the digital twin as a layer, and users will be able to experience the interplay between the urban and green environments, such as the impact of vegetation on the cityscape. Developers hope the availability of the Urban Tempo app will make urban planning easier to visualize and grasp for planners and citizens and ultimately lead to better and more informed decisions.

“Urban Tempo relies on the algorithms developed in the Digital Plant Library to visualize how plants change over time and over seasons,” notes Dembski. “All of that information can be used or visualized in this Urban Tempo application, in the CityHub in virtual reality, for example, or on your desktop,” he says.

A linked application is the Digital Plant Library. Researchers are currently at work building a 3D library of trees for the cities of Tallinn and Helsinki, and gathering data related to age, height, canopy, and other attributes, such as the condition of the tree and predictions for future. Algorithms for computing changes in appearance and other qualities are also being built.

Dembski’s colleague Henna Fabritius from TalTech provided an overview of the Digital Plant Library during the seminar. She said that the researchers are focused on creating a user-centered platform that can be integrated into city information systems. They are also liaising with stakeholders to get a better idea of what data is most relevant. In terms of development, Fabritius said that the researchers are starting out with simple projections related to growth trajectories for digital plants, including seasonality projections, but are aiming at more complex predictions in the future, such as species interaction, mortality, soil humidity, and changes in access to sunlight.

“As a basis for this green digital twin, we need the digital plant library,” stresses Dembski. He adds that the researchers are working on methods on how to detect different species in Tallinn, from registering trees on site, to using remote sensing or drone flight data.

During the seminar, Dembski’s colleague Petri Kangassalo from Aalto University also discussed another application called the Virtual Green Planner, a tool that will allow citizens and other stakeholders to create different planning scenarios. Citizens and other stakeholders can then interact directly with a virtual model of the city via their desktop or mobile devices, adding data and sketching ideas digitally. This in turn can be communicated as a basis to planners and decision-makers.

According to Dembski, none of the applications are ready for use, but all are in progress. The Virtual Green Planner is already functional as a prototype, he adds, and the CityHub is a question of financing, collaboration, and involving different stakeholders.

“We are working the best we can in open source and open access format, because we want this tool set to be available for other researchers and to build a basis for future research in the field,” comments Dembski. He adds that while GreenTwins has a hard deadline of 2023, the time frame is “good to have”, as it encourages the team to focus on the most essential parts of the project. “We can develop a very good foundation that can be applied and scaled and maybe transferred to other places and also developed further,” notes Dembski.