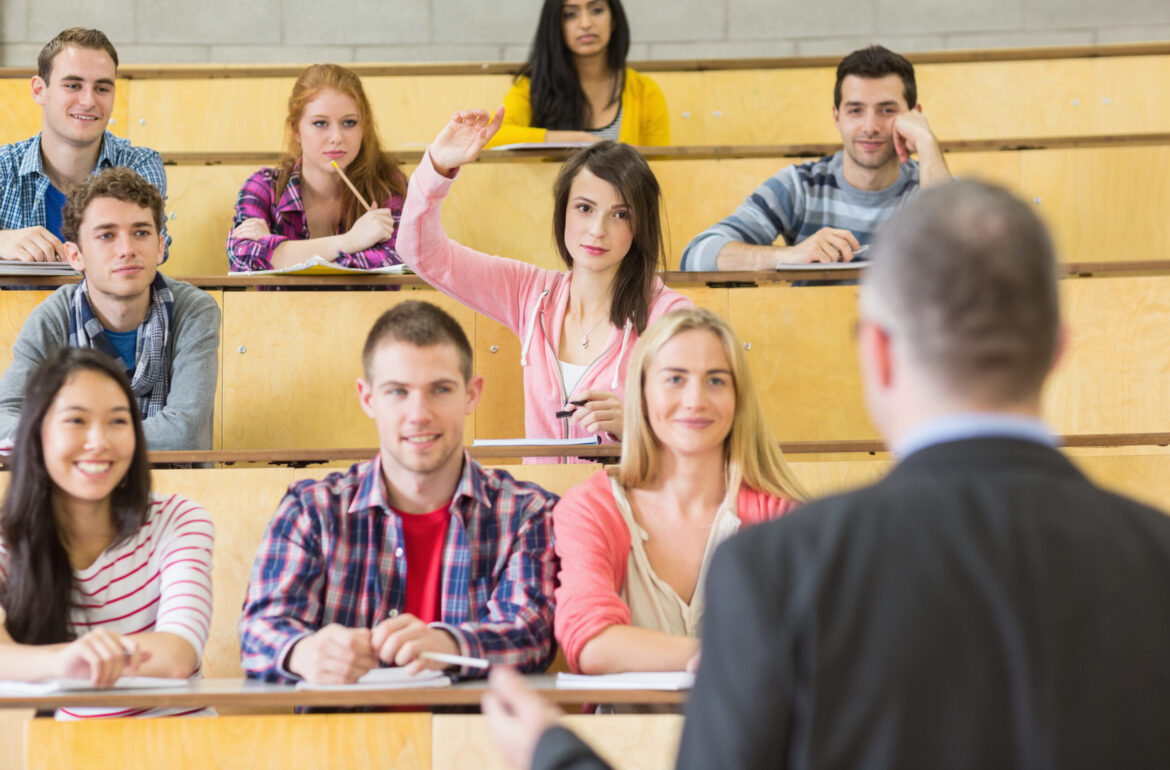 Academic institutions are creating gender equality plans to apply for popular EU grants, but will it actually change anything? Photo credit: Depositphotos
Share

Though the majority of university graduates are women, they are still only in the minority when it comes to leadership in universities.

There were more female graduates of Bachelor’s and Master’s programmes than male in the EU in 2016, and about half of the EU doctoral graduates were women. Yet, only around a quarter of women hold the highest academic positions, a European Commission She Figures 2018 study showed.

The European Commission is trying to change this. Starting from 2022, all the public bodies, research organisations and higher education institutions in the EU and associated countries will need to draw up an equality plan if they want to apply for Horizon Europe grants.

It marks a strong shift as Horizon Europe is the EU’s key funding programme for research and innovation as well as the largest research financing program worldwide.

The gender equality plan can vary, but it must have sufficient time – and a specific person – allocated to implement it. The EU recommends adding work and family balance issues to the plan and to look at gender equality throughout decision making and hiring processes. The plan should also cover research content and steps to combat gender-based abuse and violence. It must be approved by the highest staff.

“We are on the right path,” said Helena De Felipe Lehtonen, a member of the European Economic and Social Committee (EESC) and an expert in gender issues. “Every country and every field is affected by gender inequalities.” Lehtonen believes that any initiative is to be welcomed at this point. She believes that compared to the rest of the world, the EU is doing rather well.

But will the gender equality plan really change anything?

In light of the new grant requirement, Tartu University scientists at the Centre for Applied Social Sciences studied how gender inequalities were perceived amongst Estonian scientists.

Estonia is an interesting case to focus on. Proportionally, Estonians are one of the most active Horizon grant seekers. At the same time, Estonia ranks 17th for gender inequality amongst 27 EU countries.

It turns out, the main obstacle for this tiny Northern country is gender blindness.

“Most people, both men and women, don’t see the problem when it comes to gender differences,” said Helen Urmann, one of the authors of the 2021 study that looked into gender inequalities amongst Estonian scientists. The authors analysed data and interviewed 60 decision makers and academic workers.

The interviewees continuously emphasised that gender doesn’t play a role in science, because the criterias and conditions are the same for everyone. Therefore, everyone has the same chance to advance in their careers. Academic employees and science in general were described as something gender neutral. The authors concluded that this preconception of gender neutrality in the academic field excluded further discussions about problems and obstacles that should be addressed.

Instead of getting leading roles, most Estonian women with the highest degrees end up working as assistants and in teaching roles.

The fact that women withdraw is often seen as inevitable. “When we talk about women’s issues, it’s often perceived as dealing with minority issues, but women are not actually a minority,” said Loone Vilumaa, a research and development analyst at the Estonian Research Council.

Another serious obstacle is the general passivity when it comes to gender issues. People working in academia said they have refrained from speaking up because nothing came of it. “To avoid problems, people don’t report inequality issues,” said Siim Espenberg, another author of the study. “Acknowledging equality as a value should be the first step. Giving people the freedom to decide when and where to work should be the second.”

To do well in the scientific field, one is expected to have a continuous, uninterrupted career, the Estonian study revealed. Estonia’s generous parental leave allows new mothers to stay away from the workplace for up to three years. They then have the right to continue their career right where it got stalled. Even if it may sound fair, it doesn’t always go so smoothly. The nature of scientific work relies on specific quantitative results. Due to underfinancing of the research sector, Estonian scientists also depend heavily on various grants.

All this favours a “genderless scientist”, who regularly shows up in the office and whose private matters remain uninfluential. Taking long gaps pushes female scientists aside.

“The formal conditions are in place, but they don’t always help women advance,” said Helen Urmann, one of the authors of the study. “Gender equality, and equality in general, are topics that haven’t been well covered in academic documents so far.”

For now, the conditions for real and lasting change are in place, but the mindset lags behind when it comes to gender equality. Hopefully, this won’t devolve into a box-ticking exercise, and instead usher in a new era of awareness and fairness.