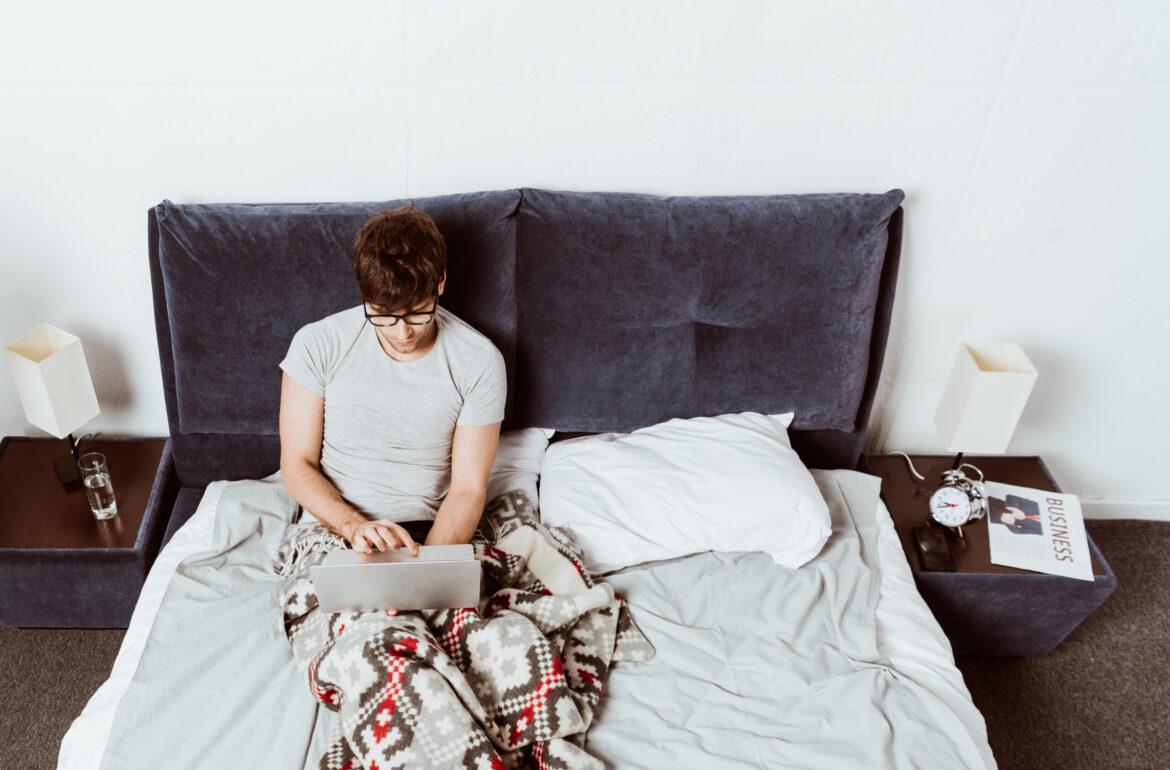 EU laws are too narrow to embrace the changes in office work, University of Tartu law professor Merle Erikson concluded.

A playful toddler and a baby walked into their dad’s home office in the middle of his live BBC News interview, becoming a sensation five years ago (kids interrupting work!) and by now has been viewed almost 50 million times.

After the global COVID-19 quarantine, many of us could relate to this scene. The past few years have completely changed the way we work. Not just the pandemic, but also technology has lifted us from the burden of physical presence and long commuting. Working from home with kids in the background now rarely raises an eyebrow.

There is data to back it up too.

Early estimates from Eurofound (2020) suggest that close to 40% of people working in the EU began to work from home full-time as a result of the pandemic, and most so-called knowledge workers, who are not bound to one working location, prefer to keep it that way, Slack’s latest global survey revealed.

People are gaining more liberty in deciding where and how to work. Isn’t it great?

Not everyone agrees however, and there are still many questions to be answered. For example, when does work end and rest time start at home? Who is responsible for safety and fair conditions in home offices? How can we even regulate work at home?

The EU has been trying to untangle these knots, but progress has been relatively slow.

University of Tartu law professor Merle Erikson looked at one example among many laws to see how well the EU’s Working Time Directive, adopted almost twenty years ago in 2003, reflects the new reality.

She focused on the term “autonomous worker” within the directive in her article for the European Labour Law Journal.

An autonomous employee refers to someone who is free to decide on the quantity and the scheduling of his or her working time. Even though EU countries can adapt the term in their legislation, and have been attempting to do that, the law is too narrow to cover the modern needs of the labour force, Erikson found.

“In its narrow wording, the directive only refers to certain professions like high-level managers, certain experts and academics,” Erikson told Research in Estonia. It doesn’t apply to the majority.

Erikson believes that both employers and employees could benefit from more relaxed rules. For workers, free schedules could bring more comfort, while their superiors, on the other hand, wouldn’t have to apply and follow complex working and rest time rules. They could use their time to focus on other things, such as actual results.

Member states already interpret the Working Time Directive in their own way and often do so more broadly than the directive actually allows. According to both the Commission and the case law of the European Court of Justice, derogating from the scope of the Working Time Directive should only be an exceptional situation and apply to employees who are fully independent in deciding on the quantity and the scheduling of working time.

Thus, the current EU’s Working Time Directive is not making employment relationships significantly more flexible, and doesn’t reflect the new reality that almost half of the EU residents live in.

The EU’s trade unions are reluctant to make work contracts more flexible because of the fear that the employees will lose out, they are afraid of tax avoidance and shirking responsibilities.

It doesn’t come from nowhere. The European – mainly Western – trade unions have fought long and hard to ensure Europeans can enjoy some of the best workplace standards in the world. Disrupting this is like ripping up the EU’s core identity: quality, stability and safe standards of living.

The EU’s first working rights were established in the early 20th Century. They prescribed what workers could expect from a “normal” employment relationship. Those protections provided workers with labour stability, access to training, career development and collective rights. They also ensured workers had an adequate income level during working and non-working periods.

Until now, most Europeans work under such conditions, knowing their rights are fully protected.

Oliver Röpke is the President of the Workers’ Group at the EESC, an advisory committee for the EU. His group collects and maps the workers’ needs across the union and communicates them to the EU. He thinks the EU’s current Working Time Directive is flexible enough and that the member states are, in any case, adapting it according to their needs. He has seen that people struggle to find full-time work. “The EU should put the emphasis on this instead,” Röpke told Research in Estonia.

The strong trade unions set the tone in the corridors of Brussels – they are simply more powerful. Hybrid and platform workers are just not as organised and clear in their messages.

“The EU trade unions vigorously fight against flexibility, because of the fear it would worsen the workers’ conditions,” explained Reet Teder, a member of the European Economic and Social Committee, representing Estonian employees.

Why should the EU change, they wonder –  the rest of the world should take notice of the EU instead!

Even Ursula von der Leyen, the president of the European Commission, emphasised in her speech at the EESC plenary that the EU is a social economy. “Let me repeat, a social economy,” she said. In Brussels’ language, this means prioritising security and stability over anything else.

“If the trade unions could, they would even forbid the platform work,” said Teder. “Their ideal form of work is built on the old model.”

But not even Brussels can ignore the digital labour platform work and European Commission is now discussing how to regulate it, so that those who perform the service-oriented tasks such as driving, running errands or cleaning houses via web-platforms could also enjoy the labour rights and social benefits the trade unions think they are entitled to.

In Teder’s view, the EU should focus less on rules and regulations, as true innovation occurs with freedom. “Just look at what is happening within the IT sector, still largely an underregulated sector!” she pointed out.

Stefano Mallia, the president of the EESC employer’s group, agrees that there is a need for maximum flexibility. “Not to be able to cut corners or to cut costs, but to allow younger entrepreneurs to set up their own business,” he said.

Young entrepreneurs often give up on their bold ideas for a “proper” job. It’s easier and safer than taking risks. There have to be frameworks and standards, Mallia believes, but they should not hold people back from what is important.

Work has become diverse and varied, but social protection matters too. So Erikson proposes that a worker could be “autonomous” if the employer intervenes to some extent in the determination of working time, such as requiring the worker to attend a meeting, be present during visits or meet with the client at a predetermined time.

This, she suggests, would make work more flexible for many, and not just for a few.

Until then, the world is changing, with or without the laws on paper.