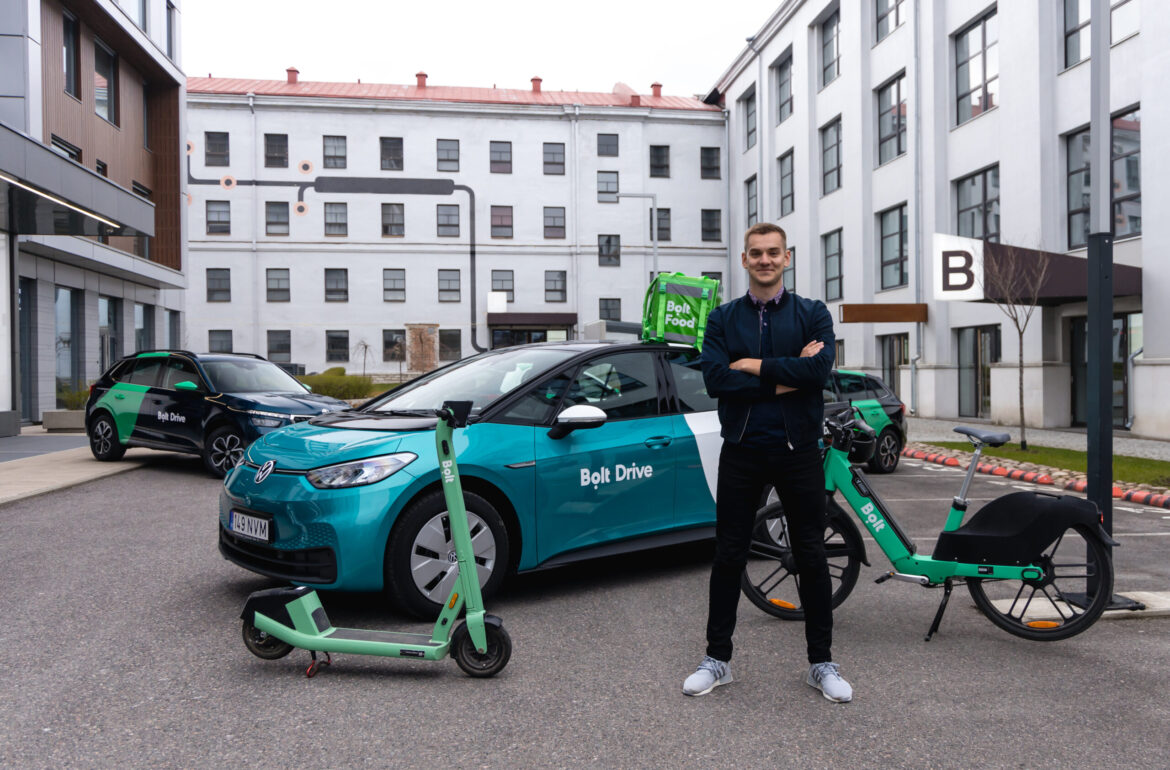 In 2018 Bolt became one of Estonia's “unicorns”, a startup company with a value of over $1 billion. Photo credit: Bolt
Share

With the most start-ups per capita in Europe, Estonia’s leaders are clearly on to something. Here’s what the University of Tartu study found.

In 30 years, Estonia grew its economy from scratch, and faster than any other post-Soviet country. Nothing illustrates this success better than Estonia’s vibrant startup scene. According to the The State of European Tech 2021 report by Atomico, Estonia has the most startups, unicorns and investments per capita in Europe.

During the COVID-19 pandemic, Estonia was even among the fastest growing economies in the European Union. How? To solve this particular riddle, a Tartu University study lets us take a peek inside the minds of Estonia’s leaders.

Since 2005, Estonian scientists have been regularly analysing the trends in local business leadership. Their latest report, led by the heralded economist and psychologist Professor Maaja Vadi and funded by the governmental organisation Enterprise Estonia, was published this week. The study is conducted every five years.

Having a clear plan

According to Vadi, detailed planning and organisation clearly translates into a firm’s performance. Hence, the study looked at how much Estonian companies have invested a great deal of time in thoroughly detailing their goals; nearly all Estonian companies have strategic plans, though the most successful of these have plans in place for the next three years at a minimum. They know exactly what they do and why they do it.

It may be obvious for big corporations but according to Vadi, even small family businesses in rural areas have become more forward-thinking. More precisely, 60 percent of smaller companies and 80 percent of larger companies deemed planning as something extremely important – a foundational building block for the company.

This trend has grown over the past years. “Companies don’t leave anything to chance anymore,” Tartu University’s associate professor Krista Jaakson, a project manager for the study, pointed out. “This allows them to allocate resources more efficiently.”

Apart from having a clear vision, keeping employees happy topped the list of priorities for managers.

In questionnaires and focus group interviews that involved nearly 500 leaders and managers all over the country, the respondents said finding and keeping workers were their absolute priorities.

At the same time, evaluating and controlling them were the least of their concerns, a trend descriptive of both small and large companies. “The new generation of Estonian entrepreneurs think differently,” Jaakson said. This goes especially for those based in the capital Tallinn and surrounding areas. “They take care of their employees as well as themselves more than ever before.”

How do Estonians find and motivate their employees?

It’s not enough to create cosy offices with pingpong tables to attract workers anymore. Management is focusing on creating communities with a uniquely strong team spirit and the sense of belonging, as well as supporting mental health and ensuring employees have an enjoyable work-life balance.

Enn Pant, the Chairman of the Board in shipping company Tallink, pointed out during an interview for Edasi that employees need to be listened to and need to feel included. It is up to the head of the company to make sure all employees, but especially those who work in leading positions, share the same value space. “You can’t lead a company with an Excel table,” Pant joked.

The head office of automatic pick-up lockers manufacturer Cleveron is based in the middle of Estonia, far from Estonia’s biggest IT hubs where finding and keeping talent is a challenge. The company created their own academy where studies and lodgings are covered to develop their future labor force.

Digital transformation company Nortal organises paid summer and winter studies. Most participants end up being hired by the company.

Vadi believes that the perception of value space is changing in Estonia. In her view, it may be due to pressure from the limited workforce. “As one of the interviewees told us, he constantly has to pamper his employees, ask them how they are doing and take care of them,” Jaakson said.

Fifteen years ago when the first study of its kind was performed, being flexible and finding workers were at the bottom of the entrepreneurs’ worry lists. Now it has jumped to first.

The study that took place during the pandemic between August 2021 and February 2022 also outlined how adapting quickly to the restrictions benefitted the companies’ leadership. It was easy for most of them to arrange flexible work, even those managing more physical tasks.

In the midst of all of this, the Tartu University scientists were surprised by the fact that Estonian leaders lacked ambition. “They don’t always think globally enough,” Vadi said. “For a small country with a limited market, thinking bigger is essential for growth.”

Scientists have observed that a global mindset and lofty ambitions bring more success in the long term, especially when it comes to small businesses.

Vadi believes this is something that the government could tackle. “It may sound nice to have cute family initiatives, but who will pay the pensions and cover all the other social benefits in the future? We need innovation and growth.” Where else should this come from if not from local businesses?

Another surprise for them was to see how the companies with foreign ownership have tightened their grip over the Estonian management. Compared to the average of 2006 and 2009, local managers now have 12 percent less say over the matters of the company. Authority over advertising and market research have fallen the most, by around a quarter.

The study didn’t cover why the foreign owners are increasingly taking control.

Being part of a larger community

At the same time, environment and sustainability are increasingly important for Estonian companies. The entrepreneurs see a larger role in a community than simply paying salaries and generating profit for the owners. The employees are also encouraged to participate.

Interestingly, the study showed that Estonian business leaders have grown tired of various management fashion trends and techniques like benchmarking, customer relationship management or organisational learning. The managers, Jaakson said, have realised that many of them are not grounded in reality, or at least not in the Estonian reality.

“It seems that our managers have become more self-confident and think things through more carefully,“ Jaakson said.

If anything, this study shows that Estonian leaders have started to walk their own paths, with clear plans to guide them. As they once looked to the West for inspiration, they are starting to become the ones to be followed instead. Or as one of the interviewees put it, “the more experienced I become the more I just try to be myself as a leader.”