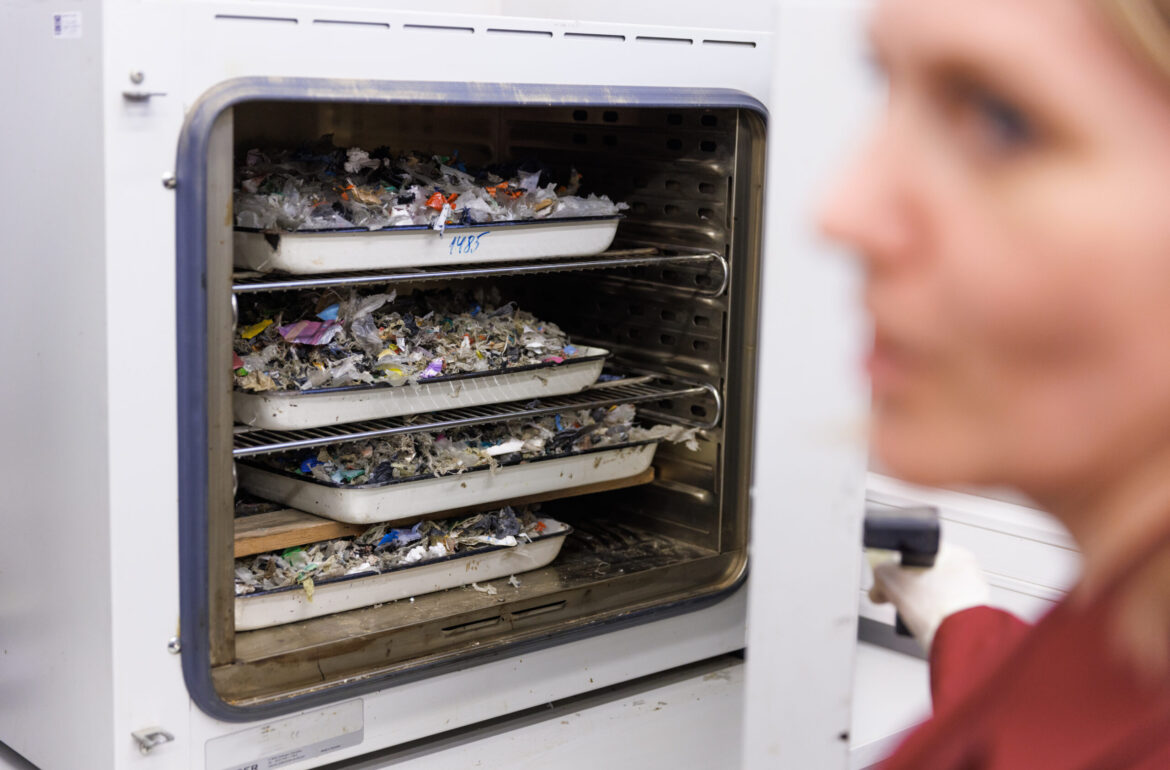 All this waste could have a second chance on our planet with the help of Estonian scientists. Photo credit: Eesti Energia
Share

Everything made of plastic, from car tyres to wind turbines, could be recycled using old technology in Estonia.

Most of Europe’s plastic ends up being dumped into the ground or burnt in toxic fumes, resulting in some plastic leaking into the water and microfibers remaining in the air.

Despite ever-expanding knowledge about the harmfulness of plastics, the problem persists. Within the past twenty years, the world’s plastic production has doubled according to the OECD 2022 overview and with little hope for this to change for the better in coming years.

In the small Estonian city of Kohtla-Järve, a team of researchers are working on a solution in their lab.

Predominantly a Russian-speaking city with rows of Soviet-built block-of-flats, quiet Kohtla-Järve doesn’t stand out at first glance, but in actuality plays an important role in Europe. It lies in the centre of the largest oil shale exploitation in the European Union.

Kohtla-Järve and its surrounding region Ida-Virumaa in Northeastern Estonia is largely built on the back of the oil shale industry dating back to 1920s.

Estonia is reducing its dependence on oil shale, according to the government’s action plan. Ultimately, the oil shale production will cease and preparations are already underway; so what will happen to workers and large-scale technology?

Instead of rocks, the industry could revolve around plastics, Allan Niidu, an assistant professor at Tallinn University of Technology posits. He is part of the team in Kohtla-Järve’s laboratory, mixing plastic waste together with oil shale and placing it in a retort, an airtight vessel. Massive retorts have been used in old industry to extract shale oil, but scientists want to use them to recycle waste.

At about 480 degrees celsius and after some 20 minutes, the substances become oil. This oil could then be reused for new products.

For now, they use oil shale in equal parts with plastics, as this helps plastics melt and move around better in the retort. Without a solid substance, the plastics would adhere against the retort. According to Niidu, they would like to replace the shale oil with sand and ash in the future, to give up fossil fuels altogether.

Estonia generally doesn’t indulge in the abundance of natural resources to begin with, but when it comes to oil shale, this tiny country undoubtedly stands out not only in Europe, but around the world, with the scale of its usage.

Oil shale plays a significant role in Estonia. 90% of Estonia’s electricity is produced from burning this rock, the whole industry provides jobs to over 6000 people. Having Russia for a neighbour, oil shale offers relative energy-independence, a bit of guarantee for freedom.

But the carbon-intensive resource threatens the environment as well as peoples’ health. Oil shale makes Estonia one of the biggest polluters per capita in the European Union. It has no place in the EU’s carbon-neutral future that Estonia has also committed to.

“We have had the idea to mix plastics with oil shale for many years,” explained Olga Pihl, head of the laboratory at the Tallinn University of Technology Virumaa College. “There just hasn’t been enough urgency to find the solution to the problems of overflooding of plastics and the closing of mining.”

The scientists have created the prototype retort where they melt the substances and perform their tests. They also have a contract with Estonia’s energy company Eesti Energia, who are interested in utilising the innovation.

“Our technology can recycle different types of plastics simultaneously,“ said Priit Luts, press officer at Eesti Energia. “Old tyres, everyday waste, even the decommissioned blades of wind turbines can be pyrolysed and converted again into materials for the chemical industry.” It is a much better alternative than burying or burning them, Luts believes.

“At first, we would turn plastics into fuel. It could then be turned into new products with the help of the European Chemical Industry,” Luts said. “There is a lot of interest in our products since much of it is obtained in a sustainable way.”

Europe is covered in plastics

The plastics that Europeans use are not exported and removed from sight. All those rubber ducks and window panes don’t magically disappear. As much as 42 per cent is burnt to produce energy, according to 2018 data. About a third is recycled and another third is dumped in a landfill. A big part of “recycled” plastics are sent to Turkey.

Turkey is starting to take a stand against European plastics though. In any case, exporting waste is not a sustainable solution for greener Europe. Why not use the technology we already have anyway, is Niidu’s thinking.

“Ideally, of course, we should be making biodegradable plastics in the first place, so that they would become part of nature without us having to process them,” Niidu said.

Until this happens, the dying oil shale industry could be the birthplace of innovation. And maybe one day Ida-Virumaa will be the epicentre again, but this time as the capital of Europe’s plastic waste.

This and many more ideas from the Estonian scientists will be introduced in this year’s EuroScience Open Forum from July 13-16. The University of Tartu scientists will showcase their solution for sustainable production of fuels and chemicals from waste feedstocks. The Estonian University of Life Sciences will describe how they are solving the food waste problem by tapping into surprising resources. Sustainable cosmetics from Tallinn University, as well as upcycling in fashion design from the Estonian Academy of Arts, will be presented. Visitors can have a cup from a hydrogen coffee machine.