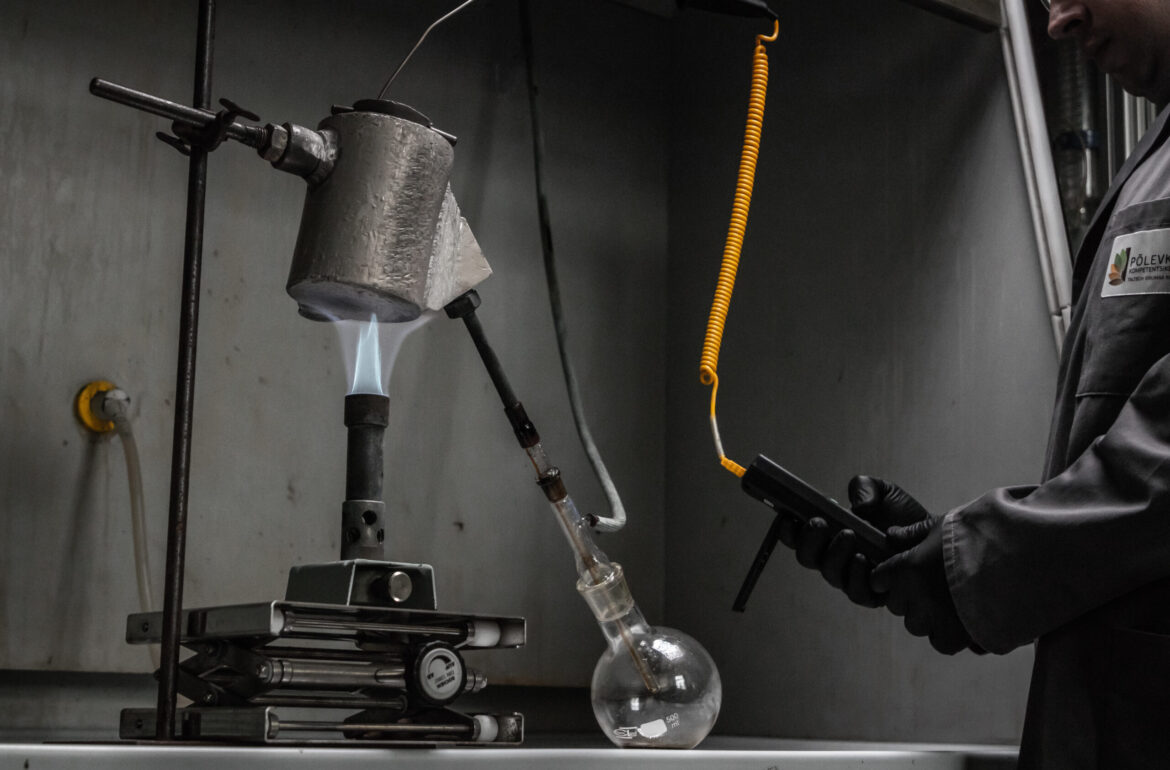 The work focuses on finding ways to recycle large quantities of polymer waste around the world. In particular, the research examined the theoretical and practical bases of the inaccessible heating of Estonian oil shale and polymer wastes, i.e. co-pyrolysis, using modern research methods for analysis. Used plastics and car tires were selected as the object of the study. The novelty of the doctoral thesis is that the effect on the process of co-pyrolysis was studied by adding various most common polymer wastes to Estonian oil shale both as individual components and as a mixture.

It turns out that the addition of polymer waste significantly improves the quality of liquid products, the sulfur content decreases, and sulfur is distributed among the products of pyrolysis differently than in the pyrolysis of oil shale. Also, the yield of oil fractions increases at boiling temperatures up to 150°C, and the addition of polymer waste changes the group composition of both fractions. With pyrolysis, pyrolysis oil can be used to produce new products, but this process also helps to achieve Estonia’s goals of zero carbon emissions by 2050 in the light of the European Union agreement on a “green” environment.

Professor Margus Lopp, chairman of the defence committee of the doctoral thesis, noted that the topic of the work is very relevant and hugely important not only for Ida-Viru County but also for the whole world. ” Three important problem areas were linked in the work – waste, plastics and oil shale-and promising solutions were found that can also be implemented as a result of this work,” noted Lopp. The defense went successfully, and the members of the commission and opponents were very satisfied with the research.

“For Virumaa college, defending Olga Pihl’s doctoral thesis is a great honour, and it was only the first swallow. There will definitely be more doctoral students to the College in the coming years, whose doctoral thesis topics are related to future topics important for Ida-Virumaa and the Estonian industry,“ said Mare Roosileht, director of Virumaa College.

The opponents of the research were Professor Eric Suuberg from Brown University in the USA and Indrek Aarna, PhD, head of the department of development of Viru Keemia Group.

The supervisors of the doctoral thesis were Allan Niidu, the first tenured assistant professor at Virumaa College, and Andres Siirde, professor emeritus at Tallinn University of Technology and director of the Institute of Energy Technology.

Co-pyrolysis studies received the recognition of the best development work of the Tallinn University of Technology in 2021. The work of the research team of the laboratory of Fuels Technology of the Oil Shale Competence Centre of Virumaa College of TalTech “Co-processing of oil shale and other organic materials and study of the properties of the resulting products”, led by Olga Pihl, will represent the university together with the Estonian Research Council at the EuroScience Open Forum, the largest European research forum to be held in the Netherlands on July 13-16 2022.

The article was originally published by Tallinn University of Technology.