Free energy is here: this hydrogen-powered coffee machine proves it 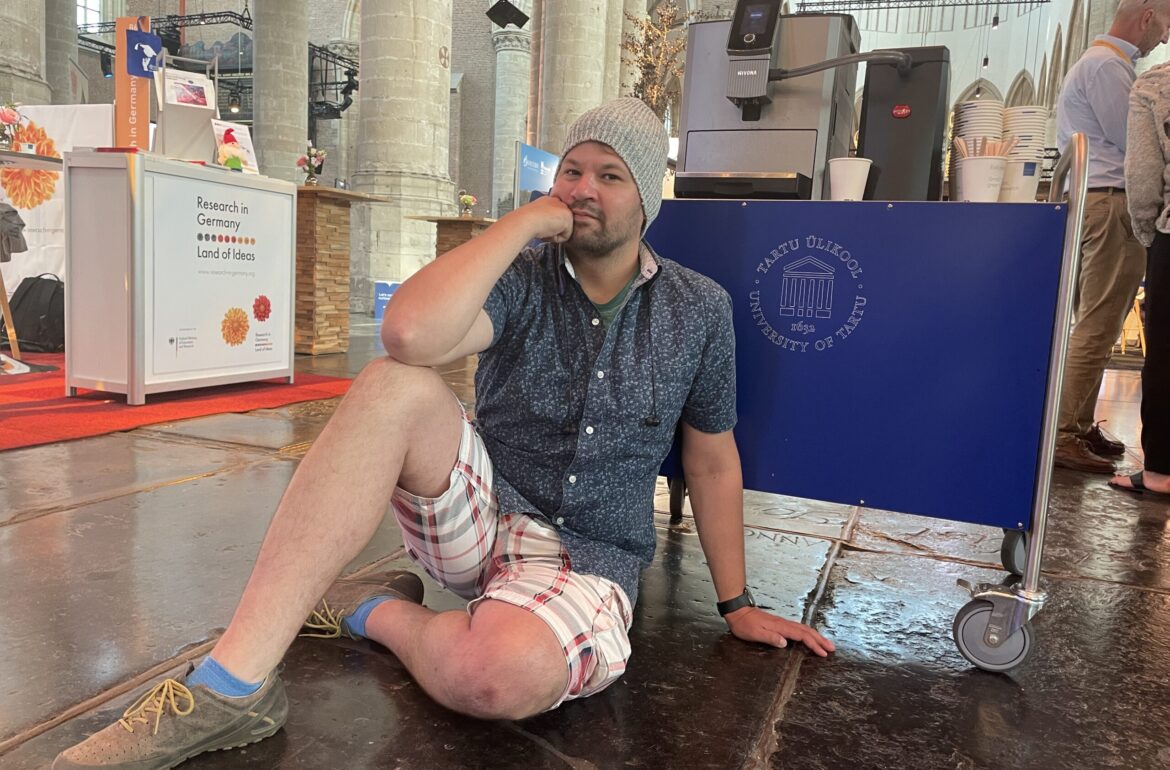 Hydrogen is changing the way we store our energy, which means every household could take care of their own power needs and without polluting.

During Estonia’s most prominent startup event sTARTUp Day, three friends – University of Tartu researchers Rait Kanarbik and Peeter Valk, and engineer Kuldar Lepiste – decided to prove a point. They had worked on a hydrogen-fuelled car before and wanted to show how easy it was to apply similar technology on any home device. It took them only two days to create the hydrogen-powered coffee machine that occasionally lets out a small cloud of distilled water and a puff sound, humidifying and warming up the room at the same time. It only takes about two minutes to fill the hydrogen canister that can make 300 cups of coffee that will last you for many months.

This project was about showing how easy and doable the green future – or actually, present! – is, Kanarbik explained.

Hydrogen is the lightest element, in the form of gas. Colorless, odorless and tasteless, hydrogen is much safer than the old-fashioned gas cylinders people use to keep in the corners of their homes and summer houses. Hydrogen is nontoxic thanks to its low density. It doesn’t accumulate in the surrounding environment, Kanarbik said.

If there were hydrogen refueling stations, we could be driving hydrogen cars already. Instead, we speak about the green economy like it was a faraway dream. In fact, in theory, you could even fly a plane on hydrogen. Refuelling with hydrogen takes only a few minutes.

The main obstacle to the hydrogen future for now is the lack of infrastructure. Even if you did have a hydrogen-powered car, you wouldn’t be able to drive long distances with it because of the lack of stations.

The biggest obstacle for Estonia in Kanarbik’s view is the bureaucracy and the officials’ fears and concerns around the new technology. Hydrogen is too often seen as a regular fuel, he explained. In fact, it is not a source of energy on its own, but it is simply a means to store energy. “Think of it like a battery,” he said.

Once the officials truly jump on board, hydrogen could change the way we see and use energy. Imagine the world where every household produces their own energy from the sun and the wind, they then store it in the form of hydrogen in cylinders and line them up for winter just like jars of jam in the cellar.

Energy would be free. We could live anywhere, on an empty island or in the middle of the forest, without worrying about the electricity grids.

Wouldn’t it be wonderful?

If the knowledge is there and hydrogen could be connected to anything with ease, just like University of Tartu scientists proved, then why are we still taking baby steps?

“Hydrogen technology is available with no doubt, but the question is about the money,” said Raimond Tamm, Vice Mayor of Tartu, during a government-organized panel discussion last year. Tartu is Estonia’s leading city in the circular green economy. Building the whole new infrastructure for tanking requires a lot of investments, according to Tamm. Hence, just like many European cities, Tartu starts with the public sector. The city will bring hydrogen buses to the streets by 2023. This, Tamm hopes, will encourage people to test hydrogen themselves. The stations could be available to anyone in the future.

The more cities are taking these steps, the more changes hydrogen cars will hit the market. Slovakia’s capital Bratislava will bring the first hydrogen-based buses to the streets next year. Barcelona already did this spring. Zero-emission hydrogen bus fleet is coming to the Liverpool City Region later this year. Last summer, a hydrogen electrolysis plant, one of the world’s first green hydrogen plants, was opened near Cologne in Germany.

The biggest low-carbon hydrogen producer in the world is the Netherlands. In fact, the Netherlands, Denmark and Estonia lead Europe’s energy transition.

The European Union has big plans. EU member states and companies work together to construct a hydrogen supply and demand hub, investing around five billion euros for projects. The Commission expects to attract nearly nine billion euros in private investments. Whilst the officials are still taking their time to think it over in Estonia, Kanarbik and his friends also built a hydrogen-fuelled pancake machine. Just for the sake of it!