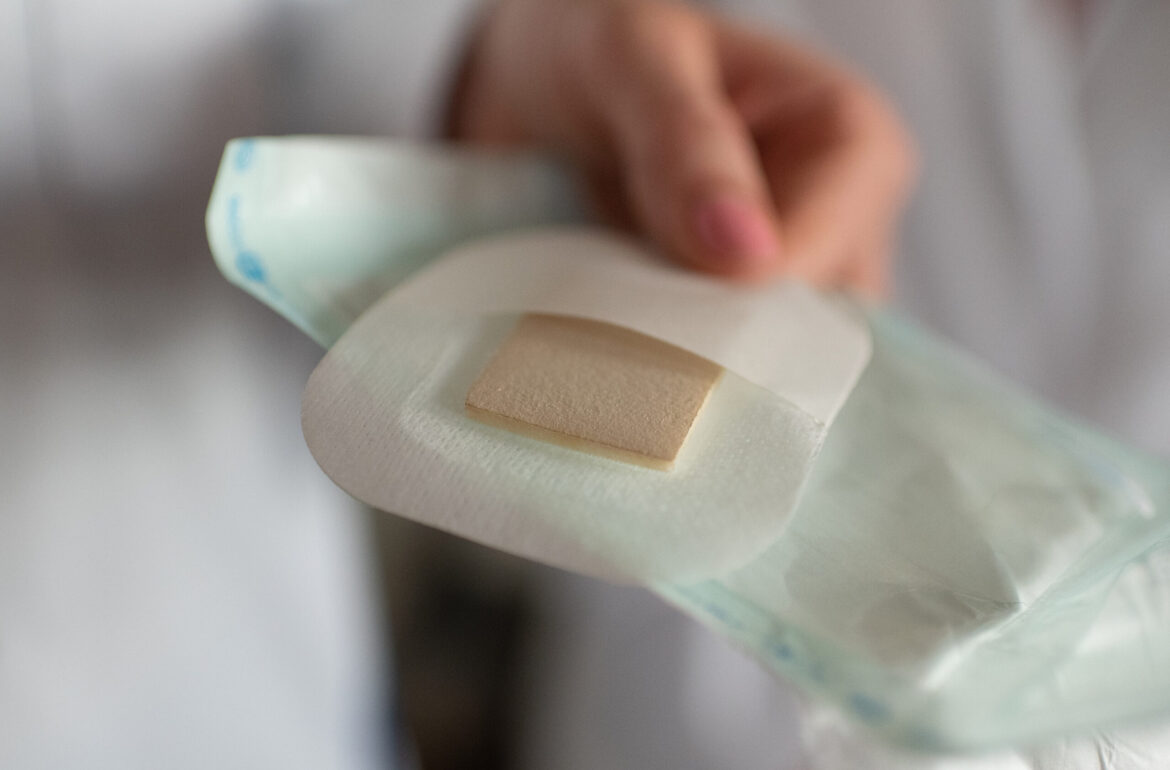 Scientists in a Tallinn lab discovered a solution that treats infections eight times better than the ones used in hospitals.

Like so many other innovations, this discovery was an accident. Researchers at ​​the National Institute of Chemical Physics and Biophysics in Estonia placed two bandages next to each other on a Petri dish with growing bacteria.

The first bandage was infused with silver and the second with another type of nanoparticle. They wanted to see which kills more bacteria, and determine which was more powerful Instead, it turned out that the two combined was the most effective.

“We didn’t expect it,” said Olesja Bondarenko, research group leader, who has studied the antibacterial properties of nanomaterials for over ten years.

Nearly a decade ago, Bondarenko and her mentors Anne Kahru and Angela Ivask proved that metal-based nanoparticles are not as toxic as previously thought. Many European Union lawmakers used their research to change the rules in nanoscience, the study of structures and materials on an ultra-small scale.

The ultra-small scale comes into play when speaking of infections and bacteria. It’s a field that has made doctors and scientists become increasingly more concerned.

It is characteristic of bacteria to learn and evolve in a way that makes antibiotics obsolete. Presumably, in twenty years, infectious diseases will kill more people than cancer, though this isn’t just a problem for the future. Today, 25,000 people die annually in the European Union due to infections caused by resistant bacteria. By 2050, that number is expected to grow up to 390,000 deaths.

Therefore, new solutions to fight bacteria are desperately being sought around the world. The problem is particularly acute in hospitals since bacterial infections are common during surgeries. The older we get, the more difficult it is for our bodies to fight harmful bacteria.

Scientists at The University of Manchester are studying the antimicrobial properties of honey. Researchers at the National University of Singapore have developed the world’s first smart bandage with a wearable sensor. An Israeli company is using copper dust in their new bandages.

Most antibacterial wound dressings sold in pharmacies and used in hospitals are usually made of silver, a chemical element that is quite good at killing bacteria.

“Copper is good at killing viruses, but doesn’t affect the bacteria and vice versa,” explained Anna-Liisa Kubo, managing director of Nanordica Medical. “Our combined nanoparticles have a lot of potential to cure bacterial infections.”

Grigory Vasiliev, a medical doctor and a specialist in infectious diseases joined their team, and the ball got rolling.

They patented their solution and won 150,000 euros from the largest pitching competition in Baltics, the sTARTUp Day 2022 Pitching this August.

Nanotechnology allows them to use small amounts of sparkly dust. They create more advanced and effective textile structures by spinning. Besides killing the bacteria, it can also pull the bacteria towards the bandage, clearing it up, and this helps the wound heal even faster.

Since their wound dressings are extremely thin, Nanordica Medical’s bandages could be 20 per cent cheaper compared to their competitors.

The researchers are now working with the largest Estonian hospital North Estonia Medical Centre performing clinical tests. “They are enthusiastic young people who have done a lot of research in the field,” Tiiu Kaha, the head of the hospital’s orthopedics and burn unit told Research in Estonia. “Bacteria resistance is a growing concern everywhere. We cannot fight the wound bacteria only with antibiotics. We need to use bandages and antiseptics to keep the infection under control. We need more solutions like that!”

In Kaha’s view, it’s difficult to test antibacterial wound dressings, since there are many variables. How well the infections are stopped doesn’t just depend on the bandage, but also on the health conditions of the patient, as well as their age. The younger the patient, the faster the healing process.

For now, Nanordica Medical plans to direct its product toward people with diabetes, whose wounds heal slower. Minor cuts and burns can pose serious health risks as an infection can develop. The infection can spread to tissue and bone, and can even be life-threatening.

Even if Nanordica’s solution doesn’t solve everything, it will provide a piece to solving the superbug’s puzzle. Hopefully, it will inspire more researchers to come out of their labs and put their theories into practice.