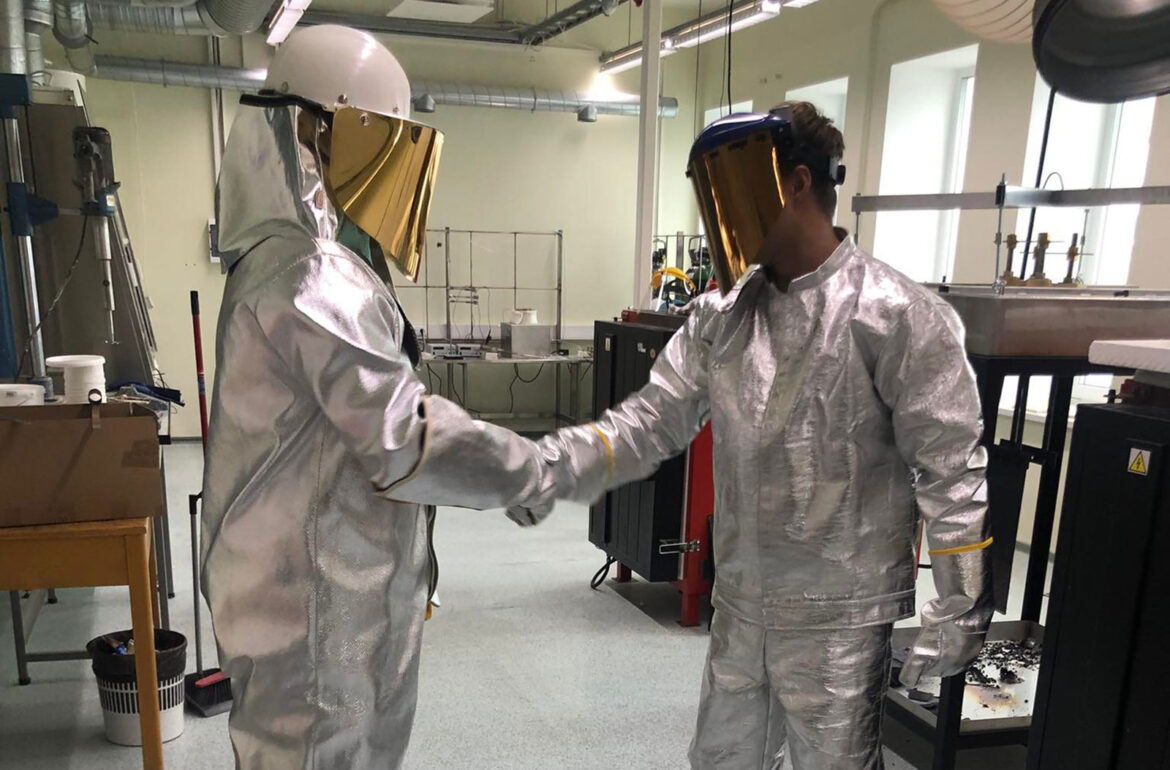 Estonia’s scientists have come up with an environmentally friendly solution for batteries and started looking for investments to build a factory.

The story began back in 2017 when University of Tartu scientists Ivar Kruusenberg, Sander Ratso and Kätlin Kaare started their research on carbon materials that could be used in hydrogen fuel cells. The scientists became inventors, then entrepreneurs – and now they are conquering Europe, the world – and have plans to move on towards Mars.

What started as a pain for researchers grew into a passion for finding a solution for environmentally harmful production methods. The young scientists wished to shake the raw materials industry that uses fossil fuels and offer a sustainable alternative.

They found a way to create a carbon material that can be used as a catalyst. This is where the company’s name UP Catalyst comes from – it was founded in 2019.

The founders soon understood that if they wish to continue with research and development, they also need a team member with a strong background in business as well as in science. This is where CEO Gary Urb stepped on board. Added team members also include CTO Einar Karu, Head of Marketing Teele Niidas and Head of Sales Karl-Gustav Tamberg. Quick developments followed. UP Catalyst has taken part in several European and Estonian well-known programs and accelerators, such as Prototon, Beamline Beta, EIT Jumpstarter, ISC3, Nordic Cleantech Open, etc. The first round of funding quickly followed.

The carbon materials synthesized from CO2 can be used in a wide variety of applications – such as in construction and manufacturing, and health, and space applications. Now, the main goal of the company is to provide raw materials to build new and more environmentally friendly batteries for electric vehicles.

Today, batteries are created using materials that are mined – which in turn means that the process of obtaining them consumes a lot of energy. It is true that some of the materials can also be created chemically, and synthesized from petroleum products, but this has an even bigger environmental footprint than mining.

According to the Head of Sales of UP Catalyst, Karl-Gustav Tamberg, the company is able to create tons of carbon nanomaterials from CO2, consuming 60 times less energy than unsustainable alternatives. „We are not cutting down forests, we are preserving the environment and people, and we are able to create a CO2-based industry,“ Tamberg says. The by-product of the process is pure oxygen, which is crucial for human missions to Mars, for example.

Therefore, Sander Ratso is now studying oxygen production from the process in the European Space Agency in the Netherlands, where he is a visiting researcher. This line of work has gained momentum in the Estonian space accelerator. However, this is not the main focus of the company, nor can this be considered a plan that will quickly realize. For example, the need to produce oxygen will probably become important in about 20 years. Meanwhile, UP Catalyst is focusing on creating more environmentally friendly batteries for cars.

Cooperating with the global top

UP Catalyst is cooperating with global top companies in the field, such as UniverCell from Germany and Godi Energy from India. In addition, there are ongoing talks about possible cooperation with innovative battery manufacturers NorthVolt and Britishvolt.

In Europe, there has been a huge interest in UP Catalyst as this could be an important part of the local value chain, allowing carbon-based raw materials to be acquired nearby. Now, almost all of the battery materials are imported to Europe, mostly from China.

The green battery nanomaterials created by UP Catalyst are not yet in use in batteries for EVs – as the producers need large quantities for testing – and the current production line has its limits.

This is why UP Catalyst is currently in pursuit of new investors, in order to build a new reactor and a new factory. The pilot factory will be built in Estonia and could be completed as early as next year.

The plans, however, are bigger: three factories across Europe. Each factory is able to create hundreds of new jobs, employing chemists and material scientists. This, in turn, means that, hopefully, universities will be able to teach more students who can come up with innovative ideas like the environmentally friendly battery.

UP Catalyst needs 7 million in total to reach its next milestone. From there, 80 million for the construction of one factory and 240 million for 3 factories in total.

Written by: Marta Tuul. The original article by Invest in Estonia.