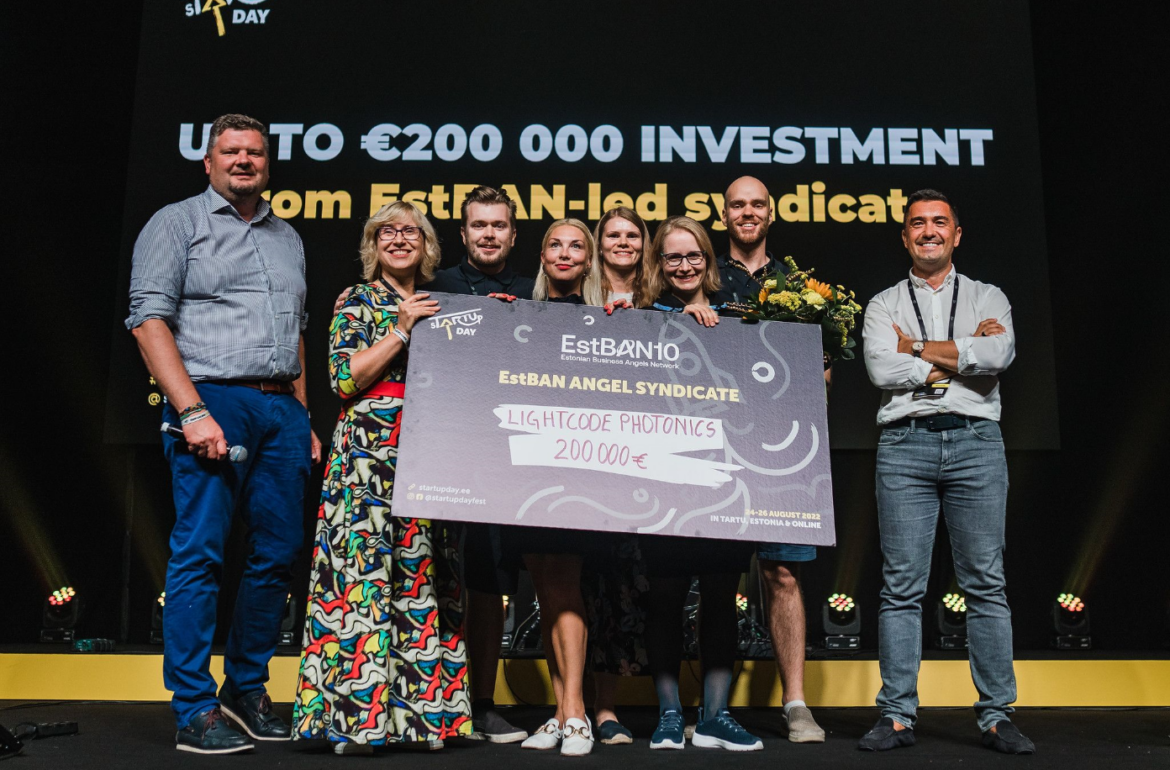 To help robots make fewer mistakes, Tartu engineers discovered a new way of creating 3D cameras that are small enough to fit in a pocket.

With this Lightcode Photonics’ camera, a robot can see the glass and what’s behind it. It can detect a thin wire on the floor. These may be simple tasks for humans, but they pose a real challenge for our mechanical friends!

Most robots don’t see with depth of field.

The lack of three-dimensional vision can lead to dangerous situations, even for robots that “only” do tedious, repetitive tasks. Imagine if they were to confuse a person on a poster with a real one, or if they couldn’t tell a mirror from a puddle of water?

Hence, for now, operators in warehouses and offices must observe the robots´ every move, but this could soon be a thing of the past. The University of Tartu physicists invented the new 3D camera inspired by quantum optics.

The innovation journey started with a few students and their supervisors, who were all curious about optics.

How do the 3D cameras work?

Lidar, a method that emits light to measure how long it takes to return, is expensive and can break down. It is often used to scan large objects and surfaces, such as mapping underwater terrain.

As Bogdanov was reassembling the lidar, he decided to improve it with the help of his supervisors Andreas Valdmann, Sergey Omelkov and Heli Valtna. Valtna was a senior researcher of physical optics at the University of Tartu; her team had just worked on an experiment with detecting robotic movements.

“There was a real need for solutions,” Valtna told Research in Estonia. “We expected robots to understand their environment, but we saw that the available technology couldn’t allow it.”

There had to be a better way to build cameras!

A typical mobile phone camera can have dozens of megapixels. One megapixel is a million pixels. If we wanted robots to see three-dimensionally, each of these pixels would have to be able to measure the distance. Millions of light rays shoot toward the objects. The current technology would mean that each of these rays of light, or pixels, would need a tiny clock to measure the time it takes for the light to travel back, hence understanding the distance. This means it would see the depth of things, allowing robots to be much more intelligent than they are today.

However, the problem is that millions of little timers could not fit on a camera chip. The Estonian team found a way to use only one clock for more than a hundred pixels.

Potentially, they could use one clock for as many as 500 pixels in the future, Valtna explained. Their team of four physicists: Valtna, Bogdanov, Valdmann, and Omelkov, patented the idea and registered LightCode Photonics in August 2020.

“It’s a completely new approach for 3D imaging,” Valtna explained. “Our principles could be applied to radar technology and thermal imaging to see temperature variations.”

Big corporations such as Sony or Intel have far more resources. How could a small team in Tartu find a solution to a global problem? “Our strength doesn’t just come from a mere idea, but from how we constantly improve and work on that idea,” Valtna explained. “Let’s say we have 12 engineers building the camera and we are in constant, direct communication with the client. We improve our solutions and subsystems based on their feedback in a very systematic and controlled manner. Our decision-making chains are extremely short.”

Their prototype filled a quarter of the room. But the team has scaled it to a miniature camera the size of a small candy box.

“The first eureka moment was when an angel investor walked into our lab and said we have the holy grail here,” said Omelkov, who completed his Ph.D. at Ural Federal University and came to Estonia to do his post-doc degree ten years ago.

This investor helped them start the company.

For now, the team’s main targets are warehouse robots that could be more automated with the Estonian solution. Lightcode’s camera will improve to become more efficient in working with direct sunlight and capture high-speed objects.

From a lab to a startup world

“The beginning was painful,” remembers Omelkov. “We were researchers in a laboratory and now had to suddenly understand how the market works and how to convince the investors.” They quickly figured it out, however, despite how challenging it was initially.

Four months later, LightCode Photonics raised 425,000 euros in the pre-seed round. By the end of 2021, they were named as one of Hello Tomorrow’s Deep Tech Pioneers! Since its foundation, the team has gone to various accelerator programs and pitching competitions. Lab researchers turned into startup stars.

This August, the company won the biggest Baltic pitching competition sTARTUp Day, with over 200,000 euros.

They weren’t the only researchers testing the water, however. The Estonian stage of the pitching competition was full of scientists this summer!

With limited budgets and project-based funding, Estonia’s science has become competitive, pushing researchers to look for other outputs for their creativity.

The importance of science has declined in the public eye, in Omelkov’s view. “All this is taking away the feeling of freedom where your mind can come up with the craziest stuff, with real innovation!” He found this excitement and stimulation in the startup world.

LightCode Photonics is the perfect example of what happens when scientists get creative and step outside their comfort zones.