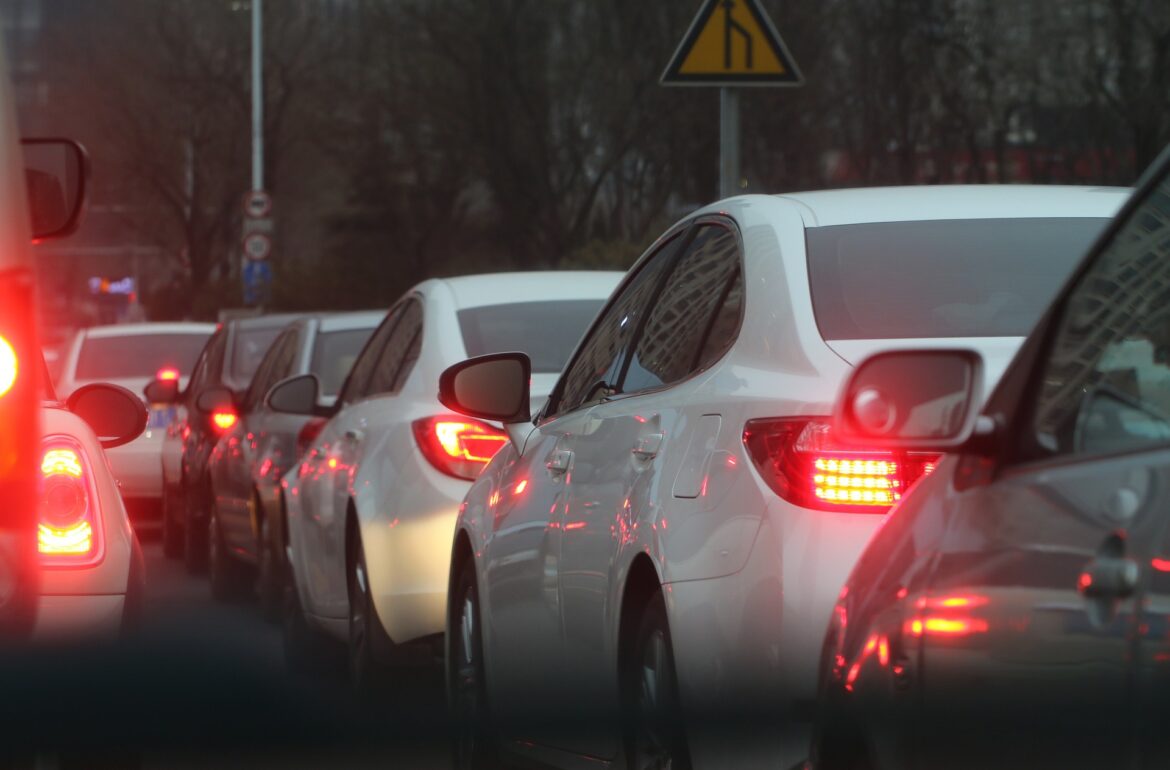 Car and train traffic are European researchers are mapping noise in bigger cities to fight it. Photo credit: Pixabay
Share

The constant noise level we are surrounded by and subjected to could be affecting our health, and more so than previously believed.

It is a simple fact that being in a quiet place is an enjoyable experience. Studies show that silence boosts feel-good oxytocin levels. It makes people feel relaxed and less stressed, but finding a still place is becoming impossible on our overcrowded, urbanized planet.

According to a new study, it’s becoming even more difficult.

It turns out that even relatively soft sounds around us could be unhealthy in the long run, and possibly to a more significant degree than the experts have presumed before.

According to the World Health Organisation, annual, day, and night average noise levels for car traffic shouldn’t exceed 53 decibels outside.

Unfortunately, there is still work to be done.

Car and train traffic is typically between 60 to 70 dB, though there is hope that electric cars and more people opting for bicycles could make our streets quieter.

For now, only house walls protect us from the loud sounds outside, though unfortunately, this doesn’t keep everything out. Between 45 to 55 dB of traffic noise reaches inside our homes – and it all has its consequences.

“Bodies react to noise even when asleep,” said Triin Veber, an Estonian Environmental Health Specialist at the University of Tartu. Especially to unfamiliar, changing sounds like a passing motorcycle or a plane flying across the sky.

“Even if you don’t wake up and don’t remember anything about it in the morning, we can see how the heart rate is increasing, and there are metabolic changes,” Veber said.

Decades of regular exposure to stressors can eventually cause various health issues like heart disease or diabetes, not to mention the mental health problems that disturbed sleep can exacerbate. A stress response during sleep has been observed starting from very low noise levels as LAmax 33 decibels – the sound of rainfall or a quiet office.

When the Estonian researchers included a higher number of health outcomes (stroke incidence, IHD deaths) in their health impact assessment and lowered the exposure threshold to 50 dB, the annual disease burden as much as doubled in their calculations. This means that the methodology we now use to estimate what noise does to our health is “rather conservative,” Veber deems.

Currently, the European Commission uses the World Health Organisation’s methodology for the health impact assessment, measuring the impact at 55 dB.

“Transportation noise, especially road traffic noise, is an important environmental risk factor that leads to considerable detriment of a healthy lifespan and results in significant health consequences in urban areas,” the authors of the study published in Environmental Research concluded.

The European Union is set to fight it. The EU countries have been mapping their noise from road, rail, air and industries since 2015, but only recently has this data been connected to the health risks with a new Directive. The governments and the city councils are now obliged to think of the consequences noise has, and hopefully take measures.

In Estonia, researchers have mapped two of the biggest cities, Tartu and Tallinn. Veber, her supervisor Hans Orru, and their colleagues assessed that the health costs in Tallinn were 126.5 million euros and in Tartu 25.9 million euros annually. The data revealed that in Tartu, as it is in all the European cities, car traffic is the main source of the noise.

The noise data, as well as health impacts on each EU country, is available on the European Environmental Agency website.

“When most people think about noise, they think of a loud concert or roadworks, but the permanent noise in our cities can also affect our health,” Eulalia Peris, environmental noise expert at the European Environment Agency, told Research in Estonia.

More than half of EU residents living in urban areas are exposed to noise considered harmful by the World Health Organisation estimates, Peris emphasizes.

Even if its impact is not necessarily visible, noise pollution is a serious issue. A 2018 report warned that 1.6 million years of life in total are lost in western Europe due to exposure to road noise, which can contribute to other threatening health conditions like a lack of focus, sleep disturbance and overall reduced quality of life.

Some people, for various reasons, are naturally more sensitive to noise – they are also in the higher-risk group.

Therefore, the World Health Organisation considers noise pollution “one of the most important environmental risks to health,” second only to air pollution. “If we had more data about noise pollution, I believe it would be as big of a risk as the air pollution,” said Veber.

Noise is the future topic in Europe. European cities have started to reduce traffic speed to tackle it. Until now, the focus has been to reduce traffic noise in areas where it’s noticeably disturbing, but the effort should expand to all urban areas where most people live, Peris believes. By 2030, the EU aims to reduce the number of people chronically disturbed by the noise by 30%.

Next time you feel irritated by the cars passing by your window, know that the problem is not just you. There is sufficient data to prove that. Hopefully, the local governments will catch up and start muffling the streets.