Back
engineering and technologymedical sciences 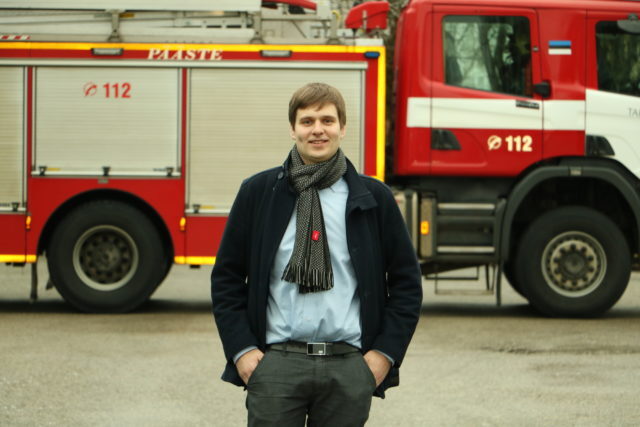 Kaur Alasoo, a young scientist who has defended his doctoral thesis at the University of Cambridge and is now working as a bioinformatics researcher at the University of Tartu, focused on the reasons for complicated genetic diseases and ways to avoid them in the future.

In just one year, 6,000 scientists have already seen Alasoo’s dissertation and 2,000 of them have decided to download it to their computers. Nature Genetics, a renowned magazine concentrating on gene studies, also recently published a scientific article based on his doctoral thesis. Thus, the 29-year-old scholar of bioinformatics has entered at the world map of genetic engineering with gusto.

Figuratively speaking, Alasoo offers us new knowledge about what causes “fires” in our bodies and how genes sometimes make us ill.

In referring to “fires”, the young scientist is talking about complex diseases, such as diabetes, depression, arthritis, or heart attacks. Just like fires, these diseases seldom have a single clear and sure reason for developing.

“Thanks to major genetic studies, we can evaluate the genetic risks of many diseases. But risk analysis is of little use when we don’t know what causes the risk and how to manage it”, Alasoo said.

This means that we often know that there is a link between a certain genetic variation and an illness without knowing the reason why the link is there.

That’s why geneticists might see a greater risk for Alzheimer disease or multiple sclerosis, for example, all while not being able to identify the cause of the risk or what the person should do to prevent the disease and dodge the manifestations of the risky elements. This is the problem that Alasoo’s scientific work set out to solve.

Kaur Alasoo and his English colleagues at the Sanger Institute were the first to show that some genetic switches influencing hereditary materials are switched on before their impact to genes is even visible. The “position of the switch” affects the switching on of the gene, reacting to major changes occurring in the environment.

Alasoo came to such conclusions at the Sanger Institute, located in Cambridge, England, which is one of the most influential biology centres in Europe.

He performed lab experiments for hours there and grew re-programmed stem cells from other cells. These are similar to the cells found in embryos in their early stages of development. This enabled him to get all other stem types, from neurons to heart muscles, ticking away in a Petri dish – and then turned them into macrophages.

Macrophages – round in the centre, long at the sides, just like a gyroscope – are immunity cells that kill bacteria in our bodies using tentacles. They catch “garbage”, just like vacuum cleaners. That’s why they’re informally called “big devourer cells” in Estonian.

To turn stem cells into macrophages, they had to be cultivated and nurtured in exactly the right conditions for six weeks. After this process, the doctoral student was free to conduct experiments as he desired.

“In one of such experiments, we were observing macrophages eating Salmonella. You have an immune cell on a dish that has devoured a bacterium. The cell wants to kill the bacterium inside itself while the bacterium is doing its best to escape this environment alive”.

One similar battle that Alasoo saw under his microscope is depicted graphically in the following video:

You can find a more detailed review in the Nature Genetics Magazine.