Back
agricultural sciencesengineering and technology 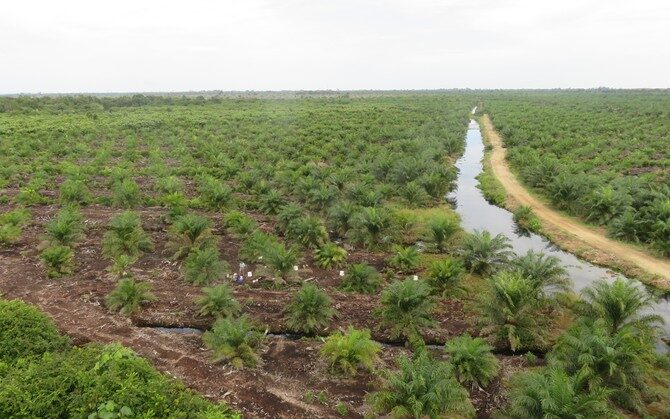 A global study lead by geographers at the University of Tartu has revealed that drained nitrogen-rich peatlands produce laughing gas, which degrades the ozone layer and warms the climate. To avoid this, swamp forests, fens and bogs need to be conserved.

Laughing gas (chemical formula N2O) lifts the mood and alleviates pain. An increase in the laughing-gas content of the atmosphere, however, is not a laughing matter. N2O is the main driver of stratospheric ozone depletion and one of the most significant greenhouse gases causing climate change. While the other main greenhouse gases – carbon dioxide and methane – have been thoroughly studied, laughing gas is the product of many complex processes of the nitrogen cycle and reasons behind an increase in its amount are largely unknown. Scientists at the University of Tartu studied the processes related to laughing gas production and published their results in the reputable scientific journals Nature Communications and Scientific Reports.

N2O is mainly produced as a by-product of two processes:

1) denitrification, i.e. anoxic reduction of nitrate (formula NO3–) into laughing gas and its movement into an oxygen-rich environment so that the process is not completed (safe atmospheric nitrogen N2 is not formed);

2) nitrification, i.e. oxidation of ammonium (NH4+) into nitrate, a by‑product of which is laughing gas. An increase in the atmospheric concentration of laughing gas has mainly been associated with agriculture (e.g. nitrate fertilisers), but significant laughing gas emissions have been noted also in natural areas. For decades, under the leadership of professor Ülo Mander and with the participation of some of the world’s top scientists, the researchers and students of the department of geography at the University of Tartu have studied the nitrogen cycle and the formation of greenhouse gases in various landscapes.

The purpose of this research was to explain which environmental conditions (soil chemistry, soil moisture, soil temperature, weather, land use, vegetation, etc.) determine the emission of laughing gas from peatland and other types of organic soil into air. To accomplish this, between the years 2011 and 2017, the research team measured fluxes of greenhouse gases in the the world’s boreal, temperate, subtropical and rainy tropical climates, and their corresponding environmental conditions. The studied sites ranged from natural open fens and bogs, and swamp and bog forests to deep-drained grasslands and arable land. This resulted in the creation of the first database of laughing gas measurements from the world’s organic soils.

To explain the mechanisms behind N2O production, we analysed the DNA of microbial communities in French Guiana’s natural and drained fens dominated by Eleocharis sp., which is the first study at this level of detail in the world.

The analysis of N2O fluxes in the world’s organic soils demonstrated that laughing gas emission is mainly associated with soil nitrate content, which is also one of the main active substances in mineral fertilisers. Nitrogen forms contained in manure are often also converted into nitrate. The studied organic soils were unfertilised but, due to earlier grazing and floodwaters, many of the areas under study had become nitrogen-rich. The connection with laughing gas can be explained by nitrification as well as by interrupted denitrification.

The measurements revealed that laughing gas emission is also connected to soil moisture. Laughing gas was primarily formed in intermediately (50%) moist soil; wet and dry soil largely lacked a flux of laughing gas. This indicates the completion of the denitrification process in the anoxic soil of natural peatlands. Natural peatlands are generally wet and no significant laughing gas is produced. The moisture of peat can be decreased significantly and, thus, drought or drainage can create the conditions necessary for the production of laughing gas.

In the aforementioned soil nitrogen processes, an important role is played by soil moisture, which in turn determines the soil’s oxygen content. Sufficient soil moisture can create a sufficiently oxygen-rich environment for nitrification and for the interruption of denitrification.

Following nitrate and moisture content of soil, the third most important cause of laughing gas emission is soil temperature. Generally, it might be said that warmer soil creates more laughing gas. This is the reason why tropical peatlands have an especially high N2O potential. Cultivation was the fourth factor that stood out, i.e. the peatlands with soil overturned and vegetation removed emitted significantly more laughing gas than grasslands or forests.

The microbiological analysis of French Guiana’s bogs confirmed the previously established global difference in the N2O fluxes of natural (wet) and drained bogs. Namely, it was found that drainage decreased the number of denitrifying and nitrogen‑fixing microbes and increased the abundance and biodiversity of ammonium‑oxidising microbes (specifically archaea). It was discovered that the production of laughing gas and N2 in natural and drained peatlands is essentially mediated by a different group of denitrifying microbes; however, in the natural bog, the nitrate-reducing microbes were more abundant and diverse.

In conclusion, it might be said that this study is the first work globally explaining the reasons behind the production of laughing gas measured in organic soils using a standardised methodology. The analysis of French Guiana’s fens also demonstrated that the emission of laughing gas from a drained peatland is significantly higher than from natural fens under similar plant communities.

From these results, we conclude that to avoid an increase in the atmosphere’s laughing gas content:

This research was funded by: the Estonian Research Council (grants IUT2-16, IUT2-17 and PUTJD-618), the European Regional Development Fund (the centres of excellence ENVIRON and EcolChange and the Doctoral School of Earth Sciences and Ecology). This research is a part of the global project studying the greenhouse gases of organic soils, which will be continued within the Estonian Centre of Excellence in Research “Ecology of global change: natural and managed ecosystems” (EcolChange, Head of the Centre: Ülo Niinemets, a professor at the Estonian University of Life Sciences) and during which the researchers will try to study the nitrogen cycle in the rest of the organic soils in the global project with the same attention to detail as was given to the organic soils in French Guiana. We also plan to use the soil samples currently being stored in a freezer to distinguish, in a laboratory, the soil-moisture-dependant formation mechanisms of laughing gas with the help of stable 15NH4+ and 15NO3– isotopes. 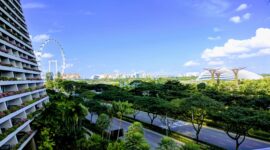