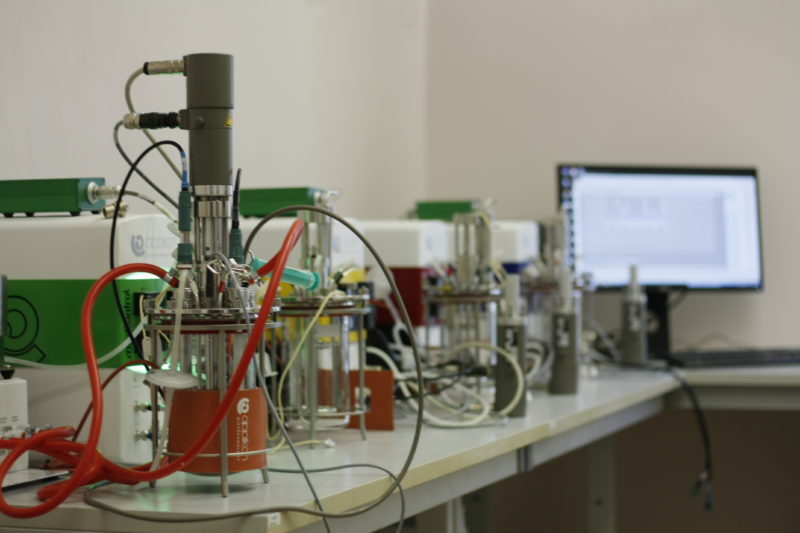 A few years ago University of Tartu hired a young scientist by the name of Petri-Jaan Lahtvee as a senior research fellow in synthetic biology to be one of the leads in establishing a multidisciplinary Centre of Synthetic Biology. The centre now combines the experience of the four core facilities of synthetic biology, proteomics, cell culture and microscopy, yielding an excellent platform for the development of synthetic designer cells for use in industrial applications and spin-off companies moving forward into the product development phases.

Lahtvee mentioned that these are the first applied synthetic biology research project in the Institute of Technology, University of Tartu. He added that the first two years have been successful as they have been able to set up new projects and find industrial partners for them.

Synthetic biology by itself combines biology with engineering, Lahtvee explained. “So, basically, what we do is – we engineer biological systems. We give new functions to living organisms. For example, we modify yeast cells with the aim of creating new, valuable chemicals,“ he said.

One topic they deal with is the production of a component in rose oil out of sugar with the help of yeast. This component is widely used in both the food and cosmetics industries. “We want to use yeast to produce it as it is very expensive and not environmentally friendly to extract from flowers,“ Lahtvee explained.

Although they currently use sugar as a substrate in the lab, the final goal is to use raw materials originating in Estonia (e.g. residual products from the food industry, sugar segregated from biomass, whey from the dairy industry or residues from the oil shale industry [phenols]), and repurpose them into something useful and not harmful.

One aspect of this work is economical – to make the processes more efficient. “We can find new implementations for the majority of organic residues and, in this way, repurpose them,“Lahtvee said and added that the other, environmental aspect, is also very important. “If we can use renewable raw materials, then maybe we can replace the over-consumption of fossil fuels. And then we can also reduce carbon dioxide emissions.”

Lahtvee noted that they try to find processes that could use the same carbon dioxide, so that the gas and its nature/properties could help create new materials.

Moreover, the microorganisms and the respective processes have to be efficient enough to compete against the processes which use fossil fuels. “There are already many research groups which can produce different chemicals in the lab, but only limited number of processes have so far reached the appropriate industries. This is because the older, fossil fuel-based methods are currently still cheaper,” Lahtvee stated, emphasising the key point for many researchers. Therefore, we are working towards processes, which areboth cheaper and better for the environment than the processes currently used.

Lahtvee has lived in a world of biotechnology and synthetic biology for 15 years. If in the beginning he was thrilled about how the usual descriptive biology was shifting towards engineering, then currently the trigger question for him is also about the limits that society sets for new technologies and possibilities. “Synthetic biology has many functions also in medicine. Initially, the goal will be to heal people from genetic diseases. But after that, I believe, it will be possible to substantially alter human’s genetic code. So the question is – if we can build a superhuman, how far the society is willing to go?“

Photo: Caption “The lab of synthetic biology has found its place at the Institute of Technology, University of Tartu”. Photo by Petri-Jaan Lahtvee.