Back
chemistry and molecular biologyengineering and technologynatural sciences

Plasma physicists are developing a technology that will help clean air 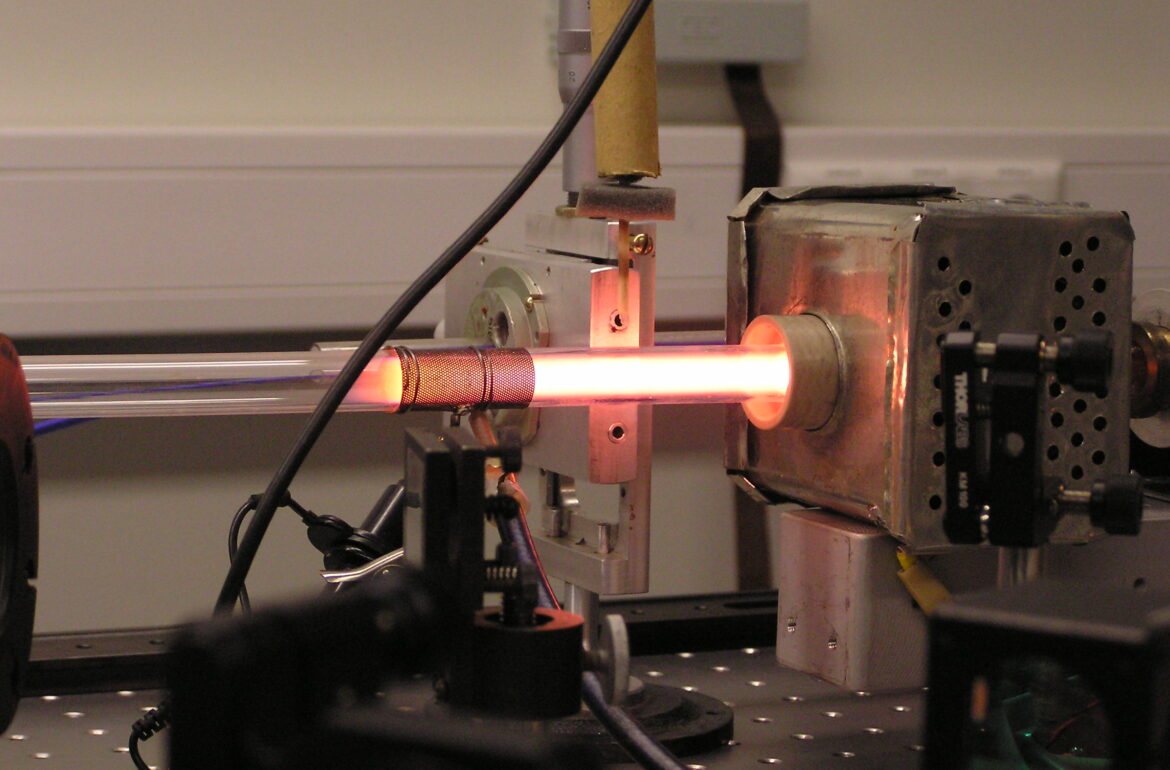 Even though the importance of solar and wind energy is ever increasing, we are still dependent on burning fuels in the transportation sector as well as in the production of electricity and heat. The main environmental problem associated with the combustion of fuels is related to the exhaust gases produced in the process. This is where plasma technology comes in handy, writes senior research fellow of plasma technology at the University of Tartu, Indrek Jõgi.

In addition to carbon dioxide, which is the most significant greenhouse gas and always in the media spotlight, there are other hazardous compounds in exhaust gases, of which the nitrogen oxides are among the most consequential. When these reach the atmosphere, they form nitric acid, which rains down as acid rain or creates smog.

Due to the hazardousness of nitrogen oxides, limits have been set for their emissions, and the strictness of these limits depends on the source of the exhaust gases.

Many strategies are available for limiting the quantity of nitrogen oxides in exhaust gases. Broadly speaking, it is possible to modify the burning regime or to collect and remove the produced nitrogen oxides before they exit the chimney.

There are many options for removing nitrogen oxides, for example, decomposition into nitrogen and water vapour (reduction) or neutralisation in water. The choice depends on the source of the exhaust gases as well as on the cost of removal.

Incidentally, it is worth pointing out that even though nitrogen oxides are considered to be dangerous compounds in exhaust gases, nitrogen is necessary for plant growth. Plants can use nitrogen for growing only when it is bound to compounds such as ammonia or nitrogen oxide. Therefore, nitrogen oxides are often one of the raw materials of nitrogen fertilizers, so producing them is a significant part of the industry using a lot of energy.

Considering the amount of energy needed for the industrial production of nitrogen oxides and the large quantities of nitrogen oxides created during combustion processes all over the world, it seems like a reasonable idea to collect these oxides from exhaust gases and use them as fertiliser.

One possibility would be to dissolve the nitrogen oxides in liquid. Unfortunately, the nitrogen monoxide NO formed during combustion does not want to dissolve in water. It becomes water-soluble only after further oxidation into nitrogen dioxide NO2, or even better, into dinitrogen pentoxide N2O5.

Oxidation requires suitable compounds such as oxygen radicals or ozone which can be conveniently produced by low-temperature plasma. In such an environment, the temperature remains close to room temperature, while electrons have sufficient energy for breaking the molecular oxygen contained in air into radicals and forming ozone.

Research carried out in the Laboratory of Plasma Physics at the University of Tartu showed that using the ozone formed by plasma is more efficient in binding nitrogen oxides than using plasma directly. This research was carried out under the Estonian Research Council’s personal research funding start-up grant “The role of plasma generated active species in the catalytic processes on metal oxide surfaces”.

The advantage of ozone becomes especially clear with large quantities of nitrogen oxides, which are found in the exhaust gases of diesel engines for example. The ozonators based on plasma technology allow to make rapid adjustments in the output of ozone, which enables to quickly adapt to the changing amounts of exhaust gas.

On the other hand, oxidation by ozone is a relatively slow process and would thus require a very tall chimney, which makes it more expensive. Furthermore, it creates a problem with excess ozone, which cannot be just released into the atmosphere. As always in such cases, a catalyst could be used for accelerating the process.

Usually, precious metals are used as catalysts. The research conducted by the Laboratory of Plasma Physics at the University of Tartu showed, however, that even the simple and cheap catalysts – such as titanium dioxide TiO2 that is used in sunscreens and iron oxide Fe2O3, which is a component of rust – enable to accelerate the removal of nitrogen oxides, and as a bonus, decompose the excess ozone. With the help of such catalysts, the oxidation process can be made so efficient that the efficiency of ozone production becomes the limiting factor instead.

Scientists at the University of Tartu have contributed significantly to the development of this field by developing a comparison method for catalysts and by explaining the processes taking place on the surface of catalysts. The next steps in the research must show that the nitrogen oxide removal process based on plasma technology also works with industrial exhaust gases. The adaption of the technology would also benefit from the reduction of the cost of ozone production.