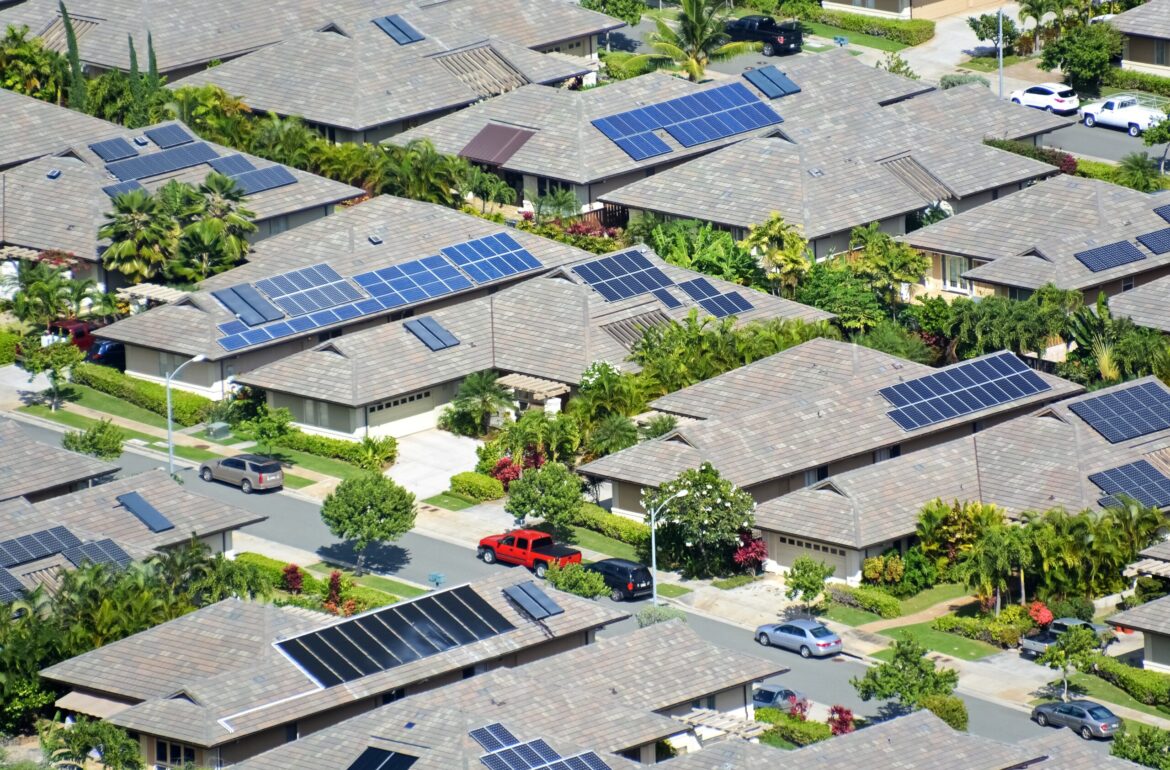 The rapid development of photovoltaic materials and devices, and an equally fast reduction of their prices, brings a tremendous opportunity to integrate photovoltaic energy generation into buildings, writes Andrii Chub, a Senior Researcher at Tallinn University of Technology. However, often there is a missing link between a solar panel and the electric grid or in-house microgrid.

Can power electronics converters be designed flexible and small enough to be universally compatible with different photovoltaic technologies for solar buildings?

Buildings are an integral part of our life. Consequently, they consume roughly 40% of energy and cause a comparable share of CO2 gas emissions. The last decade has seen the development of new energy-efficient materials, and technologies for construction buildings with minimum energy losses and consumption. At the same time, other technologies, like electric grids, were evolving. At some point, it became apparent that distributed energy generation and storage is the best way to optimize efficiency and increase the stability of the electricity supply. Being a part of distributed power system, buildings can not only be consumers of the energy but also generate or store energy.

Solar photovoltaic technology provides a cost-efficient and flexible approach for energy-efficient buildings. Recently, solar architecture has shown considerable progress to help meet the requirements of new standards for building energy efficiency. Most of us are accustomed to photovoltaic systems installed on top of the existing roof. However, photovoltaic panels could be integrated into roof, façade, or even window.

The technology of solar facades has evolved into a wide range of solutions and vendors. The available products come in a variety of shapes of colors aimed at high aesthetics. They are intended to replace typical construction elements like metal wall panels, faux stone panels, etc. This means that solar façades serve two functions: energy generation and structural. Here is an example of a solar façade implemented in a Danish school. Photovoltaic tiles have effectively replaced the classical façade elements, which allows for on-site energy generation. However, its design is rather conventional. Future buildings could become more round to better utilize sun energy, from early morning till late evening. A good example of such a building is the “Solar Rock” project that was recently commissioned in a Taiwanese industrial park.

Solar façade is not the only building integrated technology, and new solutions appear every day, this market is expected to double in the next two years. New products and technologies are also being developed in Estonia: solar roofs, solar windows, and even e-pavement for walking paths around buildings.

The variety of building integrated photovoltaic technologies makes it complex to integrate them into the electric grid or use different solutions in one building design. In layman’s terms, some products could have voltage as low as three volts, like several AA batteries; thin-film solutions could reach one hundred volts. These scattered, nearly random, distribution of possible parameters requires each vendor to find a partner for the development of a specialized power electronic converter. This slows down system design and limits the flexibility of the solar architecture. This industry is in dire need of new power electronic solutions that can be low-cost, compact, and work with different photovoltaic technologies.

Many researchers tried to develop a new technology that can meet the industry’s expectations. Andrii Chub, Senior Researcher at the Department of Electric Power Engineering and Mechatronics of the Tallinn University of Technology, offers a solution that meets all the mentioned expectations.

His paper “Ultrawide Voltage Gain Range Microconverter for Integration of Silicon and Thin-Film Photovoltaic Modules in DC Microgrids” published in IEEE Transactions on Power Electronics, explains that silicon and thin-film photovoltaic products differ significantly in their parameters. It quantifies that a really universal interface converter needs to handle an input voltage as low as five volts, like phone charging voltage, and as high as a hundred volts, requiring the twenty-fold regulation range. Thanks to the Proof-of-concept grant “Universal photovoltaic-to-microgrid interface” from the Estonian Research Council, Dr Chub was able to develop a device that can be used in solar buildings with any photovoltaic technology, leaving much freedom to solar building designers and civil engineers implementing projects.

“The developed converter is expected to be fitted under solar facades or roofs. Making it small and efficient enough without increasing its cost required a new approach. Thanks to the support of the Estonian Research Council, we have created a new class of devices, previously not seen in literature and practice,” states Chub.

“It is smaller than an A5 sheet of paper and as thin as twenty millimetres. Considering its electrical parameters, it has no analogues in the world,” he adds.

This new development adds to the extensive portfolio of Estonian clean energy products suitable for solar buildings and districts.

This article was originally published by Tallinn University of Technology.